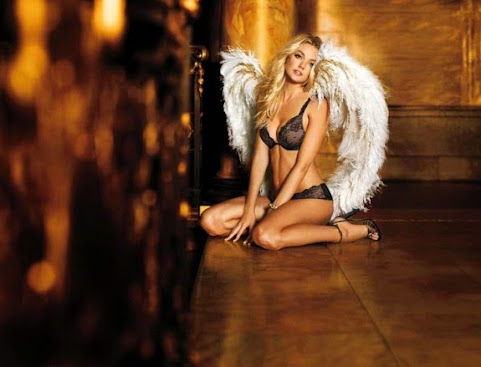 Right now we notice that angelic hottie Erin is undergoing a well-deserved career renaissance in Chicago and that inspires us to share community news, pop culture and top headlines.

KANSAS CITY, MO (KCTV) -- New coronavirus-related hospitalizations have declined slightly in the Kansas City metro area since this time last week. Hospitalizations decreased by just under one percent over the past seven days in the metro area. Some counties saw significant decreases, while a few notable areas had increased new hospitalizations.

KANSAS CITY, Mo. - Several catalytic converters have been stolen from Kansas and Missouri businesses and nonprofits, cutting into their bottom line. Gold Star Motors KS in Kansas City, Kansas, was one of those businesses.

KANSAS CITY, KS (KCTV) -- A KCK bus company is inviting Chiefs fans to come along on a road trip to Super Bowl 55 in Tampa. "We promise a lot of fun. It's going to be a blast," Operations Manager of Heartland Trailways, David Burnett said.

She was scouted at 17, and she put on her first Victoria's Secret angel wings at 21. Now the 30-year-old supermodel is returning to her roots, postbankruptcy - living in River North and reconnecting with the girl who fell in love with basketball, swimming, and healthy foods while growing up in Skokie.

Five of former President Donald Trump's impeachment defense team attorneys have stepped aside a little more than a week before his Senate trial is set to begin, according to people familiar with the case, amid a disagreement over his legal strategy.

Meena Harris, the industrious and outspoken niece of Vice President Kamala Harris, is creating an optics issue for the White House. Meena, 36, flew to the Inauguration on the private plane of a Biden inaugural donor and posted about the trip on her Instagram stories.

Joe Biden won the presidency, then he shunned the spotlight

White House aides describe the strategy not so much as delegation but as an concerted effort to restore confidence with a public battered by the contradictory messaging and scorched-earth politics of the Trump years. In just over a week, the White House has booked 80 TV and radio interviews with 20 senior administration officials, members of the Covid-19 response team and Cabinet secretary designates.

Two members of the far-right nationalist group the Proud Boys were indicted on Friday in federal court for conspiring to obstruct law enforcement and other charges related to their participation in the deadly riots on the Capitol on Jan 6.

Kansas City Stays Caffeinated Through The Pandemic, But How We Drink Our Coffee Has Changed

It's hard to imagine something more consistent, in times of upheaval, than coffee. Our love for this bitter elixir is surpassed only by our dependence on it. The story begins with the legend of an Ethiopian goat-herd noticing that when his goats ate some magical berries - evidently, coffee beans - they were too amped up to sleep.

Eric Fisher: Not playing in Super Bowl will be "gut-wrenching"

KANSAS CITY, MO (KCTV) -- Kansas City Chiefs offensive lineman Eric Fisher, in a Facebook post on Saturday evening, said it will be gut-wrenching to not play in the Super Bowl. Fisher injured his achilles in the second half of last weekend's AFC Championship Game against the Buffalo Bills.

Cloudy, windy and cold for Sunday

Hide Transcript Show Transcript COLD WEATHER PATTERN BY THEN TODAY. WE'RE JUST CLOUDY WINDY AND COLD. IT'S 33 DEGREES AS YOU CAN SEE COMPLETELY OVERCAST NORTH NORTHWEST WINDS 15 MAKES IT FEEL LIKE IT IS 23 THE WIND IS GUSTING UP TO 30 MILES AN HOUR IN LEE'S SUMMIT AND GRANDVIEW, OVERLAND PARK AND SHAWNEE AND PLATTE CITY.

Bob Marley - Redemption Song is the song of the day and this is the OPEN THREAD for right now.

Of course Biden shuns the spotlight. Unless is is double dose on his medicine and reading from a prepared speech, it is obvious that he in the early stages of dementia. I have seen this in nursing home patients before...once it gets to this stage it will start to accelerate more rapidly as they age.

If anyone has a problem with dementia, it's Trump, who refuses to accept the fact that 8 million more people voted for Biden than for him.

Biden, by the way, is only four years older than Trump, so if you think Trump's going to be a candidate in, ummmm four years, you might keep that in mind.

Biden has dementia. No doubt about it.

Biden is not my President.

^^^ Yeah, but that's only because you're a troll China-bot bitch.

Biden is your daddy though so...

Who can blame them? They left Trump but kept their dignity.

Biden is "low key" because he is a senile puppet.

Biden has no original thoughts of his own; he just signs Executive Orders prepared by whoever is really running the country behind the scenes.

A corrupt life-time politician hand selected by the elites for a stolen election. 2016 was supposed to be either Jeb Bush or Hillary Clinton and Trump unexpectedly derailed that game plan.

Stolen election and yet somehow not even a republican court would believe the claims?

I guess Trump himself is the only thing in the country not in on the steal?

You absolute fucking retards to believe that shit.

Trump pissed off the global elites by his fighting for the everyday citizen.

That is why there was illegal wire-tapping of Trump and his family by the FBI, false Russion Collusion hoax by the FBI, 24 /7 attacks on Trump by the Corporate Media, false impeachment, fixed Presidential debates, Covid - 19, orchestrated BLM / ANTIFA riots, ballot harvesting, mail-in ballots, rigged vote counting on election night.

It's surprising despite all of the efforts above, Trump still stood strong and fought back. That's why patriotic Americans support him. They could see this was a rolling Presidential coup over the last four years.

Dont you find it a bit weird that GOP lawyers and judges can see Trump is full of shit but you can't see it even though you live in Trump's anus?

Yeah; a bunch of hat you call "patriotic Americans" supported him, by doing exactly what he told them to, tried to overthrow the American Government, and are now paying the price for Trump's failed insurrection while he hid in the White House bunker and then ran away to Florida!

Patriots my Ass!
American Patriots are the voters who threw that would-be Dictator out n his Butt in November!

Biden and Pelosi are cowering behind 25,000 National Guardsmen and miles of razor wire.

Now they want a wall around the Capitol.

They stole the election, they know it and now they are afraid of the American populace.

Trump would stand on stage in front of tens of thousands of Americans at his rallies. The American working class loved him and he had no fear they would harm him.

Peelousy has the beginning stages of Alzheimer’s, have you noticed how bad her stuttering and shaking has gotten?


Screw the chiefs no one cares about these dirty morons or their bus rides. Thousands are out of work and people are wrapped up in how to get a football game played by idiots who get by with breaking the law and disrespecting the country. Pathetic and unbelievable.

hope mahomes toe will be ready for all the extra running he will have to be doing.

probably, but in the available photo here she appears to be just an ordinary mother of two.

Dignity? Is that what you call the public fellating of the Plagiarizer in Chief by the lamestream media? I'm talking about China Joe here.

Isn't it interesting that so far all Biden has done is enact Kamala Harris' agenda, even though she only got 6% of the Democrat vote? Yeah, Joe Biden is President, alright.

^^^Kamala lets Joe smell her hair if he does what she says.

Regarding the Catalytic Converter thefts, somebody's buying them, start there.

EENA, MEENA, MINY, MOE
The Harris family is fake from head to toe.

Look at a photo of Kamala Harris next to her "sister" Maya, and you can easily tell they don't share the same 2 parents.

Meena Harris was born to Maya, when her mother was 17 and unmarried.
Meena Harris has an unknown white father, which the family refuses to disclose.

Kamala Harris married for the 1st time at age 50, to a Jewish attorney, in a politically arranged marriage, to present an appearance of normality prior to a run at national office.

Maya Harris married a black attorney who works for Uber.
Meena Harris reportedly has 2 children with a man who works at Facebook, though they've never married.

The entire Harris family is likely a staged fraud, just as the Obama family was a fabrication to create a political backstory.

You forgot Kamala sucking off a married man many decades her senior as her main path to glory. Because that's the feminism we've heard so much about.

And in freak news: Transgender icon and pioneering electronic music producer and musician Sophie fell to his death Saturday morning in Athens in “a terrible accident,” his label said in a statement. It was 34.

Sophie slipped from the balcony of an apartment where he was staying and no foul play was suspected in his fatal fall, an Athens police spokesperson told the Associated Press.