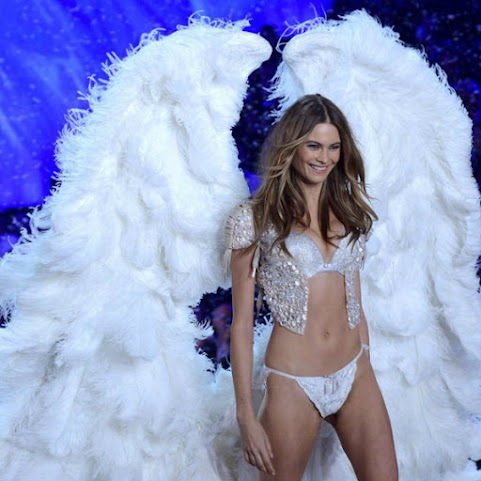 Right now we take a peek at hottie Behati living her best life along with pop culture, community news and top headlines.

KC small businesses to apply for 2nd round of PPP loans

KANSAS CITY, Mo. - Starting on Monday, businesses can apply for Paycheck Protection Program loans, as $284 billion is up for grabs to help them survive during the COVID-19 pandemic. It's been a long time coming for several KC metro small businesses, including Mills Record Company and Wiseblood Books in Westport.

Local comic book artist passes away after battle with COVID-19

JACKSON COUNTY, MO (KCTV) -- The community is now in mourning after a famous Kansas City metro comic book artist passed away after battling COVID-19. "He was definitely hilarious, passionate but extremely kind," says Virginia Bernstein. On Friday morning Bernstein's uncle Steve Lightle, who was battling flu like symptoms, passed away from cardiac arrest.

The Kansas City Ballet has joined most other area performing arts companies in canceling events through at least the first half of this year because of the pandemic. The ballet announced Sunday the cancellation of the remaining three events of its 2020-21 season: "New Moves," Feb.

Behati Prinsloo shares never-before-seen photos of her wedding dress, which her husband, Adam Levine, ripped so she could dance better

In honor of the designer Alexander Wang's birthday on Saturday, Behati Prinsloo shared never-before-seen photos of the wedding dress she wore to marry Adam Levine in 2014. The fitted gown, which Prinsloo wore to her wedding reception, has cutouts down to her thighs on the sides and a low neckline covered in sheer fabric.

President Trump is "deranged, unhinged, dangerous," and deserving of prosecution, House Speaker Nancy Pelosi says in an interview scheduled to air Sunday night on "60 Minutes." The San Francisco Democrat sat down for a conversation with Leslie Stahl of the CBS News program last week following Wednesday's siege of the U.S.

WASHINGTON - Vice President Mike Pence will attend the inauguration of President-elect Joe Biden and Vice President-elect Kamala Harris, according a person familiar with his decision. A loyal lieutenant to President Donald Trump, Pence was criticized by the president over his role counting Electoral College votes in Congress and was one of the people trapped inside the U.S.

An ex-aide of Melania Trump - and once a good friend - has penned a scathing op-ed about the first lady, accusing her of just standing by while the president destroyed America. Stephanie Winston Wolkoff wrote her piece for the Daily Beast, prompted by the rioting at the Capitol.

Now we have the coronavirus vaccine, how soon can we get back to normal life?

When will the Covid-19 vaccine begin to have an effect on the nation? The government has pledged to offer vaccines to 15 million people - the over-70s, healthcare workers and those required to shield by mid-February, and millions more by spring.

Prince Harry and Meghan Markle have "no plans" to return to social media almost a year after Megxit. A source close to the ex-royals told The Times of London that they're "very unlikely" to have an online presence, mostly due to the "hate" they've received.

In normal times, there might've been dancing in the street at the news that the federal government had approved a $174 million funding agreement to extend the Kansas City Streetcar line. Granted, in normal times there wouldn't be a pandemic and fallout from an insurrection in Washington competing for attention.

Food Critics: Where To Get The Best Spicy Food In Kansas City In 2021

The problems we encountered in 2020 are still very much present in January 2021. And for that reason, some of us are reaching for the kind of pain we have control over: extremely spicy food. "You are meant to feel and taste something when you eat spicy food," says food critic Jenny Vergara.

More sunshine and warmer temperatures coming in week ahead

Hide Transcript Show Transcript IF YOU DO WANT THAT HEAD SOUTH. IT IS SNOWING IN TEXA RIGHT NOW. HERE IN KANSAS CITY, 24 DEGREES, THAT'S THE COLDEST WE HAVE SEEN SO FAR. IT CAN FEEL LIKE 17 DEGREES, REALLY COLD WHEN YOU GO OUTSIDE. 27 AND SLID -- IN SEDALIA, 25 IN OLATHE.

U2 - I Will Follow is the song of the day and this is the OPEN THREAD for right now.

Time to vote the bum out!

Asshole just can't get it through his head that he's a failure as President, just as he failed as a TV Host, as a Casino Operator, as a Meat Peddler, as a College President...

And you assholes want the Congress to impeach a guy who has 10 days left as President.
You geniuses know that he will need to be tried also?

Who are the stupid ones here?


Pelosi's laptop is in the hands of the military. Did special opps seize it during the DC invasion by ANTIFA?????? Ha Ha Ha Ha Why is the radial left so scared all of the sudden? BOOM?

There is no way Meghan Markle is going to stay out of social media. She eats drinks and lives on it.

@7:48 the purpose of a secong Impeachment, if he were to be convicted by the Senate this time, would be to bar Trump from ever being able to serve in any Elective Office in the United States again. It also would th scondary purpose of punishing him for the crimes he has committed (Incitement, personal enrichment, misuse of power, etc.) while in Office.

And yet I'm sure both will care enough to hang on your every word. Weird.

8:05 Trump did no such thing and every cable news lawyer has said so. Here’s something you should really be concerned with and it involves Nancy peloosy who happens to be the one that’s bat shit crazy. You do know when chyna joe and both his hoes get thrown out she takes over as President right? Anyway, talk about incitement and insurrection....

“Democrat Speaker of the House Nancy Pelosi has yet to voice objections to violent mobs pulling down the Christopher Columbus statue in Baltimore. When asked by a journalist whether statue removals should be “done by a commission or the city council,” Pelosi responded nonchalantly.”

“People will do what they do,” she said as she shrugged.

And somehow she blames trump for one two hour event when she’s encouraged and paid for her own people to destroy multiple dimwit run cities with countless injuries and deaths.

This has been the entire dimwit party’s response to four years of violence and bloody mayhem. Throw her out! Lock her dumb ass up!

8:05 speaking of enrichment, the biden crime family has made tens of millions of dollars off of China, just ask hunter! Need more proof? Hunters laptop has all the evidence you’ll ever need! Hahahahaha!

By the way, Nancy says hi from her $30 million dollar San Fran mansion.... complete with not one but two $24 thousand dollar refrigerators filled with $11 dollar pints of ice cream! Hahahahaha!

Hold on a minute, I lied, she’s staying at the vineyard she owns hiding from those mean old trump supporters! Lmao!

Mike Pence, Mitch McConnel, Mitt Romney prove that all politicians of all parties are slime balls.

Trump was an Independent, a Patriot who loves his country. Thus, he was destroyed and demonized by Corporate Media, the FBI, CIA and long-time political leaders of Washington D.C.

We need term limits for U.S. Senators and Representatives but they will never vote for an amendment to enact term limits as that would end the gravy train.

I need help here, can anyone find any comments or anything where the demoncrap party has condemned any riots over the last four years other than the one the peaceful protest at the capitol building?

Incitement? Insurrection? Nah, she’s a dimwit so it’s ok amirite! Not one complaint from the lame stream media about who paid for all these riots over the last four years and not one word complaining to the dimwit party for their failures to try and stop people from rioting let alone condemn them for it.

^^^ that’s plan “B” to remove commie Harris from office when the time comes for peelousy to step into the presidency. And when she finally dies from old age and hopefully a nasty death from covid, hitlery slides in the back door.

^^^And 82 million Americans say you're full of shit. Weird.


You lost. Get over it. Fuck your feelings.

I want my vote back, I didn’t sign up for all this crazy stupid shit going on with Nancy and her senile old ass party of hate and destruction.

9:16 the whole country lost, you’re just too stupid to know it.

82 million Americans say lock up every MAGAT CHUD. Biden’s your Trump, nothing you can do about it. Fuck your feelings.

82 million Americans, my ass. About 20 million in illegal votes. Nearly 20% of Demoncraps say the voting was rigged to help Basement Joe. They are the smarter ones in the clan.

Wonderful that KCMO can waste more money on a free streetcar for tourist. I have an idea. Make the riders pay for the trolley and eliminate the earnings tax.

Stephanie Woltkoff, Melania's Chief of Staff, is the lowest form of scum there is.

She worked with Melania years, and then jumps ship like a rat and tells the most disgusting lies about Melania.

There is no loyalty in this country anymore. Look at Pence, McConnell, and Lindsey Graham.

Look at the stolen election that the courts refused to even hear the evidence and affidavits.

America has sunk into a Democrat Party Communist cesspool and our country's enemies are ready to pounce. I guess we deserve it for all the wars we waged on others.

"passed away from cardiac arrest."

Cardiac arrest does not show warning symptoms in nearly half the cases. The main symptoms are:
Loss of consciousness
Collapse/fainting
Absence of breathing
No pulse
Sometimes, chest pain, light- headedness, palpitations or vomiting may be seen before the arrest.

Another example of someone being labelled a "Covid-19 death" when it was something else.

Did Oprah instruct the reverse Mchomie Prince and The Hollyweird starlet ? asking for People Magazine