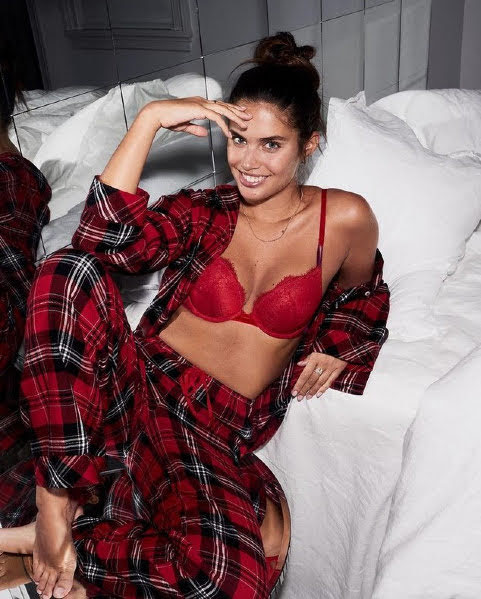 When diners go out to eat for KC Restaurant Week, they'll be helping one of the nation's most vulnerable populations amid the COVID-19 pandemic. The Don Bosco Centers are among the beneficiaries and will receive some of the proceeds from restaurant owners.

TO KANSAS CITY. UNION STATION HAS PLAYOFF BEAVER. YOU CAN SEE THE CHIEFS AND BANNERS DECORATING THE OUTSIDE OF UNION STATION.

KANSAS CITY, Mo. - A Northland woman has been fighting since June to be reimbursed for a fuel mix-up at a pump that caused nearly $2,000 in damages. Liz Hein said that minutes after filling up her car at Sam's Club, it broke down.

Sara Sampaio showed off her jaw-dropping supermodel curves on Instagram this week when she rocked a yellow bikini in an idyllic setting. The Victoria's Secret Angel wowed in the stunning photo shared to her account on January 6, in which she perched on a thick branch next to a waterfall after seemingly taking a dip in the water.

US Democrats plan to introduce an article of impeachment against President Donald Trump for his role in Wednesday's invasion of the US Capitol. The charge of "incitement of insurrection" is set to be introduced by House Democrats on Monday. They accuse Mr Trump of encouraging a riot in Congress in which five people died.

Former Secretary of State Hillary Clinton had some fun at the expense of President Trump Friday following Twitter's announcement that his account had been permanently suspended. Following Trump's brief suspension from the social media platform after the violence that took place on Capitol Hill Wednesday, Twitter announced on Friday evening that the president will no longer be able to tweet.

Washington, DC's Metropolitan Police Department made roughly five times as many arrests during the height of last June's Black Lives Matter protests compared to the US Capitol insurrection on Wednesday, a CNN analysis of the police department's data found.

Trump a Twitter rival? After ban, president says he's in talks with other platforms -- or may launch his own

Why tweet it when you can Trump it? President Trump on Friday said he is considering other social media platforms and may even create his own after he was banned from Twitter in the wake of Wednesday's U.S. Capitol riot. He has also been blocked from posting on Facebook and Instagram -- at least until his term ends.

More than two months after Alex Trebek's death, fans of "Jeopardy!" finally got the chance to say goodbye. A video tribute to the host closed Friday's episode of the quiz show, the final one that Trebek taped before pancreatic cancer claimed his life on November 8.

As organizers look to re-open the doors to Walt Disney's historic Laugh-O-gram Studios, they're introducing Kansas Citians to a new era along Troost - in-part ushered in by a Kansas City Chiefs star and one of the city's highest impact non-profit organizations.

KANSAS CITY, MO (KCTV) -- Among the first dispensaries in the metro is set to open Friday. From The Earth in Brookside will open its doors beginning at 11 a.m. At least three other locations in the metro including downtown and in the Crossroads will also be coming soon.

Cloudy start to Saturday, some sun in store for Sunday

ZAYN - Vibez is the song of the day and this is the OPEN THREAD for right now.

Democrats wasting more time when they should be focused on covid.

Did anyone read the letter the CEO of TJ Maxx put out. You can read it on TJ MAXX web page it's very disturbing. He's a white guy but he hates white people and won't help any white organizations. So for me TJ Maxx, Marshall's, Sierra Trading. and Home Goods are history. Let BLM support them.

Trump's approval rating rises after DC protests. Didn't you just love the ANTIFA guys with Trump hats on??? They think we didn't know.

^^and yet every single thing you wrote was a lie. Typical Geriatric fucktard response. Treasonous, traitor Trumptard. Weird.

That Kelce project sounds awesome. I do hope they focus on training kids for real jobs.

8:24: Agree. These Trumptards merit Mary McCarthy's comment about Lillian Hellman: Every word they write is a lie, including "and" and "the."

"The info out there says"?
Is that statement on the order of Trumpy's "people say" and "everyone knows"?
I ask because the grown-ups can tell that those phrases are Trump's codewords for "what I'm about to say is another lie".

Go fade away just like "The Donald" and his brood od nutlings are going to do after January 20th - after all, "The info out there says" that Trump will be completely disregarded by April, except for Prosecutrs and Grand Juries.

Well, no. Your problem remains, which is that about half of the country thinks you're laughably full of shit.

That Kelce project sounds awesome. I do hope they focus on training kids for real jobs.

Will train utes to hotwire any vehicle.

Ignorant Republicans Riot And Don't Even Get Any Big-Screen TVs

RE: Handcuff comparison: How many were at the BLM Rally(?) versus the 40-45,000 at the MAGA Rally? Probably two to three time the people. Also ther were downtown store fronts smashed, Limo's torched and convenience stores sacked. I mean, I suppose your goal is a fair comparison....NOT!