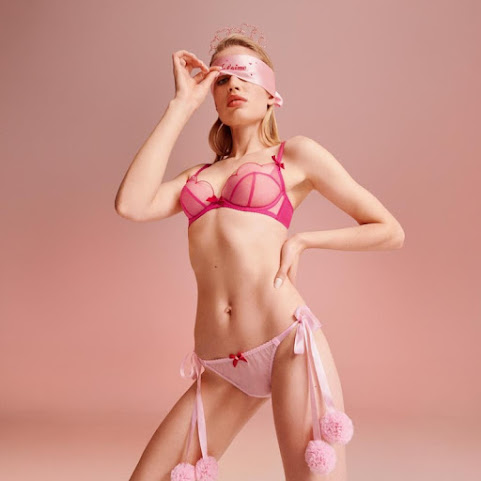 Right now we start our morning by noticing that lingerie companies are stepping up their game as V-Day approaches. Meanwhile, we offer an extend glimpse at the news scene with a glance at pop culture, community news and top headlines.

Washington D.C. and states across the country are bracing for possible violence after the assault last week of the U.S. Capitol. Angry exchanges on social media sites are causing an increasing number of people to believe that their personal safety is in danger.


Give Us A Brake

KANSAS CITY, Kan. - A winter storm is covering the metro in a layer of snow and ice, causing hazardous driving conditions. A crash, caused by dangerous roads, was caught on camera. SCOUT camera video showed a dark-colored sedan parked on the shoulder of northbound K-7 at State Avenue.

Local creative arts are getting creative

Relying heavily on live performance and interactive experiences, our local arts community was unsure how they would stay afloat when the city went on lockdown in March. However, the pandemic has demonstrated the resilience and creativity of the arts in Kansas City. These organizations have not only adapted but are thriving with COVID safety precautions in place.

Trump Is on the Verge of Losing Everything

President Trump's second impeachment, like the other repudiations he has suffered, feels provisional. He is never quite banished. He is impeached, but Senate Republicans refuse to convict or even allow evidence into his trial. He loses the election, but won't concede, and may just run again.

Joe Biden's coronavirus rescue plan isn't bad. But it could be better.

President-elect Joe Biden announced Thursday night his plan to combat the coronavirus pandemic and repair the economy. The proposal would cost $1.9 trillion - a giant package, more than twice the size of President Obama's Recovery Act.

After a year of civil unrest, the U.S. is running low on body armor and gas masks

Just days before a new president enters the White House, promising to unify a dangerously divided country, the state of the union can perhaps be judged by this metric: The U.S. is facing a shortage of bulletproof vests, gas masks and ballistic helmets.

The Black Barbie doll is holding a replica of the author's memoir I Know Why the Caged Bird Sings Mattel is paying tribute to the late Dr. Maya Angelou with a Barbie doll in her likeness.

After a mural promoting upcoming music from Selena Gomez, teasing the titles "De Una Vez" and "Baila Conmigo," popped up in Mexico earlier this week, it was only a matter of time before fans got to hear Selena's much-anticipated Spanish-language tracks, and see the art that came with them.

KANSAS CITY, Mo. - Whether they lived in Cleveland Heights, Glenville or Lorain, three Kansas City Chiefs players can all agree they once cheered for the Cleveland Browns. "Definitely I was a Browns family growing up," linebacker Anthony Hitchens said. "Where I'm from in Lorain, you really have no choice.

The Kansas City Chiefs might win everything and not lose anyone

Every year, the NFL's less fortunate franchises (or those with self-inflicted wounds known as a toxic culture or poor leadership) are given the opportunity to wipe the slate clean, to start fresh, to import new leaders in order to re-position the team for a brighter future.

Saturday will be cold with partly sunny skies

Hide Transcript Show Transcript I'VE ADDED THE VISIBILITY HERE. THEY'RE IMPROVING. WHAT'S LEFT OF THE SNOW FALLS APART BY LATER ON TONIGHT BUT THE CLOUDS ARE GOING TO HANG IF YOU HAVE FOR -- TOUGH. AS I MENTIONED, WE GO THROUGH THE 20'S AND THAT'S WHERE WE COULD SEE REFREEZING, ESPECIALLY AFTER 10:00, MIDNIGHT AND BEYOND.

Selena Gomez - De Una Vez is the song of the day and this is the OPEN THREAD for right now. Keep going after the jump for more local links . . .

Fewer new loans to farmers continued to drive a pullback in agricultural lending activity. The Kansas City Federal Reserve Bank reported this week that stronger prices for agricultural commodities, alongside continued support from government payments, may have reduced financing needs for some farmers and contributed to the slower pace of lending.

KC woman looking for family of man who died in cold

A Kansas City woman is trying to find the family of a man found dead in the cold in a vacant building. It's been nearly two weeks since he died. The medical examiner's office identified him as Andre Holden, 67."Somebody is missing him.

KANSAS CITY, Mo. - Kansas City, Kansas, Mayor David Alvey on Friday filed paperwork to run for a second term as the Unified Government's top executive. "It has been my honor to serve my community as Mayor/CEO for these past three years," Alvey said in a news release issued by his campaign.

How to get the COVID-19 vaccine and get tested, county by county in KC

Courtesy of Unsplash Missouri and Kansas have begun their COVID-19 vaccine rollout. Rollout in Kansas is still in its initial stages, to be given to healthcare workers as well as residents and staff of long-term care facilities. The first phase in Kansas is expected to be completed by the end of January.

KANSAS CITY, Mo. - The Olathe Police Department announced Friday it is adding a new Advanced Crisis Intervention Team (ACT). The program is a partnership between the department and the Johnson County Mental Health Center Co-Responder program. ACT will consist of one police sergeant and three police officers who are trained in crisis and mental health first aid from the department.

The Platte County Health Department's Board of Trustees adopted a new public health order Friday, allowing restaurants, taverns, and other food and drink venues to remain open until 12 a.m.The order is a change from the previous Platte County Order, which required such venues to close at 10 p.m.

KANSAS CITY, Mo. - As the vaccine rollout continues in both Kansas and Missouri, there's a nonprofit group called Black Health Care Coalition working to inform Black communities on the facts of getting the COVID-19 vaccine. The organization has been around for over 30 years, but it now has a new mission, which is to educate and calm any fears regarding the COVID-19 vaccine.

A former administrator at the University of Kansas Medical Center faces criminal charges that he embezzled more than $500,000 from KU. A charging document filed this week in federal court accuses Michael Ahlers of diverting the money from the KUMC Credit Union between 2009 and 2015.

TOPEKA, Kan. - The Kansas Department of Labor announced Friday it will start doling out money Congress passed late last year to extend unemployment assistance. But they didn't provide an exact time frame for people who have been waiting and watching the federal money get distributed in other states.

Chiefs 'Run it Back' tour storms into Kansas City's Legoland

KANSAS CITY, Mo. - A metro attraction put a new spin on the Kansas City Chief's 'Run it Back' Tour. Marcel Karczewski is a master model builder at Kansas City's Legoland Discovery Center. He also built some of the new Chiefs-themed creations on display. "It's pretty special.


Fans Playoff Each Other

KANSAS CITY, MO (KCTV) -- Orange and brown colors were on full display at KCI. For the first time in 18 years, Cleveland Browns fans are excited to finally be able to sport them during playoff time, as the Dawg Pound fans have officially arrived in Kansas City.

Memories of Restaurants Past

During Restaurant Week in Kansas City we celebrate great food from great restaurants at reasonable prices. Kansas City has a reputation for fine dining that includes more than bar-b-que, but as demographics change and consumer tastes evolve, restaurants come and go. Many of our favorites are gone but not forgotten.


Where this news comes form is beyond me. Trump is not about to lose anything.

^^^ Well, he already lost the presidency.

Anybody else who started a riot should be given the same treatment.

^^And yet none of that will happen. Weird.

YOUR FREINDS IN CRIME, THE BIDEN FAMILY said...

It's all thieving China and Hunter Bidet's fault. They colluded with The Ukraine and China. We must start impeachment proceedings at once!

“The bottom line is that I believe Donald Trump would be an absolute, utter disaster for the Republican Party, destroy conservatism as we know it. We’d get wiped out, and it would take generations to overcome a Trump candidacy."
Lindsey Graham - Mar 24, 2016

“Last night, if you were looking for competency Donald Trump fell short.”
- Sept 8, 2016
“I have never been comfortable with Donald Trump as our Republican nominee.”
- Oct 8, 2016
“Name one sports team, university, publicly-held company, etc. that would accept a person like this as their standard bearer?”
- Oct 8, 2016
all Lindsey Graham

^^^Yes do continue wasting your time. It's obvious you have nothing else.

Who cares what that RINO Lindsey Graham thinks? Libs, that's who. Trump will live in their heads rent free forever. Too funny!

If you don't think Trump is in for some serious legal exposure when he's out, I have a bridge I'd like to sell you.

Dude is fucked. He'll try to pardon himself, you wait.

Stupid Chiefs are going to lose tomorrow. Mark my words. Patty cases is a one and done Super Bowl champion. Let's see how long it is before this town turns on him.