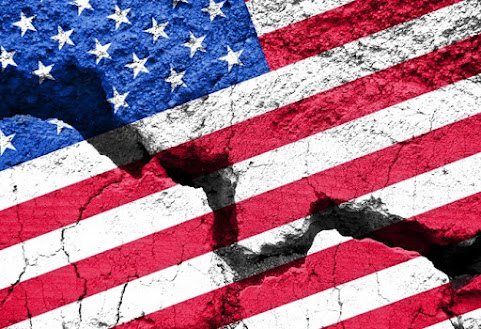 More news links on today's historic and deadly hot mess and/or insurrection with a local focus . . . And as the voting continues.

Across State Line & The Aisle

Representatives from Kansas and Missouri are reacting on social media after President Trump's supporters breached the U.S. Capitol building Wednesday. The Associated Press reported that according to a source, a woman who was shot inside the Capitol has died. The shooting came as dozens of protesters breached security perimeters and entered the U.S.

KANSAS CITY, MO (KCTV) -- U.S. Sen. Roger Marshall (R-KS) condemned Wednesday's events at the U.S. Capitol after supporters of President Trump breached the U.S. Capitol. Marshall, who announced over the weekend that he would object to the Electoral College's results, said he condemns the violence at the highest level.

KANSAS CITY, Mo. - Missouri Sen. Josh Hawley and Kansas Sen. Roger Marshall both held steadfast in their opposition to the certification of the Electoral College results after President Donald Trump supporters stormed the nation's capitol on Wednesday. Hawley said, once the Senate reconvened after an hours-long recess, that Congress is the "appropriate" place for concerns about the integrity of U.S.

Kansas Sen. Roger Marshall states the U.S. must have a peaceful transition of power, previously says he will object certifying Biden's victory

Members of Kansas and Missouri's Congressional delegations tweeted that they were safe after pro-Trump extremists stormed the U.S. Capitol Wednesday afternoon. Reps. Emanuel Cleaver, D-Missouri, and Sharice Davids, D-Kansas, said that they were sheltering in place. For two months, President Trump has falsely claimed that the election was stolen from him.

The protests that turned violent at the U.S. Capitol mark a new point in American history. It's been 200 years since something like Wednesday's violence occurred there."I think like most Americans I am appalled and disheartened by the actions," said Dr. Beth Vonnahme, a political science professor at UMKC.Vonnahme teaches political science and is the associate dean in the college of arts and science."So the last time I think the U.S.

Yes an insurrection but maybe the chuds overplayed their hand.

HI THIS IS JOSH HAWLEY A RIOT I HELPED INSTIGATE HAS MY OFFICE UNDER SIEGE, SEND MONEY

When the left protest they attack you and burn your business and neighborhoods.

When Whites protest they go after politicians and traitors.

We need a similar protest at city hall.

Josh Hawley's performance art show has left blood on his hands. His objection was to PA. PA's Republican Senator debunked all of Hawley's claims.

There was no fraud.

Donald Trump did not win.

Roger Marshall and Josh hawley caused the riot and 4 deaths at the Capital today. 60 courts have found no voter fraud and so has Barr. No fraud. But Josh and Roger are lying about it to get ahead politically. Both should be tried for treason and if found guilty, executed.

How many more times do I have to say this? MAGATS ARE VIOLENT THUGS BENT ON INSURRECTION! Wake up. Round up these cockroaches and lock them up for good!

Dead MAGATS on the streets makes me smile. Sleepy Joe kicks your ass yet again today.

Pleased at least 1 traitor breaking into the capital was shot dead. How dare she storm the nation's capital.

He's learned a lot from the grifter-in-chief.

Nearly 20 percent of Demoncraps think the election was rigged in Sleepy Joe's favor. A third of Independents think it was rigged. Those stats alone tells you they were rigged. The states better quit the cheating or else the Republic is doomed.

Hawley and Marshall are shocked--SHOCKED there was violence. The shock will be to their careers. Hawley is history.

build a gulag for these traitors