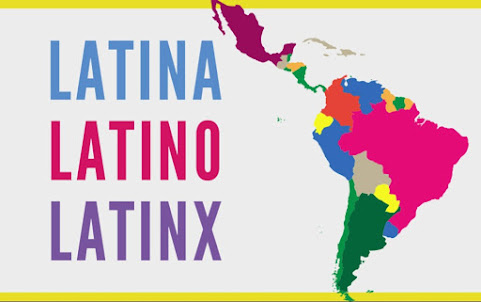 According to course descriptions, the Black Heritage course will aim to develop an understanding of the Black experience and its influence on Kansas City, the country and world. The Latinx course will aim to focus on the history of Latinx people in the U.S., emphasizing how they have contributed and shaped experiences as well as cultural imagination among different Latinx communities.

THE TERM LATINX HAS BEEN UNIVERSALLY REJECTED!!! AFTER YEARS OF TRYING BY ACTIVISTS & EDUCATORS, MOST LATINOS REPUDIATE THE PROGRESSIVE TAG!!!

Sadly, its likely this will be just another fallacy taught by the partially accredited school district that suffers from a dwindling student population and long-term institutional FAIL.

Reality . . . This is simply another reason for parents of every demographic to research home school, private school or any option to remove their youngsters from this ongoing disaster.

LMT: Over 90% of Hispanics and Latinos don’t like to be called Latinx

PWR: About One-in-Four U.S. Hispanics Have Heard of Latinx, but Just 3% Use It

Or you could just call them by their names.


Told you so, We are going into the NWO faster than you can shake a stick. Watching our country go down is not easy but wait until the real dictatorship starts. This is why the radicals want the boarders open, it has nothing to do with the love of others it has to do with control and they are easily controlled, coming from an already troubled country. Very sad days ahead but hey you folks cheated really hard for it.

How awesome ! Because Blacks and Mexicans just loooooooooooove each other ! BWAAAAAAAAAAHAHAHAHAHAHAHA !

Gender is an absolutely essential part of the Spanish language, as it is in all Romance languages. This idea of genderless pronouns must seem even more insane to people from that culture than it does from ours.

^^Well then mind your own fucking business? Howe hard is that CHUD?

Dey going to learn to shoot a pistol sideways.?

What about the Tranny Cultures

Howe hard is English for a sad old chimp?

How about teaching the 3Rs. Same mo matter what color you are, and actually can make you employable instead of a pie in the sky Woke idiot.

I don't like to be called, "CHUD," yet there it is. Some black bitch in here calls me a CHUD all the time. Dern't ker. I have a pension and a 401k. For blacks and liberals, that means as a white person, I get free money in addition to my wages. That's right. They just hand me money. It's what most white people get when they are issued their white privilege card. It's why the pandemic doesn't affect very many white people.

^^and yet here you are all alone on A Friday evening. You couldn’t be a more miserable failure of a CHUD if you tried. You’re so lonely, it’s pathetic and sad. Change your diaper CHID...you stink!

I think Latinos are too smart for this liberal ploy.

Never let others determine your identity and what you call yourself.

Case in point: Review the experience of Black Americans

Bet you're a hit at the Raytown Gloryhole.