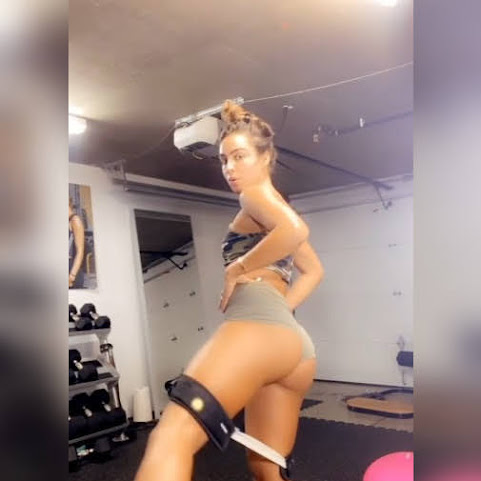 KANSAS CITY, Mo. - Metro hospitals are now stepping up efforts to get the public vaccinated. Jenny Tucker's coming off a crazy, hard year. First the pandemic, then a crushing breast cancer diagnosis. Both coming on the heels of adopting her 5-year-old granddaughter.

KANSAS CITY, Mo. - Truman Medical Centers/University Health is making it easier for seniors to get vaccinated by going into their communities to deliver the critical shot. "It's a great day to amplify awesome calls to be able to get the COVID vaccine, to share with the community that it's safe and to trust the science," Darron Edwards, pastor at United Believers Community Church, said.

Rep. LaDonna Appelbaum, D-St. Louis, said she received a dose of the vaccine after receiving a group text from Quade. Appelbaum said she waited in line at the hotel, where there were "many" who worked in the Legislature lined up to get shots, she said.

SommerRay/Instagram Sommer Ray just clocked 1.5 million views in under 24 hours, parading her massive apple bottom around and doing it in the skimpiest, cut-off shorts known to man.

As the numbers suggest a Trump acquittal, Senators explore censure and brace for impeachment trial

WASHINGTON - After a vote Tuesday suggested the Senate may likely acquit former President Donald Trump at his impeachment trial, Democratic senators searched Wednesday for ways to make their case against him. Many Republicans and Democrats conceded a Trump conviction seemed unlikely given the vote.

The union representing U.S. Capitol police officers says the force's leadership failed to adequately relay the known threat of violence ahead of the Jan. 6 deadly riot, calling the acting chief's recent admission of prior knowledge of the threat to Congress "a disclosure that has angered and shocked the rank-and-file officers."

Mike Pence has not owned a home in more than a decade, Business Insider reports The ex VP is currently thought to be staying either with his brother or at the Indiana Governor's vacation cabin Pence has teased a move back to Indiana, but some say he may rent a

LOS ANGELES (AP) - Cloris Leachman, an Oscar-winner for her portrayal of a lonely housewife in "The Last Picture Show" and a comedic delight as the fearsome Frau Blücher in "Young Frankenstein" and self-absorbed neighbor Phyllis on "The Mary Tyler Moore Show," has died. She was 94.


Zoom In On Trash Talk

KANSAS CITY, Mo. - There was some smack talk going on Wednesday between Kansas City Mayor Quinton Lucas and Tampa Mayor Jane Castor. The two talked about the upcoming matchup between the Chiefs and Buccanners and the impacts of COVID -19 during Super Bowl LV.

Chiefs to wear red jerseys against Buccaneers in the Super Bowl

KANSAS CITY, MO (KCTV) -- While the AFC champions were designated as the Super Bowl's road team this season, the Kansas City Chiefs will be wearing the red jerseys against Tampa Bay. The Chiefs' Instagram account posted photos of their jerseys shortly after 6 p.m. Tampa Bay at times wears their white jerseys at home.

More sunshine, warmer for your Thursday

LEAST ON THE COOLEST SIDE, EVENING FORECAST STILL HAS A CLOUD A COUPLE BREAKS HERE AND THERE BUT STILL CLOUDS ARE WINNING OUT 23 AT 8 P.M. 22 AT 10:21 AT MIDNIGHT.