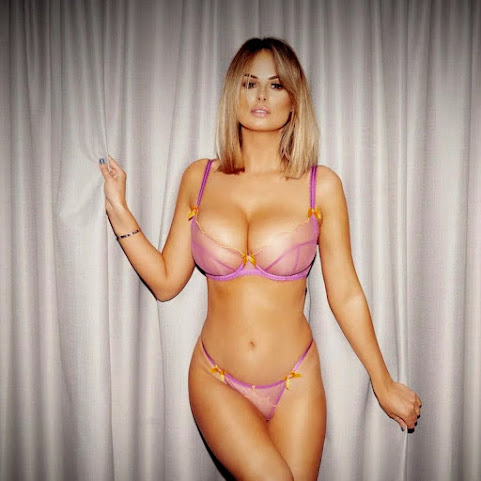 Right now we start the morning by remembering that hottie Rhian is one of our all time faves and she's still using her talents for a good cause as we review pop culture, community news and top headlines.

Volunteer KC and The Sewing Labs have teamed up to help the homeless in a unique way. They've created a multi-purpose tote bag for those living on the streets. The project is all coming together at The Sewing Labs.The Sewing Labs is a vocational training center, teaching skills needed for employment.

SHAWNEE, Kan. - Businesses across the Kansas City metro continue to struggle to get the through the financial strain of the pandemic. But there's new hope: The next round of Paycheck Protection Program funding to help businesses is now available. Businesses that qualify could get a forgivable loan worth thousands of dollars.

There are a lot of questions tonight about the COVID-19 vaccination plan in Kanas and the survey many counties are asking people to fill-out to receive the vaccine.


Bewbs Benefit Us All

RHIAN Sugden was feeling buoyant today as she took to social media to shake her boobs for charity. The 34-year-old model told fans to "get your wiggle on" as she shook shimmied in a floral sports bra and matching leggings.

Rappers Lil Wayne and Kodak Black are among the people to have been pardoned or had their sentences commuted by Donald Trump in his last full day in office. Late on Tuesday, the president granted 73 pardons and commuted the sentences for 70 other individuals.

President-elect Joe Biden plans to take 17 executive actions in the first hours of his presidency Wednesday, signing a flurry of executive orders, memoranda and directives to agencies implementing his first moves to address the coronavirus pandemic and undo some of Donald Trump's signature policies.

China is rushing to build a massive quarantine camp that can house more than 4,000 people, after an outbreak of Covid-19 this month that has left tens of millions of people under strict lockdown.

Biden administration nominee Rachel Levine faced scrutiny last May after she moved her mother out of a personal care facility shortly after she implemented a policy directing Pennsylvania's nursing homes and certain care facilities to admit recovered COVID-19 patients who were treated at nearby hospitals.

Sia and Burna Boy have released a new animated music video for their upbeat single "Hey Boy." Directed by Rafatoon and created by the Dreambear production company, the visual for "Hey Boy" takes its cues from Who Framed Roger Rabbit?, A Goofy Movie, and other Eighties and Nineties Disney cartoons.

BUFFALO, N.Y. (WKBW) - As the Kansas City Chiefs prepare to face the Buffalo Bills in the AFC Championship, a Buffalo radio station host is asking grocery stores to pull any Kansas City barbecue sauce from their shelves. "The local supermarkets, they can't be carrying this stuff during Bills-Chiefs week," Rich "Bull" Gaenzler said on his morning radio show in Buffalo.

The Kansas City Museum is one step closer to its grand reopening as the first piece of permanent artwork was installed into the building since renovations to the property began in 2017. The piece, titled "The Battle of Kansas City," is a mixed element creation of both a collage and quilt-making technique created by partially blind and colorblind artist Stephen Proski.

Warmer weather arrives Wednesday for a two day warm up Colder air moves in Friday There may be a storm near our area next Sunday for the AFC Championship game, and it is too early to make a specific forecast KANSAS CITY'S MOST ACCURATE FORECAST Tonight: Mostly clear Wind: W 5 mph.

Sia - Hey Boy feat. Burna Boy is the song of the day and this is the OPEN THREAD for right now.

Anonymous said…
Yep, we are fucked. I'd pour a glass of champagne if I had some. My shelfs are almost dry, Cheap Canadian wiskey. It was fun while it lasted. Thinking about moving to Mexico. I've got a patent on a human catapult. It is coin operated for pesos and has a sitemap that can correlated black Democrat voters landing zone for the "economic" migrant safely landing via parachute and bean farts.
1/20/21, 5:53 AM

Anonymous said…
Hope you're your own Test Pilot!
Seriously, the move to Mexico is a good idea, take the rest of the Trump Cult members wih you, please!

I'm sue Mexico will be much more understanding, and would be much more tolerant about the Trumpian tactic of deliberately creating divisiveness and hatered of others that that USA was. And the next time Trump incites an insurrection, I'm sure Mexico will just laugh and shrug, so there won't be any consequences for your sedition at all.
1/20/21, 7:02 AM

Anonymous said…
They roll this out there like it's even remotely ok, in public health nonetheless.

oohh..help!...quick...we need some Candice pics to help overcome the nausea from that hideous photo of Senile Joe Bidet's tranny-freak appointee..