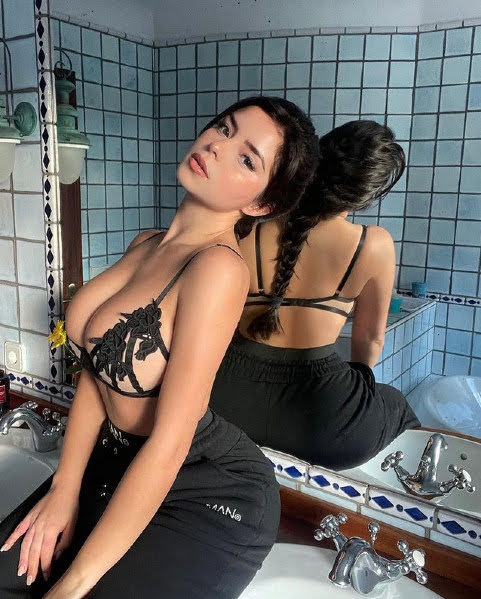 Inspired by hottie Demi and her promo goodness, we dive into community news, pop culture and top headlines for the morning.

Kansas City Chiefs fans have the opportunity to hang a piece of Superbowl history in their homes as the City raffles off banners that hung along the championship parade route last February. At $5 per ticket, 43 original banners will be raffled off with a portion of proceeds going to COVID relief in Kansas City, Mo.

The COVID-19 positivity rate in Johnson County, Kansas has crept up since Christmas and is now sitting above 12%. Demand for COVID-19 testing remains high.

KANSAS CITY, KS (KCTV) -- Kansas City, Kansas police say they are investigating an aggravated assault against a police officer. The incident began shortly after 3 a.m. Friday on eastbound Interstate 70 near 78th Street. There was a traffic stop and then a short police chase that was terminated by police.

BRANSON, Mo. - Branson Duck Tours, LLC has announced its return to Branson, which is expected sometime in Spring 2021. In a Facebook statement released Thursday, the company said, "We were heart broken by the tragedy in 2017, where questionable equipment and procedures cost the lives of 17 people.

She's been keeping her 15.6m followers updated with her travels and impressive range of sizzling bikini looks. And Demi Rose was sure to turn up the heat as she flaunted her sensational curves in a new snap shared to Instagram on Thursday.

Prosecutors in the US Attorney's office plan to open a federal murder investigation into the death of Brian D. Sicknick, a US Capitol Police officer who died Thursday night, a law enforcement official tells CNN.

Democrats vow to deliver $2K checks with control of Senate

Democrats are vowing to forge ahead with providing $2,000 stimulus payments after their party won control of the Senate this week with victories in two Georgia runoffs where the checks played a key role. Now, Democrats say they plan to deliver on that pledge.

President Trump was "pleased" as hordes of his supporters first stormed the Capitol Building on Wednesday, and he ignored pleas from his aides to step in and defuse the situation, The New York Times reports. Several advisers are said to have frantically tried to convince him to take action, to no avail.


90s Brit Funk/Jazz/Pop/Disco Would Never Do That!!!

Jay Kay, the lead singer of the group Jamiroquai, was forced to deny that he was at the Capitol riots. The English musician took to Twitter on Thursday after he noticed his name trending as people mistakenly identified him as one of the rioters who breached the security of the U.S.

Just like that it's 2021. Start the new year off with a head clearing hike, discounted bites across the metro and some wine. 5 - 8 p.m. Start the weekend at Union Station, 30 W. Pershing Road, 5 - 7 p.m. on Friday with Pierpont's Santa Barbara Wine Tasting.

KANSAS CITY, Mo. - As Wednesday's mob broke down the barricades around the United States Capitol building in Washington, critical thinking experts say it demonstrated a breakdown in our nation's ability to agree on the basic facts of reality.

The clouds overhead may thin out at times or even offer a brief break but for the most part you can expect overcast and gloomy skies through the evening and overnight hours. a light but steady northeast wind will drop area temperatures below freezing shortly after sunset before sending low temperatures into the middle 20s by daybreak.

The Weeknd - Save Your Tears is the song of the day and this is the OPEN THREAD for right now.

FREE MONEY? LMAO! There is nothing in life that is free except the love you receive from your parents. You people need to wake up and understand you're being set up. The new regime, yes regime, will screw you over and over. You voted for these turds so now we all get to swirl around in the tank for four years.

But no murder investigation into the death of the unarmed woman who was shot in the neck and bled out? Imagine how different things would be if she were black.

@10:55 - what difference would it make if she was black. None of those people should have been there of any race.

^^^Yeah, we'd have heard how she attacked the Cop, battered him nearly senseless, then pulled a gun (see exhibit A, an H&R .32 revolver, badly rusted, with a DC Police Property Room tag attached) and the Officer fired in self defense, seventeen times!

TOP PHOTO
The guy on the right is merely paying homage to the True Source of Trump and his supporters! Couldn't get his pitchfork on the plane.

yesterday the fired lawyer mentioned it only takes two hours to check and investigate the ballot boxes.

what do some know that most others don't? i don't know what to believe.

Big Sexy has a hot take on the latest turmoil in DC. It is worth a read.

the security guard Died to protect the most corrupt collection of sadists, degenerates, and traitors your country has ever seen. Imagine dying for the ruling elite. My god, how pathetic. Dying for people who will never once get their hands dirty as the destroy and sell-out your nation.

The security guard died of a stroke caused by his donut clogged arteries. That is what he died for...trans fats.

@ 4:32 - Completely false. He was beaten over the head with a fire extinguisher. They know who did it but haven't located you yet.

Capitol Hill Police said none of their officers died as a result, according to statement given to Reuters. Sinkink went home after work, didn't go to hospital. Covid death?