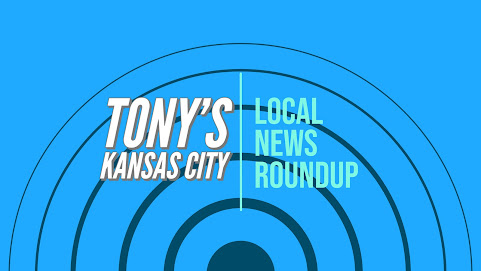 We'll make this one quick, here are some of the local news items on the top of our list for early bird readers.

KANSAS CITY, Mo. - The old Westport High is getting closer to having a new use. Developers got a key approval from the city in December of the PIEA General Development Plan and hope to get the final go ahead to start turning it into apartments and office space this spring.

Abby Hoover Managing Editor When residents in the Lykins neighborhood complained of a growing homeless camp on a vacant lot, the neighborhood association began searching for unique solutions. "The thought was, 'They're homeless people, we need to move them out,' and so the fact is...

LEE'S SUMMIT, Mo. - The Missouri State Highway Patrol identified 27-year-old Tayland Rahim as the man who was shot outside of the Troop A Headquarters during an exchange of gunfire Monday night. Investigators said Rahim parked a truck in the employee parking area on the West side of the building, got out with an assault-style weapon and began shooting at the building.

LEE'S SUMMIT, MO (KCTV) -- A suspect who investigators say fired an assault rifle outside of Missouri State Highway Patrol Troop A headquarters in Lee's Summit could soon face charges. Troopers shot the suspect, Tayland Rahim, around 9:40 Monday night. He is expected to survive.

KANSAS CITY, Mo. - After two people experiencing homelessness in Kansas City, Missouri, died Mayor Quinton Lucas is looking to find a solution. "I think what I realized from everything that we've done recently is that it's not enough," Lucas said. "You can't just put millions of dollars into something.

Mitt Romney is harassed by Trump supporters on flight to D.C.

Multiple air traffic controllers in New York heard a chilling threat Monday in audio obtained exclusively by CBS News: "We are flying a plane into the Capitol on Wednesday. Soleimani will be avenged." The threat refers to Qassem Soleimani, the Iranian general killed last year in a U.S.

Gov. Laura Kelly said Tuesday that Kansas exceeded its goal to conduct 1 million COVID-19 tests in 2020."In October, we launched our Unified Testing Strategy with a goal of testing one million Kansans by the end of the year, and I'm excited to announce that we exceeded that number," Kelly said.

Nearly 94 percent of teachers surveyed by the Missouri State Teachers Association support suspending state-mandated tests this year. The survey released this week reflects the responses of more than 6,000 public school teachers in the state. MSTA said 3,500 responded in the first 24 hours.

Family of local prosecutor, who died of COVID-19 days after giving birth, talks of her legacy

KANSAS CITY, Mo. - A loss felt across the Kansas City community. An assistant Jackson County prosecutor dies of COVID-19 complications just days after giving birth. JoEllen Engelbart's family said 'love' is the only word that begins to describe the way she lived her life.


And The Rains Came

Rain is in Wednesday's forecast

Ray Charles "Georgia on my Mind" live 1960 this is the OPEN THREAD for right now.

Wonder why Mitt the Shitt files commercial airlines when his hundreds of millions of dollars net worth could easily charter a private jet? Wants to be seen as an ordinary Joe? Get real Shitt.

Fade away with your Beloved Leader, Trumptard.

6:09: And Mitt's flying commercial is any of your business... why? In the unlikely event you ever leave your rusty trailer and meet some wealthy people, you'll be surprised to learn they are careful with their money, which is how they remain wealthy.

Whoa, someone following the Constitution and his nutty Constituents just can't deal with it. These people are fucking retards and cult members

Gov. Granny needs to get the vaccine to seniors, pronto! A study already shows the state is last in distributing the vaccine. Another debacle from Gov. Granny. Just like the unemployment system with COVID.

Granny governor is an embarrassment to the world. Kansas is last in reporting vaccinations. Kansas is last at getting stimulus payments to the needy. Kansas is last in financial integrity of the state and now adding expansion of Medicaid that we can not afford. If the republicans don't put forward a decent candidate for governor this state is going to be worse than Mississippi in education next.