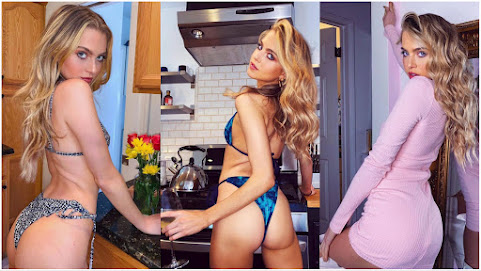 Right now, 26-year-old Hollywood hottie Anne inspires this peek at pop culture, community news and top headlines to spark conversation at the outset of the week.

"You have agencies that are running out of food. There is more need than there is food for them to serve. And you have restaurants that are closing their doors and going out of business. This program allows us to marry the two together," said Chef Shanita McAfee-Bryant

LEE'S SUMMIT, MO (KCTV) -- The Lee's Summit School District returned half of its grades to in-person classes Monday morning, after having previously employing a virtual strategy because of the COVID-19 pandemic. The school board had made the decision for pre-K through sixth graders at its Jan.

KANSAS CITY, Kan. - As we enter a new year, public health leaders face similar challenges to 2020 when it comes to preventing the spread of the novel coronavirus. In Wyandotte County, Kansas, the director of the Unified Government Public Health Department, Juliann Van Liew, said she wants to increase testing in 2021, and rolling out the vaccine will be a big challenge.

Anne Winters, who starred in Netflix's 13 Reasons Why, is stepping up behind the scenes after optioning Elissa R. Sloan's debut novel The Unraveling of Cassidy Holmes. Winters, who will star in the upcoming third season of Hulu's The Orville, will produce an adaptation of the YA novel, which was published in September 2020 by Harper Collins.

House Democrats are barreling toward impeaching President Donald Trump for the second time over his role in inciting last week's riots at the US Capitol.

Former Capitol Police Chief Steven Sund says he requested that the National Guard be placed on standby in the days before the deadly riot at the U.S. Capitol but that House and Senate security officials turned him down. Sund, who resigned his post the day after the riot, told The Washington Post he had been concerned that the protest planned for Jan.

WASHINGTON (AP) - William Burns, a well-known figure in diplomatic circles around the world, is President-elect Joe Biden's choice to lead the CIA, a selection likely to be embraced by the rank and file at the nation's premier spy agency.

The world watched in horror Wednesday as a violent insurrectionist mob attacked the U.S. Capitol in an attempt to obstruct the democratic process of certifying the vote for president. Five Americans died in the attack, including Capitol Police Officer Brian Sicknick.

Sarah Jessica Parker is once again brushing off Kim Cattrall's claims of a feud, saying she'll miss Catrrall in the upcoming "Sex and the City" reboot. Stars Parker, Cynthia Nixon and Kristin Davis are all set to return for HBO Max's new show, "And Just Like That," but Cattrall - who for years has expressed her distaste for Parker - won't be part of it.


Save Kansas City For Brunch

KANSAS CITY, Mo. - Several restaurants participating in KC Restaurant Week not only offer a lunch and dinner option, but also breakfast options as well. Eateries around the city are struggling because of the pandemic and having this business brings them some much needed hope right now. Eggtc.

While celebrating the Browns' first playoff win since 1994, Cleveland running back Kareem Hunt went live on Instagram from the locker room Sunday night and called out his former club.Hunt was signed by the Browns two years ago, just two months after being released by the Chiefs following the release of a video that showed him shoving and kicking a woman.


More Deets On Warm Up

Sunshine and a big warm up arrives this week

A nice warming trend expected this week with highs in the 40s and 50s Staying dry through this upcoming weekend Chiefs play the Browns at Arrowhead on Sunday at 2:05pm & the weather looks great just chilly! KANSAS CITY'S MOST ACCURATE FORECAST Monday: Turning mostly sunny & the warming trend begins.

Democrats are determined to make the next Trump. They are the reason that he became President. More of their special flavor of craziness is only going to create a larger movement against them. I feel pretty safe in saying that because they will never listen to anything of the sort.

Trump had some good ideas as well as some real clunkers. If he had just not acted like a deranged demagogue, he might have had a successful two-term presidency.

Pelosi's fixation is yet another impeachment of Trump. Between the Russian Collusion hoax, the Joe Biden Burisma impeachment and now this impeachment attempt; it proves the Democrat Party is terrified of the Trump movement.

Foreign investors see the civil war brewing in the U.S. started by the Communist Democrats and Corporate media and start pulling their investments out of U.S. markets and treasury bonds.

U.S. will then enter hyper-inflation and the Great Depression Round II.

Keep pouring gasoline on the fire Speaker Pelosi and CNN; you will soon blow up America and American's livelihood, jobs, and security.

So the Director of Capitol Security requested National Guard troops prior to the Trump rally and the Senate and House Representatives denied his request.

Not so, lie breath, try to peddle yur bullshit on Parler - oh, wait you can't, all of Parler's funding pulled out, an they can't get back on th net or pay any outstanding bills!

What's a Right-wing liar going to do?

^^Cry like the pants-shitting babies they are on here as they always do.

They even have a song dedicated to you. Good for you!

I don't know why Kareem is mad at the chiefs. He's the one who assaulted a woman and lied about it.