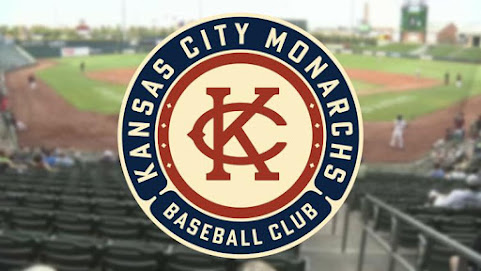 The reality . . . A Kansas City museum is entering the risky world for minor league baseball that often ends in financial ruin for owners.

Remember that not so long ago this team was EVICTED and booted out of a deal with the UG in The Dotte . . . Sadly, they didn't even get KC Tenants to vouch for them.

To be fair, it's possible that a successful merch campaign alone could float the team.

The Negro Leagues Baseball Museum, which owns rights to the Monarchs name, has entered into a long-term licensing agreement with the T-Bones. Beginning Thursday, the minor league team will be known as the Kansas City Monarchs Baseball Club. Officials hope the rebranding will bring more attention to both to the museum and to the beleaguered ball club in western Wyandotte County.

Fox4: Kansas City Monarchs are back!

Anonymous said…
This will be great until someone claims cultural appropriation.
1/21/21, 11:12 AM

Anonymous said…
The Monarchs have much better looking uniforms, caps and jackets than the Royals.
1/21/21, 11:35 AM

Unknown said…
Meh. If Brandmeyer wants to virtue signal with a name change while he's yet ink a deal with Wyco to even stay in the park more power to him, it's his money...

Anonymous said…
it may be that people think differently about things after corona, and that might help the monarchs.

the willingness to spend several hundred dollars to go the royals versus under a hundred for the monarchs may be less.

the entertainment content is similar (i.e., only semi-serious) and the socializing dimension at a well-done monarchs stadium might be comparable.

Assistant Crack-Whore said…
Do any TKC readers know anyone who's even been to the Negro Leagues Museum ? I guess it's like knowing someone who died of covid19. Or knowing a Black woman who's been raped by a White man.
1/21/21, 4:49 PM