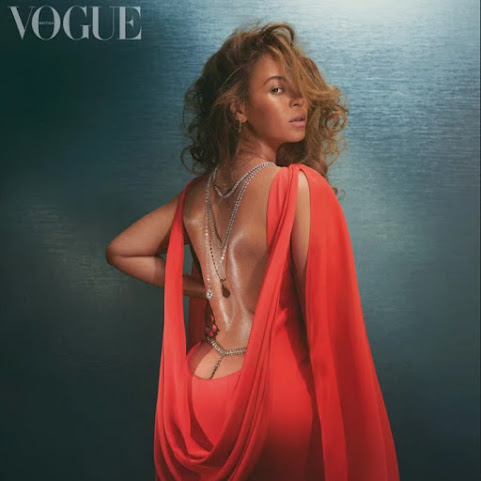 Recently, Beyoncé graced the cover of Brit Vouge and the mag proudly shared pix of their "progress" along with a peek of high-class whale tail. Whilst that doesn't really help the cause of social justice one bit . . . It's good enough to kick off this morning blast of pop culture, community news and top headlines.

KANSAS CITY, Mo. - The 15 and Mahomies Foundation is helping transform Martin Luther King Jr. Square Park. The foundation is building an all-inclusive destination play site at the park, which is located at 1900 Swope Parkway in Kansas City, Missouri.

KANSAS CITY, Mo. - The images of the attack on the U.S. Capitol are still difficult to process, but one image from last Wednesday carried even more meaning for a local historian. One moment from Jan. 6 stood out to Kansas City's Phil Dixon.


Not Quite Home Town Team

How Beyoncé Made History With Her Coachella Performance

By the spring of 2018, Beyoncé Knowles was no doubt one of the most famous pop culture figures on the planet - a 23-time Grammy-winning artist who had already graced the world's biggest stages, like the Super Bowl half-time show in 2016.

US defense officials say they are worried about an insider attack or other threat from service members involved in securing President-elect Joe Biden's inauguration on Wednesday, prompting the FBI to vet all 25,000 national guard troops coming into Washington for the event.

Rep. Jaime Herrera Beutler, R-Wash., one of 10 House Republicans who voted to impeach President Trump on charges of "incitement of an insurrection," is facing criticism from her district's conservative base. "On behalf of our entire membership, the [Clark County Republican Women] Executive Board is unified in condemning your actions to betray a sitting Republican President.

30 Things Donald Trump Did as President You Might Have Missed

Trump's presidency may be best remembered for its cataclysmic end. But his four years as president also changed real American policy in lasting ways, just more quietly. We asked POLITICO's best-in-class policy reporters to recap some of the ways Trump changed the country while in office, for better or worse.

The US has 'screaming level' of Covid-19 transmission, expert says, as country adds nearly 4 million cases this month

Just a little more than halfway into January, the US has added a staggering 3.9 million new Covid-19 cases and more than 51,000 virus-related deaths.

'If there's one thing on Earth that would possibly make us get the band together, if only for a day, it is the hope that our song could be even the tiniest beacon of light in such a dark time'

Arrowhead Stadium was alive with fans as Chiefs Kingdom showed up to cheer their team on to victory, even with limited capacity. KMBC 9 caught up with fans after the game, including the man who caught the football Mahomes launched into the stands.Chiefs Kingdom was electric at Arrowhead as the Chiefs proved dominant over the Browns, propelling them to the AFC Championship.

The Exchange opens in Parkville, selling locally made food and drink products, grab-and-go dishes and more

After working for others for years as a chef, a butcher and a general manager, chef Andrew Dessert has finally opened up a general store of his own.

Clouds around for the next few days

Mostly cloudy conditions for the next few days The week will be dry with one big mid-week warm-up The next storm is due in around January 25th KANSAS CITY'S MOST ACCURATE FORECAST Tonight: Partly cloudy. Wind: NW 5-10 mph. Low: 25° Monday: Partly to mostly cloudy as a weak system moves by.

U2 - Pride (In The Name Of Love) (Slane Castle Version) is the song of the day and this is the OPEN THREAD for right now.

trump accomplishment? Besides sedition and insurrection?

China Joe Biden: Please Sister-Wife don't make me go outside. There are men with guns!

Dr. Jill Biden: Don't worry China Joe, they are here to protect you from the Americans.

China Joe Biden: I am still afraid, I am so scared of those mean Americans !! When does the Red Army arrive ? We need them to protect me !!


China Joe Biden is such a popular President he needs 30,000 National Guardsmen and miles of razor wire to protect him.

If he truly won the election he would not be cowering behind 30,000 troops armed with machine guns, FBI, ATF, Capitol Police, Secret Service and the CIA to protect him.

Biden is a coward and illegitimate President.

Biden has no support from the American public other than the Marxist Media, Communist China, and billionaire elites like Zuckerberg and Jack Dorsey.

Nearly 20% of Demoncraps think the election was rigged to help Basement Joe win the election in the swing states. Joe knows it, too.

..a nation where they will not be judged by the color of their skin but by the content of their character."

^^^BLM has turned that around. They will celebrate MLK Jr. Day to obscure the fact that they believe only color of skin counts.

Big, shapely asses are beautiful in all the colors of the rainbow.

Pervy Joe needs 50,000 troops and razor wire to protect him.
What a fucking loser!

Does Beyonce know her ass is big?

China is going to order Basement Biden, who is in their pocket, to take away Americans' guns. Then China can more easily begin their global land grab, including America.

The NFL has a standard fine schedule that the league and the players’ union agreed upon, and it includes throwing the ball into the stands as a violation that results in a $7,000 fine for a first offense and $12,000 for a second offense. The concern within the league is that there could be safety issues related to fans running and leaping for a thrown football.

got a Covid vax recently at the VA...Prez Trump has has taken GREAT care of America's vets..

sadly, soon to return of the neglect of the Obammy-Bidet years..

^^^ LIAR -the latest KCVA Newsletter (available online) states that non-hospitalized Vets will BEGIN getting the vaccine in February, working downward by age and health concerns.

Todate, only staff and hospitalized cases have received the vaccine.

^^^ the great staff at the KC VA Hospital currently vaccinating 700 vets per day..too bad you never served your country..fuck you, LOSER!!

CHICAGO (WGN) — A man who was living inside O’Hare International Airport managed to escape detection for three months, according to prosecutors.

Aditya Singh, 36, is charged with felony criminal trespass to a restricted area of an airport and misdemeanor theft. Police said Singh claimed he was too afraid to fly home to California because of COVID-19.

According to the Chicago Tribune, Singh arrived at O’Hare from Los Angeles on Oct. 19 and lived in the airport’s security zone since then.

Prosecutors say two United Airlines employees asked him for credentials this weekend. He allegedly showed a badge that an operations manager had reported missing in October.

The employees called 911, and Singh was taken into custody around 11:10 a.m. Saturday in Terminal 2.