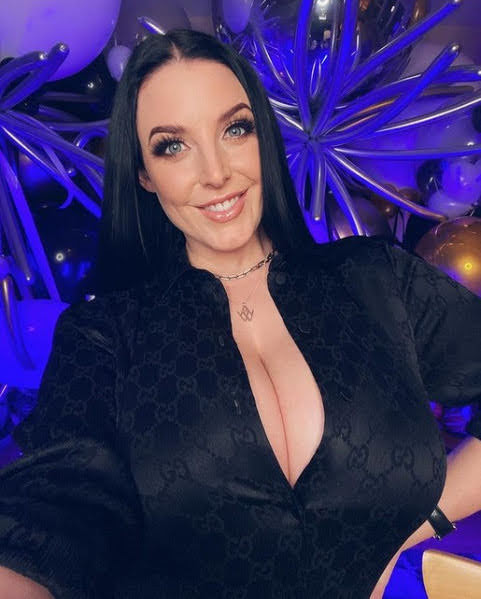 Right now hottie Angela is hopefully adding to her collection of pr0n awards as her continued win streak inspires our glimpse at pop culture, community news and top headlines for tonight.

KANSAS CITY, Mo. - You can feel the Super Bowl excitement in many Kansas City businesses. From cookies, to shirts, to coffee, 41 Action News is highlighting some of the most unique ideas we've seen. There's a special new drink brewing at Parisi Coffee in Overland Park and at Union Station.

Bridge damage on I-70 curve SOURCE: KDOT A crash involving a tractor-trailer has closed westbound Interstate 70 at the Lewis & Clark Viaduct in Kansas City, Kansas, authorities said.The Kansas Department of Transportation said traffic is being routed to Minnesota Avenue or Fairfax Trafficway.Authorities said the bridge was damaged when the big rig rolled over.

KMBC 9 FirstNews anchor Donna Pitman is already on the air long before your alarm goes off. She's been co-anchoring the show for nearly 15 years. She may be up obscenely early during the week, but she's still a firm believer in getting out and about to local haunts or her favorite stomping grounds.

A former Taco Bell employee in Arkansas is claiming she was fired from the job after a co-worker complained about her hot, fiery and perhaps even "diablo" off-the-clock activities. Taco Bell, meanwhile, is claiming that Wells' termination had nothing to do with her pornographic past work.

Ana Navarro panned House Minority Leader Kevin McCarthy's recent meeting with President Trump at Mar-a-Lago, saying the GOP congressman is a "slave" to the former commander-in-chief. Serving as a guest co-host of "The View" on Friday, Navarro went on a tear against the Republican Party for failing to "get rid of the cross that they've been bearing" by not supporting Trump's impeachment.

Brian Sicknick, police officer killed in insurrection, to lie in honor at Capitol

Rep. Ralph Norman and Sen. Tim Scott had pushed for Sicknick to lie in honor under the Rotunda earlier this week. The two South Carolina Republicans introduced a bill Thursday that would also have the House sergeant-at-arms pay for Sicknick's funeral expenses and to install a commemorative plaque in the building.

There will be enough Covid vaccines for the 'entire U.S. adult population by June,' Johnson & Johnson board member says


We Could Work With Hottie Hollywood Starlet

KANSAS CITY, Mo. - Anyone looking to get their Chiefs fix ahead of the big game need not look further than Union Station. A staple of Kansas City's downtown, Union Station has tapped into the Red Kingdom as a way to celebrate the hometown team.

Burger // Epic Burgers Food will be a key staple while supporting the Kansas City Chiefs in Super Bowl LV from the living room. At least ten businesses in Kansas City will be offering specials for the Super Bowl. Along with food, Kansas City Chiefs merchandise and artwork can also be delivered to the front door.

CLOUDS AND BEFORE WE CAN TALK ABOUT RAIN, BUT IT IS BEGINNING TO THICKEN UP QUITE A BIT. WE HAD CLOUDS -- THIN CLOUDS EARLIER TODAY BUT NOW IT LOOKS LIKE OVERCAST IS TRYING TO DEVELOP AHEAD OF OUR STORM SYSTEM AREA DEFINITELY FIND THAT UMBRELLA.

Anonymous said…
for "dem titays" she should earn a prize. Seems like those things would be exhausting to carry around all day.
1/29/21, 9:20 PM

Wow the people who wanted Trump out so bad and cheated to win but they can't seem to leave Trump alone. How about Clinton's visit to Loretta Lynch was that O.K.? Making a big deal out of MaCarthy and Trump shows how scared the democrats really are. BTW with everything going on and what wall street just with the hedge fund I would start storing some food and water right now. Things are going to crash and burn in a bad way and it's going to happen as fast as Joe Biden just put thousands out work and that was fast.
1/29/21, 9:26 PM