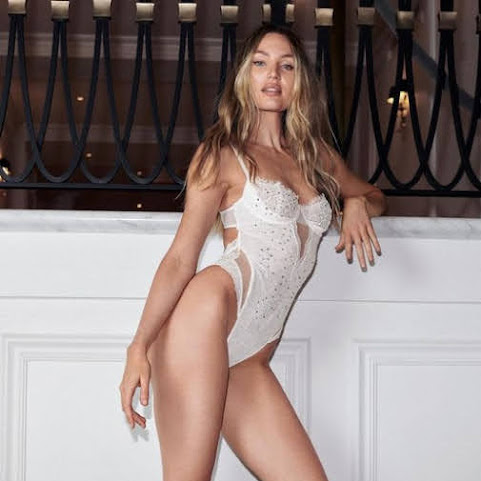 KANSAS CITY, Mo. - With the COVID-19 pandemic approaching the one-year mark, a new initiative aims to connect the organizations feeding those who are hungry, while also helping struggling Kansas City-area restaurants stay afloat. FeedKC Forward is the brainchild of restaurant advocate and KCUR food panelist, Mary Bloch, but the collective wouldn't be possible without the teamwork of The Prospect Urban Eatery and Kanbe's Market.

Hank Aaron, hall of famer and homerun slugger, died at the age of 86. He's being remembered all over the world and in Kansas City. "Anticipating the possibility of pitching to Hank Aaron is pretty cool."The date was May 5, 1975, when KC Royals pitcher Al Fitzmorris, came face to face with the legendary player.

Aerie, the underwear brand run by American Eagle Outfitters, is continuing to pick up traction among a generation of young shoppers and says it will double sales to $2 billion by 2023, the company told investors on Thursday.


GOP PUSH BACK AGAINST TRUMP IMPEACHMENT 2.0!!!

The path in the Senate to convict Donald Trump is extremely slim, with a growing number of Republicans expressing confidence that the party will acquit the former President on a charge that he incited the deadly insurrection aimed at stopping President Joe Biden's electoral win.

BITCOIN 'whales' who hold staggering sums of the cryptocurrency could crash the market, experts have warned. It comes as Bitcoin soars to record sums, currently valued at £23,000 ($32,000) per coin. And Bitcoin reached a record high of $41,973 on January 8 this year.

WASHINGTON (Reuters) - Between 150 and 200 National Guard deployed to Washington, D.C., to provide security for President Joe Biden's inauguration have tested positive for the coronavirus, a U.S. official said on Friday. The U.S. government imposed unprecedented security measures in the city following the deadly Jan.

With the world watching on, President Biden and his wife Jill walked up the steps of their new home for the first time on Wednesday The couple posed for photos outside the large wooden doors of the North Portico, waiving to the crowd as a military band played 'Hail to

Garth Brooks Thanks Lady Gaga and Her Glam Team After Inauguration

Garth Brooks got some hair and makeup help from the Haus of Gaga on Inauguration Day! The 58-year-old country singer, who performed "Amazing Grace" at the presidential inauguration of Joe Biden on Wednesday, took to Twitter after his performance to thank another one of the day's big acts, Lady Gaga.


Mayor Q Bets For Good Cause

KANSAS CITY, Mo. - The case of a missing dog had a surprise ending when the pup popped up on social media in Wichita, three hours away. Three weeks ago, Bill Hornbeck let his dog, Riley, out into the backyard like usual. Somehow, the Labrador retriever slipped through the fence and into the front yard.

Hide Transcript Show Transcript STILL WANT TO GIVE YOU THAT FIRST ALERT THAT THAT IS A POSSIBILITY FARTHER UP NORTH. JOEY FOR THE NEXT FEW HOURS, WIND CHILLS COMING INTO PLAY AFTER 9:00 AND IT WILL PROBABLY FEEL NEAR 20 DEGREES. ABOUT THE SAME AT 11:00, AND ALTHOUGH THE TEMPERATURES DROP, SO DO THE WIND SPEEDS.

Impeach trump. He should never be allowed to hold office again.

She what happens when you tell the national guard to go sleep in an open parking garage in 30 degree weather!

Your stupid ass gets locked out of the White House! Hahahahaha!

Lock him out, throw him in jail!

Focus on peoples lives and health. All else is bullshit and politics, which is one and the same.

BTW, is it just me or is the person behind Pelosis mask Pelosi or Skeletor?
Dried up, lip moisting old bitch is shedding skin and can barely say a sentence that doesn't include the words Trump and Impeachment.

And the pettiness goes on...
not opening the doors ceremonially is just the latest in the childish insults that Trump's worshippers perpetrate upon the People of America.

More nastiness from the Big Orange Loser and his Cult.
The only real action we are going to see is name calling and stupid stunts like this, Trump's acolytes don't have the guts to do anything meaningful.

^^ Keep whining Karen. It suits you.

Keep ranting, Trumptard, maybe somebody will listen.
Oh, and your Wife wants me to tell you she'll be home in aa while, number 7 is about to finish.