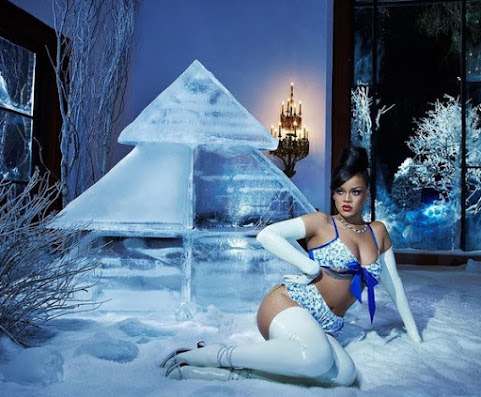 Right now we take a peek at diva hottie Riri leading a successful panty insurrection against the status quo as we check pop culture, community news and top headlines.

The Kansas City Chiefs are headed back to the Super Bowl - seeking to replicate last year's post-season success at the Feb. 7 big game in Tampa, Florida.

KANSAS CITY, Mo. - UPDATE, 5:12 p.m. | Police have detained one person related to the incident. They still are investigating. EARLIER | Independence police are on the scene of a barricaded subject following an armed robbery call Sunday morning. Police responded around 11:30 a.m.

Tennessee 10, and I think it has been an onslaught and a floodgate open. Kansas City leading, 38 24 with two minutes to go in this game, Dean and Hughes Chiefs had first in 10 at the Buffalo 13 yard line, and Patrick Mahomes has been brilliant all week long.

Rihanna is coming to rescue anyone who has love on the brain with her new Valentine's Day Savage x Fenty campaign. The pop superstar came in red-hot on Wednesday (Jan. 13) with three collages of her wearing a sheer red bralette with heart patches and a matching backless garter skirt with latex gloves and tights.

WASHINGTON (Reuters) - President Joe Biden is poised to repeal his predecessor Donald Trump's ban on transgender people enlisting in the U.S. military, a person familiar with the matter said. The source, who spoke to Reuters anonymously because the action is not yet public, said Biden could lift the ban as soon as Monday.

The Tampa Bay Buccaneers have advanced to Super Bowl LV, the second Super Bowl appearance in franchise history -- achieving an NFL first for a Super Bowl team in the process.

Fauci opens up on what working for Trump was really like

News World Americas US politics However, the infectious disease expert said Mr Trump was never confrontational with him, but instead asked him to keep a more positive attitude Infectious disease expert, Dr Anthony Fauci, who frequently contradicted Donald Trump's unsubstantiated claims about Covid-19, said he and his family were faced harassment and death threats as early as March 2020, when coronavirus had started spreading.

President Joe Biden plans to sign restrictions Monday on travel to the United States to mitigate Covid-19 transmission, two White House officials confirmed Sunday. The ban would prevent most non-U.S. citizens from entry if they have recently been in South Africa where a new strain of Covid-19 has been identified.

MEXICO CITY (AP) - Mexican President Andrés Manuel López Obrador said Sunday he has tested positive for COVID-19 and that the symptoms are mild. Mexico's president, who has been criticized for his handling of his country's pandemic and for not setting an example of prevention in public, said on his official Twitter account that he is under medical treatment.

It's on the wind You had a really tumultuous week Physically, Waas we're gonna play where you're not gonna play At what point in the game did you feel like? All right, I'm feeling good and I'm ready to rock. Oh, good.

The owners of The Campground knew it was going to take more than fire pits for them to ride out a frigid winter during the pandemic. So owners Christopher Ciesiel and Cristin Llewellyn did something a little more extreme: They installed a little "cabin" village outside their homey tavern in the West Bottoms. The cabins are actually garden sheds, which came flat-packed at "a fairly daunting up-front cost."

We're Weather Aware Monday into early Tuesday as a major winter storm impacts the plains. While the immediate metro isn't under any advisory or warning at the moment, I don't think that's reason to ignore Monday. Very heavy snow is expected Monday for areas north and west.

Kodak Black - Last Day In is the song of the day and this is the OPEN THREAD for right now.