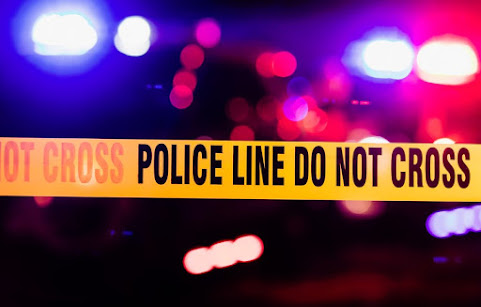 Rising violence during the pandemic persists and in this compilation we roundup some of the top stories on deadly crime, gunfire and police action . . .

Investigators believe a man whose body was found in Arcadia, Kansas, last week was killed in Kansas City, Missouri. The man's body was found Jan. 13 when Crawford County deputies went to property in Arcadia after receiving a tip.

KCMO man killed in shooting over weekend in Warrensburg

KANSAS CITY, Mo. - A 22-year-old Kansas City, Missouri, man was killed in a shooting over the weekend in Warrensburg, police said. Marcus Brown Jr. was taken to an area hospital after the shooting and pronounced dead early Sunday morning. Two men told officers they attended a party with Brown on West Pine Street in Warrensburg.

The Raytown Police Department has identified the couple killed in a shooting inside a home last week. Police said officers responded to a "nature unknown" call at a home at the 8300 block of Hedges Avenue around 1:58 a.m. Wednesday.

by: Karra Small Posted: / Updated: SHAWNEE, Kan. - Police in Shawnee are investigating a shooting that left one person injured Tuesday afternoon. The shooting was reported around 2:40 p.m. near W. 67th Street and Bluejacket. According to police, the shooting happened at an apartment complex.

1 pedestrian hospitalized after being struck by vehicle near 31st, Prospect

KANSAS CITY, MO (KCTV) -- The authorities are investigating after a pedestrian was seriously injured by a pickup in a parking lot. According to the KCPD, the pedestrian was struck this afternoon while walking through the parking lot of a shopping center at 31st and Prospect.

KANSAS CITY, Mo. - A 21-year-old metro woman is charged with murder. The Jackson County prosecuting attorney says it was in retaliation for her 16-year-old brother's death. Tityana Coppage is charged with second-degree murder and armed criminal action. Her teenage brother, Jayson Ugwuh Jr., was murdered Jan. 10.

Khadijah Wilson had a bully during her junior year at Francis Howell North High School in St. Charles. She told her principal and teachers about the name calling, and how the other girl constantly threatened to beat her up. But no one intervened. It went on for several months.