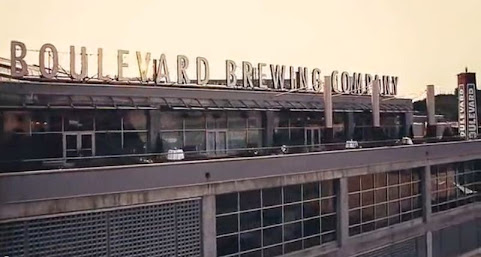 A Kansas City purveyor of booze has been targeted by a social media mob with anonymous complaints and undocumented allegations that seem to be rallying support for unidentified women working at the company. What's frustrating is that some but not all online denizens accept the chatter without question or even so much as a shared news story to back up the claims.

Full disclosure: TKC believes Blvd manufactures about three really good beers but most of their fare is gimmicky garbage.

Moreover, selling a product that comes with a significant risk is fun but tying in consumption with civic pride is a sketchy proposition at best.

Blvd is a biz, not a public service.

In the past 24 hours a few local message boards and one moderately trafficked social media site has been throwing around a great many unfounded accusations. Again, what's missing, for now, is any independent verification of the claims.

Locals should be willing to judge any story on its merit but for now all that we've seen is a sketchy message board spreading gossip that isn't even funny and seems one-sided.

better title for ya T:

Evidence is no longer necessary. Seriousness of the charge is enough. Welcome to Biden*'s ameriKKKa.

Sure Tony, 3 good beers out of the lineup. But you can't tell me that these local KC breweries offer a better percentage of drinkable product. Taste varies, but I can't imagine people are lining up for pineapple mango guava ale.

I'll go buy a couple of cases of Pale Ale and Wheat and make the metrosexuals cry.

Yes. Bow and cower to the woke mob.

Reddit r/TheBrewery... there, now you can find the unverified statements of someone who uses REDDIT to "tell the world" yourselves.

BTW, it's what you would expect. Lots of "no one would listen" and "they punished me instead", and about 200 morons giving her pity. It's amazing how attention-whoring and gullible the online world is.

Boulevard hasn't introduced a good beer since the Belgian takeover. Many of their beers taste terrible. They used to rock it, but not now.

Is she giving birth to a milk dud ?

Except for the fact this happened in 2020, which would’ve made it Trump’s “AmeriKKKa.” :)