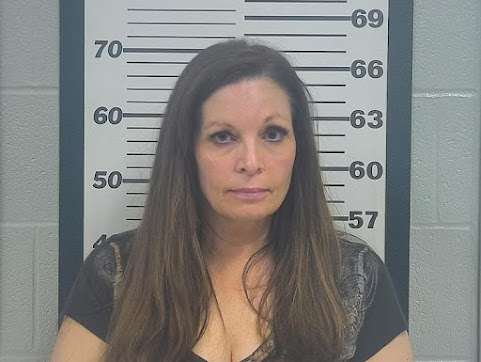 Last year the mayor of Parkville was arrested for drunk driving and garnered one of the better mugshots of 2020 considering the circumstances.

Recently, she clapped back against critics with a scathing note attacking opposition.

Now . . . One of this town's best community news publications reports the latest drama on the nice side of the bridge and proves that political turmoil and rancor is surprisingly commonplace throughout the metro . . .

Less than a year after she was ruled guilty of four counts of violating Missouri ethics laws pertaining to campaign finance, Parkville Mayor Nan Johnston’s campaign committee is under investigation again.

The latest topic being investigated by the Missouri Ethics Commission pertains to Johnston’s committee allegedly failing to report contributions or expenditures associated with legal services performed for Johnston and the committee.

Check the Landmark for the COMPREHENSIVE report!!!

You should see recent photos, I think you'd soon change your mind.

Nan....take a hint. Someone really wants you OUT.

She does have nice tits. But the mayor of Independence has very big luscious breasts. She would have probably only got a warning.

The Ethics commission only goes after those who have pissed off insiders from either party. She must have made someone mad.

Does she put out? Was she on her way home from having sexual intercourse?

I will be her designated driver.

What are all of your wives bra size??? Have them get on here and show all too!!! Y'all are just a bunch of Maggots!!

Y'all don't even have the balls to put your name with your stupid ass remarks!!!

Dummy should have blown the cop.
Problem solved.