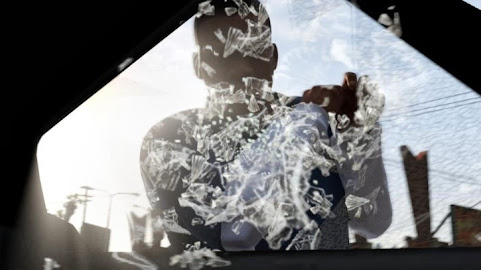 This story should be getting more coverage considering the threat of repeated random violence endangering the public.

So far, here's the best summary of local crooks on the loose . . .

On Dec. 29, the driver of a dark gray/black Dodge Challenger was carjacked near Oak Park Mall. Since then, police in multiple metro communities have investigated carjackings or attempted carjackings involving similar descriptions of the same suspect vehicle.

Gladstone and Lee’s Summit police each report they’re working with other agencies involving carjackings committed by the driver and passenger of that stolen vehicle. Kansas City police were reported to also be involved.

Each of those agencies became involved in the investigation Jan. 17 when drivers reported being approached by the passenger of a charcoal gray or black Dodge Challenger with a gun. Each of those victims was also driving the same make and model of vehicle. The crimes happened about an hour apart, nearly 40 miles from each other.

I am just waiting for these fuckers. I have a BIG surprise for them!

^^But you actually have to get out from under the bed Oswald. Chickenshit coward.

So I imagine the victims of these crimes know what their assailants look like. That information would likely help catch them and might even save lives. I wonder why that crucial information wouldn't be included.

Perhaps a description of the perps would help.

Hey all you BLM yard sign fuckers in JOCO these car jacking should be directed towards your houses. You can give them your own form of reparations.

Exactly why a law protecting drivers that run over ass holes in the road is needed.

Don't bother showing them your penis, Oswald. They've seen them.

Sounds like a couple of Biden "mail-in" voters are the perps.

I have a surprise for any would be carjackers. There's flame throwers mounted under my rocker panels. Just one push of a button mounted on the floor and anything within six feet will be extra crispy. They use them in Europe and South America.

Shit! I want that!

Hell yeah! Light the thugs up!

Did you buy yours or build it?

Easy @11:24AM-you watch too much TV. You don't have them. Hell Boomer, you don't even have a car. Take your lying ass out of here! Old people...so lame.

^^ Speaking of lame, you take the cake Karen.


You can bet they were ALL NIGGERS

^^Even boomer boi knows that.

If you are not armed and trained, you are just waiting your turn to be a victim. Take responsibility for your own safety.

The thing that sucks is if you take responsibility under your own hands and shoot the carjacker because you thought your life was in danger he better be white or else.

^^Yes, the stands at a Chiefs game are a diverse cornocrapia of society's losers.

Or else a Nigga

Or else a Niger