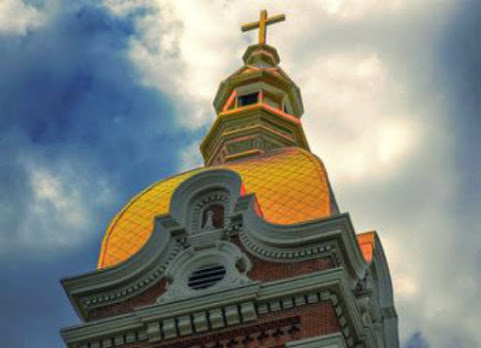 A controversial cleric with a disgraced reputation in Kansas City recently checked out and/or departed this mortal coil to meet his maker.

The news of his passing, of course, embarrassed the faithful yet again but this morning we want to highlight hope for redemption.

Here's the argument and a continued call for Kansas City victims to come forward . . .

A Catholic clergyman from the Diocese of Kansas City – St. Joseph who faced multiple lawsuits for child sexual abuse has died. We hope that the news of his passing will bring comfort to the many people he irreparably harmed and will encourage other still-silent and suffering victims to come forward and get the help they need.

In addition to having been sued many times, Fr. Michael Tierney is also on the Diocesan list of clergy with “substantiated abuse allegations.” The entry for the priest on the list notes that a “canonical trial decreed guilt in multiple cases.”

Despite the fact that Catholic officials in Kansas City were notified of allegations against Fr. Tierney at least as early as 2008, the priest was only permanently removed from ministry in 2011. Sadly, this pattern of Diocesan delay and inaction is likely what allowed Fr. Tierney to hurt so many in the first place.

We do not celebrate Fr. Tierney’s death, but we recognize that the passing of abusers often makes their victims feel more comfortable and safer. We hope that those who were hurt by Fr. Tierney will feel that comfort and safety today and that any others who were hurt and have yet to come forward will find the strength and courage to do so now.

it's unfortunate but it makes sense.

The guy isn't around to hurt anyone any more. It's a very practical response.

His death might bring comfort, but $200K in my pocket would make me more comfortable.

Money dont heal you, it makes you a prostitute.

Money buys you a bunch of weed. Weed heals everything.
And I never claimed that I was NOT a hooker.

1 day in hell is like a million years. He will suffer forever. There is no forgiveness for false prophets and false religious leaders. God hates them the most (per God -The Old Testament)

^^There is no God dummy.

Your an idiot. If you don’t have any fiber of intelligence, maybe you should be commenting on Tik Tok instead.

6:24 - if there is no creator - where did the universe come from? How can life on this planet arise from a bubbling mass of red hot rock that was completely sterile with not 1 germ or bacteria on the whole planet. This was a molten red hot mass for 10's of thousands of years. So where did life come from after the earth cooled? It was all 100% sterile?

The wages of sin is death. God already tried this priest and the rest of mankind. God condemns. I am just reminding you of that fact.

a person can be guilty of a crime even though a trial has not been held. If someone vandalized your car but was never caught, they are still guilty. Even without a trial.

Just because a jury didnt convict him DOES NOT mean he didnt do illegal acts. Many criminals do crimes and NEVER GET CAUGHT!

If you break a window, and no one catches you-does it mean you didnt break it?

Jesus said to judge people by their "fruit". So Jesus gave people instructions to judge others as to whether they are good or bad. Use your brains. Draw conculsions.