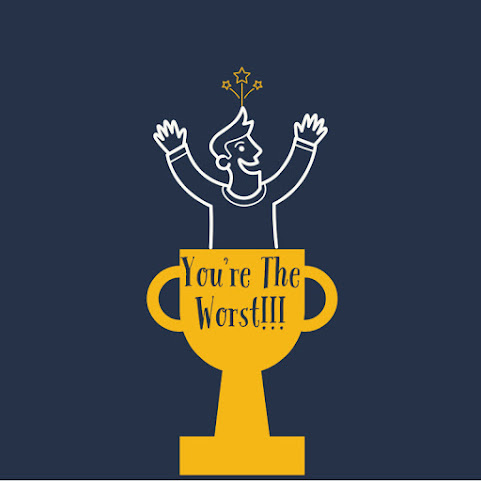 We're using this list as more of a starting point for discussion than those pay for play awards that used to fund low-rent local magazines.

A few trends we considered the worst of Kansas City:

- Amateur Internets Epidemiologists - It was interesting to learn how many social media denizens held advance degrees virology. Sadly, just like many of the experts on cable TV, they were wrong every step of the way.

- Anybody who said there was going to be a civil war - This line from pundits emerged from "many sides" and it forgot that MOST PEOPLE DON'T VOTE and they don't care which game show host is President.

- Mayor Quinton Lucas - He betrayed promises to his own community, he was wrong every step of the way on the pandemic. He encouraged division among council to benefit his career. The mayor's attempts to walk the line betwixt police and protesters insulted EVERYONE.

And, worst of all, his smallish team of Twitter trolls are the main driver behind the myth that he could beat anybody but former Council Lady Jolie Justice in an election.

- TKC Blog Comment Bums - Don't get it twisted, there are some comments that are insightful, funny and snarky but there's a growing number of d-bags who have a false sense of ownership over the comments. This year some of our most popular posts had comments turned off and a great many bums might not realize that this function of the Internets is quickly fading with bipartisan support. Right now this is a free speech zone. You're free to leave whatever comment you'd like and we're free to delete what we don't need . . . The reality is that this blog is now leaning toward highlighting better comments that help readers understand the local discourse.

To be fair, this blog also hates change . . . So don't expect anything dramatic any time soon.

FEEL FREE TO SHARE YOUR WORST OF KANSAS CITY SUGGESTIONS!!!

Be creative, don't feel confined to this cowtown . . . We're actually eager to read some of the commets.

Dr. Rex was much worse than Quinton.

That windbag Chuck M. Lowe, who, when not burning the biscuits at the Shawnee Church's Chicken, is both an Amateur Internets Epidemiologist AND someone who said there was going to be a civil war - hear the thunder?

EVIDENCE, CHUCK. REAL EVIDENCE, NOT SHIT YOU SAW ON NEWSMAX.

Ironically, your comments about comments would qualify for a Best of KC list.

Second 4 PM and raise a Super Dave and Bandit.

Tony does a heck of a job keeping people informed/engaged through his blog. I definitely appreciate the time and effort he puts into keeping local info available for people to read. Sure will not find it on main stream media.
Happy New Year everyone.
May everyone have the day they deserve.

Funny how there is nothing good to say about killer kc. Welcome to the third world shithole city of the Midwest!

Your fixation on him is pretty hilarious, I have to admit.

Experts all agree that public transit is a perfect breeding ground for the COVID-19. Yet City Hall allows the trolley that is not a vital service to go up and down Main St.

WORST PUBLIC HEALTH MESSAGE (even though it was true, he retracted it later)
"There's no reason to be walking around with a mask," infectious disease expert Dr. Anthony Fauci told 60 Minutes.

WORST MUNICIPAL PLEDGE FROM A MAYOR
At the start of this year, Quinton Lucas resolved to reduce the homicide count in 2020 to fewer than 100.

WORST STATEMENT FROM A MUNICIPAL HEALTH DIRECTOR
Rex Archer, M.D., M.P.H.
@RexArcherMD · Jul 6
"It is a good thing that he has “sovereign immunity.” Purposely lying to our nation, making this outbreak nearly impossible to control, being responsible for at least 90% of our deaths in the USA, should require life imprisonment & condolence letters to the victims families."
FAKE NEWS FROM A FAKE DOCTOR

WORST PERFORMANCE IN A DEMOCRATIC PARTY DEBATE
At the third Democratic debate on Sept. 12, former vice president Joe Biden responded to a question about dealing with the U.S. legacy of slavery, suggesting black parents should play records for their kids at night.

WORST CARELESS SLIP OF A POORLY KEPT SECRET
In September, discussing the Democrat's plans for the economy the vice presidential nominee Kamala Harris spoke of "A Harris administration."

WORST DECISION TO ATTACK U.S. FORCES AND THEN GO FOR A DRIVE
January 3, 2020 -- Iran’s top commander General Qasem Soleimani has been killed in a U.S. airstrike in Baghdad.


Wait, The civil war issue? "Most people don't vote and they don't care which game show host is President"????????? Well most of the people burning down the cities, killing innocent cops, trying to grab people from their cars for no reason are not registered voters nor do they know the difference between Presidents and what their objective is. So whether someone votes or not has no bearing on what is about to happen. So that paragraph is a load of crap!

Quinton looks and everyone in an administrative position in Kansas City suck donkey dick and top the charts at number one. Don't bother reaching for the stars, you'll never make it.

The bulk of the American People needed a hard slap to the head and then get pissed on by the MAJORITY of those running this country to actually wake from their media induced brainwashing and slumber to actually, really, truly see how bad things really ARE all across the country.

Worst national news coverage. All networks except Fox made no mention of Hunter's Ukraine and China dealings. Crickets.

Almost as bad, was their very limited mention of uncle Joe's threat to the Ukraine, forcing an investigator's firing.

Finally, compare the above with the the unending, daily, attacks on Trump and his family, from the same media hypocrites.