TKC MUST READ!!! SUPER DAVE STANDS UP FOR ELECTION 2020 INVESTIGATION!!!

First of all, it's important for TKC for readers to now that I'm bored with the November election.

They could anoint RuPaul as Commander-In-Chief and it really wouldn't make a difference in my life. One reality show host is as good as the next for the purposes of this blog. 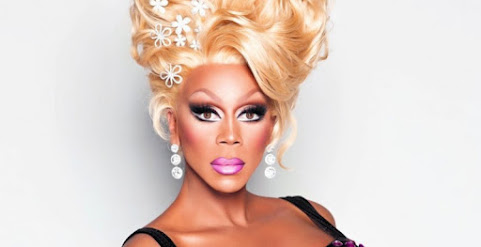 Still, we know this stuff matters to readers and so we collect a few MAINSTREAM links that don't just casually dismiss the lingering questions that still confront the presidential election.

Politico: 70 percent of Republicans don’t think the election was free and fair

USA Today: For these Trump supporters primed to disbelieve defeat, challenging the election was a civic duty

Accordingly, we turn to a friend of the blog and share some of this comments offering an ALTERNATIVE perspective on the continued election aftermath . . . 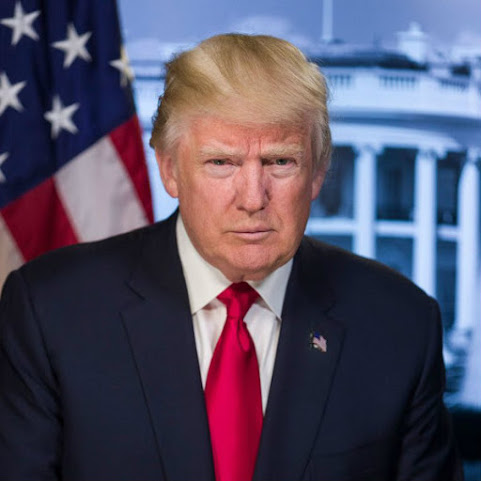 Does anyone think this election was fair and transparent when Democratic poll workers threw out Republican poll observers?

This fact is enough to disqualify any election! Poll observers must be given free range of ALL aspects of ballot counting to verify their candidate actually lost or won the election. Without this essential safeguard, no election result can be certified.

I believe there is evidence of wide spread ballot stuffing with mail-in ballots. Not to mention what appears to be a corrupt voting machine system . . .

Are there more incidents such as this?

Sidney Powell stated “First of all I never say anything I cannot prove. Even their manual explains how votes can be wiped away. It’s like drag-and-drop votes to a separate folder and then deletes that folder. We’ve even got evidence of some kickbacks”. Anyone who has followed Powell’s career knows she isn’t one to play media games or tries her cases in the media.

State legislators are charged by the Constitution of the United States of America to FIX THIS PROBLEM. They need to throw out the twisted election results and vote in Electoral College Delegates that best represent their electorate. This appears to be hard for some of these Legislators who are asking for other people to fix the problem . . . Or asking the American people to just accept the fact that their votes don’t count because someone cheated and it is too hard to do the right thing. Let me remind them that our ancestors fought and died to protect our right to elect our leaders. They did so willingly and knowing that Freedom is not free. It is not easy and it is not simple. But it is required and the American people will take nothing less. If we lose the fundamental ability to cast our votes and know that only legitimate votes are being cast then we the people of this country are going to lose all we have worked for to gain a better life.

THANK YOU for sharing one of the few patriotic opinions on this blog. It's obvious by reading your words that you care a great deal about the fate of America, Democracy and our rights. Good on you.

Dave call it like he sees it. That's rare nowadays.

Appreciate the comments about trusting Americans not the media.


I'm hoping what I heard was right and Trump has this planned to bring indictments when they reveal the proof of this election fraud. If what I heard was wrong then the patriots in this country will not stand by and watch Joe Biden and that hooker black women who screwed her way up and falsely accused people and put them in jail take over the people's house. We will give up our lives to stop this. Freedom isn't free not even in this country. I do know that we are locked and loaded and both men and women will hit our streets full force. I do not look at democrats as American anymore and won't hesitate to take out someone who is against this country citizen or not.

Stupid Dave..please take to the streets when Biden is sworn in January 20th so I can watch them mow you down like the filthy MAGAT you are. Please! Make sure 9:05PM is with you so we get a two for one smack down.

Oops fixed the election but somehow forgot to take the senate.

9:10 There's no solid proof you have a brain...I mean I see some basic writing and langue skills here...enough to babble at a solid first-grade level, but not enough to determine you have a cognitive thought process.

9:14 the problem with the fixed election is now we’re stuck with China joe and his hoe, both of them are clueless babbling idiots that the whole world will push around.

Nobody has seen biden for more than ten minutes in two weeks, what’s wrong with him? Dementia meds not working?

^^and yet he easily won the election over Trump. Super weird!

He didn’t win anything yet, come back when he does dummy, otherwise you just look like your typical dumbass low rent uneducated and non working no teeth bald heade gay dimwit. Weird.

Show us the evidence Dave!

Do it right here in the comments. If you can't you're a traitor.

If you have proof and you don't reveal it then you're just another idiot.

Thank you, SuperDave for reminding us--we need to make EVERY election and every election machine tamperproof.

Prove that there wasn’t any voter fraud.

Do it right here in the comments. If you can't you're a traitor.

If you have proof and you don't reveal it then you're just another idiot.

Overthrowing the Constitution is "patriotism"?
WOW!

How many Elected Officials, from both Major Political Parties, stating plainly that there was no "fraud" or "interference" will it take before you folks are willing to admit that Trump lost?

There is no evidence, there are only heresay statements made by people who claim to have seen improprieties, but who are countered in EVERY INSTANCE by others who were in the same places at the same times and say that the things described DID NOT HAPPEN!

And the "statistical proofs" you claim exist are in the vein of the one "expert" who has testified under oath so far, and who admitted that he based his "analysis of voting fraud" in Michigan using numbers gained from voters in WISCONSIN!

It is fine if you find comfort in some falsely created mythology that you feel convincing, but to call for insurrection based on your beliefs i dangerous!

Remember that all Veterans took an oath "to defend the Constitution of the United States against all enemies, both foreign and domestic". This is a defense of the Constitution, not of any Elected Official.

^^^and yet that’s not how it works in America traitor. Burden of proof falls on you since you’re alleging it. It’s a less Trump’s “Elite Strike Force team” of dunces is learning everyday in the courts as they’re laughed out of the building. Similar to how we’re all laughing at you simple Dave.

I Georgia they were pulling suitcases of ballots from underneath tables after the media and republican observers were told to go home. Biden commander and thief.

I heard in Missouri Trump lost by 2 million votes, but Josh Harley helped destroy the ballots.

I heard that Trump actually lost the election by 150 million votes, but Trump had Bill Barr turn off the Dominion machines.

^^I heard it was actually 200 million votes, but Louis Dejoy, the Postmaster General, had this mail in ballots trashed.

Biden will never be president. 1776

^^I heard that too! We as Americans have a duty to take these traitors down!

9:45 Once again we hear from the freak who can only talk about the great President Trump. Not funny the first 3,000 times, Pal - get medical treatment!

Super Dave is a true American hero! Good stuff Super Dave, you’re over the target, freak show is running away in shame! Hahahahaha!

This is stupid enough that you got me to comment on this shithole of a blog for the first time in years!

Trump will win in the end. A lot of people will go to jail.

Prove that there wasn’t any voter fraud.

If not, fudge off.

But Dearest Dave, our courts offer justice and redress to those wronged, sweetie. That's why they're there.

Why didn't Trump and his minions present said evidence to said courts?

OH WAIT! THEY DID! THEY GOT LAUGHED OUT OF COURT.

Go be a lieutenant in chuck's "Civil War II: Election Boogaloo" and take a bullet for what's right or something.

"Heaven help anyone who stands in the way of the American people once they set out to right a wrong."

Super Dave. There was a time. Now, sadly, it may well be wishful thinking. "The American People" seem to be content to obtain their news from MSM and social media sources with lemming like belief in whatever coordinated woke, liberal lies are the "du jour" of the day.

When someone as obviously mentally inept as Biden (and his corrupt son) is their choice for POTUS, I'm afraid the tipping point may have been reached.

Those American People of which you speak would seem to have disappeared.

I see the basement imbecile is active this evening.

Oh for fucks fucking sake. So apparently now ANYONE can just hit the internet and build a fucking case off of that.

Do you people ever stop and consider how fucking stupid/crazy/drugged out you actually sound? Ever?

Trump is 1-40 something now in court. I read some shit on the internet doesn't hold up you dumbfucks. And trotting out some skank, who sounds like she just downed a box of wine, in front of a Republican state legislature is not proof a fraud. For normal people, it shows your case is a fucking joke and has zero merit.

But sure, Super Dave has some secret inside info and evidence of fraud.

Geesus our country is fucked.

Hell of an opening sentence.

"First of all, it's important for TKC for readers to now that I'm bored with the November election."

we will not entertain your delusions go fuck yourselves

8:47 needs their meds checked, they are hallucinating again. Dave makes good points and I agree the lady testifying sounds like a Fran Drescher wannabe with her nails across the chalkboard type voice but that and that alone is proof of what a jerk 8:47 is. They're the sort of flatulence that will discredit someone just because of how they sound. 8:47 I hope your ex-wife cleaned your plow good when she left.

Oh! Super STOOPID Dave. I see. Jesus, will all of these conspiracy driven whack jobs please just gather their shit and leave? You're embarrassing the rest of us.

The butt hurt from Stupor Dave is hilarious.

We told you MAGA was going down hard. It's over a 7 million vote landslide for Biden who is the duly and fairly certified President-elect.

Conservative tears from these snowflakes are the best.

Yahoo doesn't get much respect, but here is a well written article:

...or you can just believe the lies and bullshit that not so 'super' Dave got from social media, or Q, or just made up in his own mind.

Remember: Almost all the court cases that Trump's lawyers have filed were thrown out because there was no evidence of fraud. No evidence = No fraud.

Also, there must be a good reason that Donnie is thinking about pre-pardoning around 20 people, including himself.

Have hope Trump cultists. Maybe Donnie can make a come-back in 2024, unless he's serving time for some state crimes. ; - )