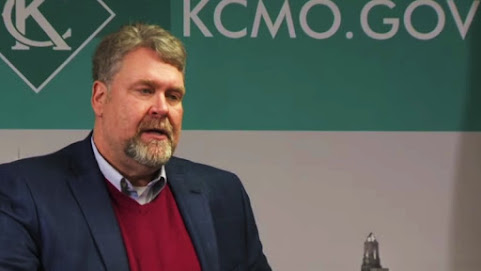 THANKFULLY, our KICK-ASS TKC READER & TIPSTER COMMUNITY WAS FIRST TO EXPOSE THE LATEST KCMO STREET NAME SCANDAL that has now been delayed and sent back to council for proper review.

More than anything, we were impressed with some of the comments that questioned the priorities of many denizens of 12th & Oak.

Record homicides.
Water bills $100/month.
Streets in terrible shape.
The greatest public health emergency in 100 years.
Desperate revenue shortages for the city budget.
And the clowns elected to represent the residents of KCMO are focused on renaming streets.
You really can't make this stuff up!

KANSAS CITY DOX EXPOSED!!! CHECK THE CITY ATTORNEY'S LEGAL OPINION ON 'TROY SCHULTE WAY' THAT HAS BEEN SHUT DOWN FOR NOW!!!

Here's the word, the precedent and an informed opinion on the topic thanks to THE MOST KICK-ASS TKC TIPSTERS who seem to agree that this is a bad idea . . .

RE: Street Renaming/Honorary or Otherwise Should Have Full Council Approval

This is how I saw the specific issue when it was presented to me last night and advice I would provide to any other elected official:

I didn’t reach conclusion on whether this is an administrative function or a legislative function, or whether it is an administrative function that requires any more than a plenary grant of administrative authority to the City Manager.  I’m happy to undertake that work, but I think that requires not only an examination of the Charter and the Code in total, but also past practice (relative to situations where the City is an abutting property owner).  That was a scope beyond our ability last evening.  In this particular case, the lack of any authority leads to the letter being issued in error.

Does that make sense?

They haven't even replaced all the too-hastily erected "Martin Luther King Jr. Blvd." signs with "The Paseo." Those should get priority treatment.

Mayor 10-10-10 will shortly be in the same boat as NYC mayor Deblamio.

No stimulus money for cities - they caused their own troubles by shutting down businesss and using docs like Wrecks Archer who use pseudo science or whatever to recommend closing eateries.

There has never been an KC eatery linked to eating out while drinking Corona.

If that last sentence doesn’t make sense you are in good company of Mayor 10-10-10’s understanding of economics.

Tax and spend liberals who close businesses based on faulty science deserve bankruptcy.

They are right in that the most stimulus provides zero dollars for.cities like KC.


But you have to remember that it's the citizens who elected these people so you can't just blame the mindless crazies you have in city office. I put more blame on the residents. You have seen this time and time again and you keep making the same mistake. Suck it up. Stop crying for more stimulus money that's not the problem that will only make things worse, which is exactly what they want to do.

We should have a vote on all honorary streets. The council obviously can't handle it.

If you are old, fat or afraid stay the f--k home. Open it up the virus will sort us out. There are too many of us anyway.

For god's sake, the man printed his new street sign design on his Christmas cards and mailed them. You have to make the name change now.

It should be named Troy Schulte WRONG WAY!

Why not just save time on honoring any kc public officials, including this particular fat criminal? name one street Grifter Avenue and you take care of it.

sucks that KC names so many of it's streets and parks after it's political hacks..

there's a beautiful small park in the north..named "Anita B Gorman Park"..who the fuck was she..did she pay any money for the park?? nope..just some lame-ass council member..

When does Mark Funkhouser get a street named after him?

Or maybe, a statue, instead.

Funny how the lawyer jumped right in when somebody wanted to name an honorary street after a white guy, where was this so called lawyer during the illegal milk street name change?

By the way, an honorary street name change does not change the name of the street it’s on, it’s just added below the actual street name.

Fun fact for the day!

They weren't renaming a street. It was an honorary sign. All addresses stay the same. More BS from this joke of a City Council who's already made it clear they don't give a damn about the City Charter or ordinances, certainly not in street naming.