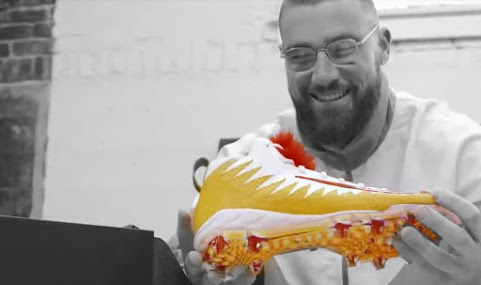 The Kansas City Chiefs are now one big step closer to a Super Bowl repeat after an important and surprisngly close victory and one of the few highlights to an otherwise downbeat holiday.

Whilst political hacks hope to make everybody miserable to bolster their agenda, the reality is that for many this was the only reason to cheer as of late . . . Check-it . . .

Chiefs vs. Falcons: highlights from the game

It's the Kansas City Chiefs and the Atlanta Falcons in the early-afternoon matchup. Here are the Kansas City highlights: Patrick Mahomes uses his legs for the first down There goes Pat! (via @...

4:10 PM ET Adam TeicherESPN Staff Writer Close Covered Chiefs for 20 seasons for Kansas City Star Joined ESPN in 2013 KANSAS CITY, Mo. -- Earning the No. 1 seed in the AFC hasn't resulted in Super Bowl success for the Kansas City Chiefs in the past, but they hope it puts them on the path to a championship this time around.

Patrick Mahomes shoulders 'bad day for the offense' against Falcons

It's easy to tell just how high expectations are these days for the Kansas City Chiefs. On Sunday, the Chiefs defeated the visiting Atlanta Falcons in a close 17-14 battle for their 14th win of the season. With the win, which happened to be 9th consecutive victory, the team clinched the AFC's top seed and secured a first-round bye for the postseason.

KANSAS CITY, Mo. -- After saying he would never have to be the guy to chase down a defender because his quarterback doesn't throw interceptions, Tyreek Hill was that guy on Sunday.

Chiefs-Falcons rapid reaction: do we really know what to think?

Like the title says, this weekly post is a rapid reaction - but this time around, I have found myself in quite a conundrum: I am not quite sure what to think of the 2020 Kansas City Chiefs. At 14-1 - by the simple definition of record - the 2020 Chiefs are the greatest regular-season team in franchise history.

NFL Winners and Losers: Actually, Kansas City Chiefs are beatable after all, even as AFC's No. 1 seed

The Kansas City Chiefs are the heavy favorite to win a Super Bowl. They clinched the No. 1 seed and the AFC's lone bye on Sunday. Picking anyone else to win it all right now is trying too hard to be different. That doesn't mean the Chiefs are unbeatable.

So, you're telling me to feel better about higher taxes so these guys can get paid eight figure salaries?

Kelce set a record ? For virtue-signaling ?

This isn't how a so called number one team plays against a team last in their division. KC won't win another Super Bowl playing like this shit I saw today.

We're essentially cheering for jerseys as none of these guys will spend 5 minutes in KC when they're playing days are over.

They will get their asses kicked in the playoff and the gay cheerleader from TKC will cry for months about it.

Congrats Kelce. Now tell us poor dumb White boys what we must do to make the superior Black males like us and want us to be in their posses?

^^Well Charlie you can start by not letting your wife fuck so much BBC.

Huge fan here, but we didn't win, they lost.

^^and yet the Chiefs won though so...Weird.