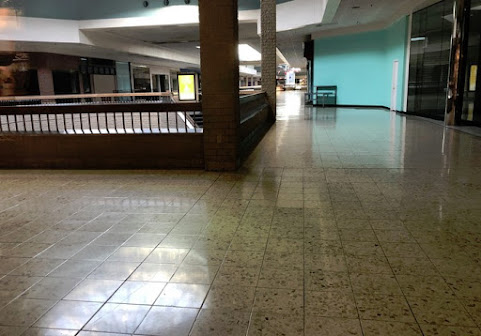 An insight courtesy of a TOP ECHELON KANSAS CITY INSIDER deserves consideration on #TBT because it forces us to confront some uncomfortable realities about local life.

"All of this debate over shopping malls has a long history in Kansas City and it occurred to me that there's a generational effect . . . There's a tendency to think that current trouble at Independence Center doesn't have it's roots in ongoing and problematic consumer trends."

"Fact is, when police ordered parents to pick up rowdy kids at Independence Center they might not have realized that not so long ago that many of those guardians were likely the very same youngsters who endured similar problems at long-gone Bannister Mall." 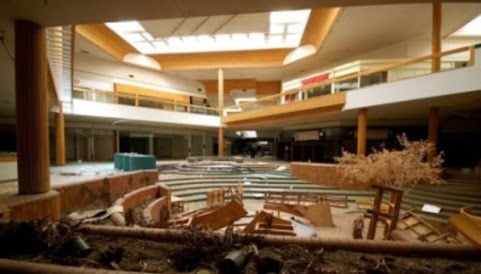 "In turn, the generation at Bannister Mall was preceded by teens who witnessed 'the transition' of The Landing Mall - At its inception, The Landing was a luxury shopping destination on Troost Ave. The grandparents of teens currently troubling Independence Center know how this story ends; Eventually, continued conflict facilitates the departure of the consumer base." 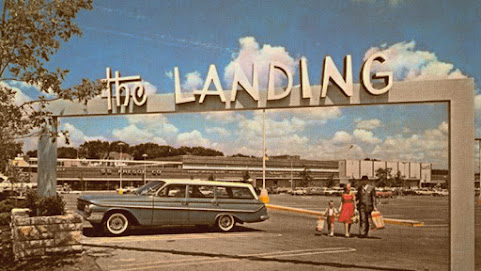 Internets tech provides the alternative and it's not pretty.

Year-round air-conditioned public spaces are headed the way of the dodo given that it's just easier and safer to shop online.

Accordingly and given so much hope for the new year . . . Let's not forget that even the legacy of shopping for useless junk is wrought with divisive rhetoric and the tragic reality that locals have a hard time getting along for any extended period of time.

Actually, Independence Center isn't so bad most of the time. It's Saturdays that are the worst mess. Most weekdays are fine.

We need a shuttle to go to Prairie Fire.

Hey now, I thought that the landing is still kicking. I bought a used toilet and some Topsy's there a few years ago. Good times.

Willfully omitted in the story was the race of said troublemakers although The Landing and Bannister Mall were used as examples. Until facts are faced, history WILL repeat. You can candy-coat crap all that you want but at the ind of the day it is still candy-coated crap.

Middle-class whites are to blame. If they weren't so easily scared, half of the problems wouldn't exist. Not afraid of my community. I'm white and most black kids don't scare me at a shopping center.

All those places that failed had one damning thing in common.... blacks. They ruin everything for everybody.

With the current administrations and prosecutor in place now it’s only gonna get worse.

Until there’s nothing left seems to be the current attitude with blacks about everything.

When blacks take over a shopping center its toast. It's like the law of gravity.

Let one in your neighborhood and well, we see the results.

You mean to tell me that people aren't shopping at 18th & Vine.

We definitely have a negro problem

Don’t count on Amazon to bail out the malls in Missouri. We have dozens of tax supported agencies that are supposed to be giving away our tax dollars to attract businesses to Missouri. But time & time again Amazon puts their facility just across the state line in Kansas. We must insist on performance from these agencies or shut them down and save some dollars.

Local news just reported a shooting there minutes ago. And it's not even Saturday yet.

In the 60s and 70s many in the KC area would meet at the Landing before Chiefs games and would leave cars there and drive to the game together. What happened???


Lets get the truth out there. When I was a teen and the landing was already a danger zone we went to Blue Ridge mall and then to Bannister and of course Independence Center. We NEVER ganged up or caused trouble and we never went there unless we were going to a movie, out for ice cream, or shopping. We always had a purpose. We need to face the facts that this is a black problem I worked in the malls for years and there was never anything like this EVER. Even Seville Square never had this problem only problem was once in awhile black pimps would come in with their women and buy something for them. Other than that very few black people came in and there was never anything like this.

And they had a shooting at the Independence Hood Rat Emporium tonight. They'll never learn.

No mention of the suspect. I wonder what he looks like. Any guesses?

As Dexy's Midnight Runners once said........Come on Eileen!

The mayor of Independence has a beautiful set of big, luscious tits.

The problem shares their pigmentation with roaches.

They also run like cockroaches when police lights flash.

In Baltimore, they call them crickets.

Please segregate yourself to the Parler app. Nobody believes your boosheet.

"...many of those guardians were likely the very same youngsters who endured similar problems at long-gone Bannister Mall."

More likely they were causing the problems at Bannister Mall.