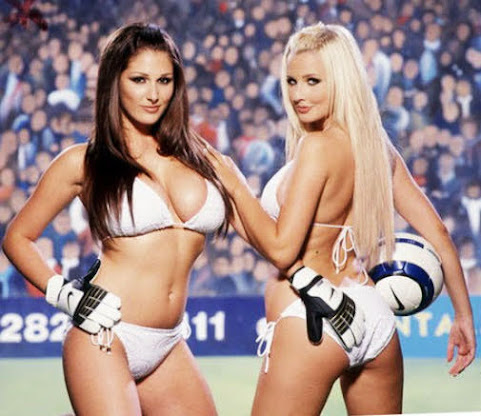 TKC has a very specific vision of lady soccer heroes.

Accordingly, very smart people with a lot of money are betting big bucks on lady soccer fans supporting a venture that has a great deal of progressive hype but, historically speaking, has never been able to garner the kind of American fanbase to support athletes and a successful franchise.

Angie and Chris Long, the husband-and-wife team behind Palmer Square Capital Management, returned to Kansas with a dream of buying a women’s professional soccer team.

That wish was fulfilled Monday when the two announced that they purchased the National Women’s Soccer League’s Utah Royals and planned to relocate the team to Kansas City, Missouri.

The inspiration came from the couple’s trip to France for the 2019 Women’s World Cup and to watch their daughter play in her own soccer tournaments there.

They should just cut me a check and I will hit them over the head...it will be much less painful than losing millions (or at least thousands, as the case may be) that I guarantee will happen in 3 years or less

^^and yet they have the cash, you don't, they have a passion, you're here, they travel, you've never been out of belton, and they have a family, yours hates you. So weird.

^^and yet you're an idiot who goes no where but here everyday......so who is the real loser? It's you and ain't nothing weird about it.

This could work.Location.AND A Stadium That is Close To the JO AND Missouri. Briarcliff Stadium. Home of Womens SOCCER. YOU NEED many great reasturants in the area to support fans after the game And you are close to Downtown. North Kansas City. Five miles from the JO.ITS LOCATION .I WILL SEND YOU MY CONSULTANT FEE .

^^aren't you the dummy who said Trump would win 37 sates? Get out of here moron. Hard pass on anything coming out of your retarded head.

Some bullshit quote you try to pin on everybody. Keep hunting Gomer. How's that NBA thing going?

^^^^^^ BYRON @ 3:46 Leave Trump out of it moron. Besides the election has not been called yet so you know nothing.

Women’s soccer has not been worth watching since Mia Hamm and Brandi Chastain retired.

3:51, the election is over and done and Biden is your POTUS, but you keep those donations flowing to the grift fund you fucking schnook.

3:57 it was pretty good up until that loud mouth highly overrated group over the last three or four years showed up, all pretty and average whiny little girls is what they are now.

About a third of Demoncraps believe Biden only won the election because it was rigged. Too many irregularities to count by the political party that thinks the end justifies any means, as evidenced by the Mueller Investigation fiasco and so many other actions on the taxpayers' dime to remove a duly-elected president over the last four years.

Warning!! Unemployed basement imbecile @3:29 is awake. Be prepared for amazing stupidity. Remarks may include such terms as: CHUD, geezer, MAGAT, Trumptard and weird. Often starts with two or more silly ^^ marks. It is strongly recommended one should ignore what he/she/it posts as it may cause brain damage.

Ha ha! Supreme Court threw Trumpy’s lawsuit out and refused to hear it. Now what MAGATS?

Lady Soccer, I only heard lick some Carpet.

6:21 ^^ Now you'll find out how pathetic of life a Socialist lives. Enjoy reaping the rewards of someone who has no idea what you ordered. Ask the Cubans that didn't vote for Biden about your future.

I would like to watch the players make love to each other after the game, if they’re hot. If they’re the bull dyke version of lesbians, I’ll pass.