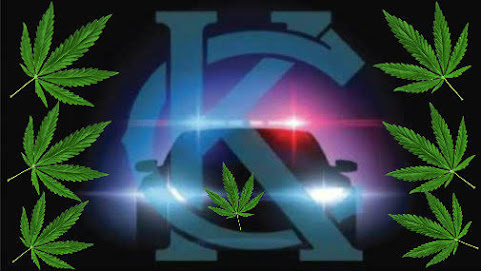 For the record, MSM and transit experts have ascribed the tragic rise in deaths to a far more plausible and much more easily preventable explanation . . .

Check the allegations of REFER MADNESS on local streets that might our might not be to blame for the number of deadly car crashes on cowtown streets doubling . . .

Kansas City police are worried that a de-emphasis on marijuana possession enforcement could keep the number high.

In two years, the number of fatal motor vehicle crashes in Kansas City involving marijuana use has more than doubled, according to data from the Kansas City Police Department.

In a presentation to the Board of Police Board Commissioners, the department said that in 2018 about 25% of fatal crashes "involved marijuana impairment or combination" with another intoxicant. This year that figure is 53%, police say.

The number of fatal crashes in Kansas City is significant. It topped 100 in December, up 40% from 2019. “Marijuana use does seem to be at least related in part to fatal car crashes,” KCPD spokesman Capt. David Jackson said.

Reefer obfuscation, what a bunch of fucktards! Political trickery in full display. Defund politicians and all their appointees.

As a weed smoker I grudgingly have to say there might be something to this. The stronger strains are pretty fucking impairing.

So? Can’t we just install warning signs near any fast food or convenience store? It is reasonable to expect that high drivers may be operating vehicles near a fast food store. People should be aware of that and it is their responsibility to use caution.

i remember the first time i got a buzz from pot.

first thing was to learn to toke. in my case, after the second toke, my buddies parents came through the front door and yelled out to me to move my car because they needed to bring the groceries inside.

so yeah, we're busted. i went out and moved my car while my buddy went through interegation with his parents.

i moved over to under the apple tree and waited. also was wondering about what was going on inside the house. then all of a sudden the GREATEST feeling came about. Wow, this is great.

so about a few minutes of that experience my buddy comes barreling out the front door just laughing all the way to my car.

i give thanks for two things - this God given plant that grows here on earth and godfathers pizza. clearly a harmless case of the blind stoned munchies.

No. Not even close. People who smoke up dont drive. They play video games while eating doritos and drinking mt dew.

People are so fucking stupid.

but cops and lawyers get high too.

Ignore all this. We need weed legal now!

^^popular thought in the trailer park in Frogville dummy?

As they say: you don't know what your missing. Nomnomnomnomnom.

^^and what you're missing is all your teeth.

i would be inclined to follow the Rueters story vs the kc police.

some cops surely hate the legalization because of what they learned about it when they were younger - that it's bad for you. weather or not they found this out on their own or were told by others that's o.k.

but now that pot is going to become more of a mainstay some don't like it simply because it goes against the grain of what they are used to running along.

fyi - i am not a user but i thinks reefer is safer than legalized alcohol. i'm sure others will agree.

We need a roadside test to detect drug intoxication, just like we do for alcohol.

The last time you did that Dad you made me. God you're stupid!

Poor little baby 851/907, does not know difference between literal and figurative, nor can it identify sarcasm.

If this new freedom encourages drivers to run over members of bike/walk, I am all for it.

Since it is now legal, no prob. Please obtain your new hood ornaments starting on Armour Rd. in NKC. Even at a modest 25 mph, should be able to take care of business on a gay bicyclist, eliminating at least one prog voter.

The number of people driving through red lights by mistake is really high. I started noticing that a few years ago. That may cause most deaths. A side impact gives you no airbag protection. Unless your in a Rolls, Bimmer or Benz with side bags. other manufacturer's side bags and just decorations. Watch for people shooting thru red lights!!!!

A intoxicant causing a car wreck?? Nah that never happens. That must be fake news...eyeroll