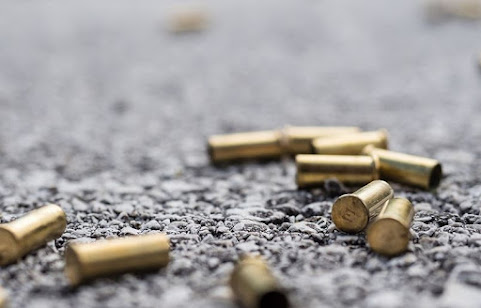 About 2 a.m., Overland Park police were called to 9294 Metcalf Ave. in regard to a business alarm. Police said officers found evidence of a burglary at the store, which appears to be the Micro Center, a computer store located within the Regency Park Shopping Center.

During a search of the area, police said a suspect tried to run away. As police officers pursued the suspect on foot, the suspect allegedly “turned and fired on them” around 4:30 a.m., police said in a news release.

The news release stated that the officers fired shots in return. Police have not said how many officers were involved in the incident.

Police said the suspect continued to flee but was then arrested in a nearby apartment community.

This was probably a white dude.

If headed to the apartments behind Micro Center I doubt they be any white folks.

^^^ Okay Leawood dork. It's not exactly the ghetto near Metcalf. Grow up. Stop being scared.

Who cares what color he is, besides a damn racist.

Micro Center was closed all morning and afternoon on Dec. 24th for "cleaning." Then this burglary happened on Dec. 25th. More cleaning will be needed?

Since blacks can't be deemed racist the point is mute

He isn't black. He's just a guy who needed a power cord.


I used to shop at that store and wal mart market until it was taken over by low class black people. They moved in as fast as a flash mob moves and one big fat black lady even put racist shirts on her little boy. Sad to see this happen, that was a nice area no blacks and no trouble. Now look at it.

Right wing closet case kicked out of his mother’s basement for torturing puppies and forgot he parked his new home in downtown Nashville.

Cops need much more time at the shooting range. They miss their targets way too much.

Thats actually a really nice area with LOTS of O.P. Police around there all the time. You so much a go through a long yellow traffice light and your going to get pulled over. They have that area covered. The guy must have wanted to get caught. That area is like the inside of a police station. What a fool.

10:51, think the point would be your not racist to point out most violent crimes are committed by the same people. Then toss in the fact you must not know that area well. How many violent crimes were committed last year by one group people ? Get out your thinking cap and use your fingers, if you must.

Black males aged 15-35 make up 3% of the nation’s population and are responsible for:

Section 8 housing should have prison guards. It's ruining the parts of the city that were once nice.