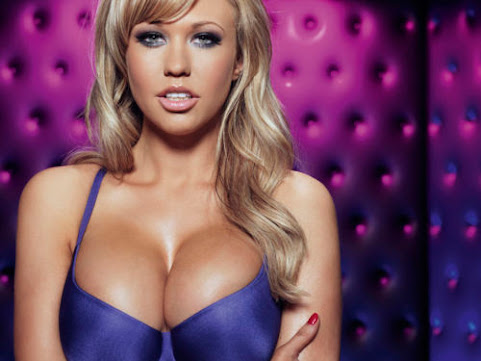 KANSAS CITY, Mo. - With a COVID-19 vaccine on the horizon, some small business owners hope that will usher in change regarding the use of face masks. "For a place like ours that really thrives off of foot traffic and customers coming to restaurants, all of that has really slowed down," Keith Bradley, Co-Owner of Made in KC, said.

The Kansas State High School Activities Association Board of Directors voted Tuesday afternoon to allow two parents or guardians to attend high school activities starting Dec. 10.The decision by the board was a reversal of an earlier decision by KSHSAA banning all fans from winter events, including basketball games, wrestling matches and other interscholastic events.

Grandview neighborhood upset about noisy gun range, even after improvements

GRANDVIEW, MO (KCTV) -- When a small red triangular flag starts waving across the road from Greg and Colleen Melchior's house, everyone on the street knows what they're about to hear. "It's terrible," Greg said. "When it goes on day in and day out it gets to you."

Sophie Reade put on an eye-popping display on her Instagram page, as she flashed the flesh to her 130,000 Instagram followers. The Big Brother champion looked sensational, as she decided to abandon her top for the occasion. Sophie, 31, rocked just a blush-pink thong for the impromptu photo session, as she posed with booty to camera.

"There still could be conversations between the two candidates, and if they could come to an agreement and make a proposal, that would be something I'm sure the delegation would listen to," said Rep. Gregory Meeks, a senior member of the delegation. "But we'll see what happens."

Secretary of the Army Ryan McCarthy spoke with CBS News in an exclusive interview Monday ahead of the release of the Fort Hood Independent Review Committee report. When asked about the prevalence of sexual assault and sexual harassment in the military, Secretary McCarthy said "the trend is going the wrong way" and promised to "take some pretty dramatic steps in order to reverse this trend."

The setup reflected the broader politicization of the pandemic that has become entrenched as Trump nears his departure date and President-elect Joe Biden prepares to replace him. Trump has retreated from regularly discussing the pandemic and rarely appears alongside medical professionals.

In Michael Wilson's childhood, he recalled, the founder of multiple cannabis-related startups got into fights at school - then suspended - resulting in numerous car rides with his father as the elder Wilson ventured on sales trips. "From age 7 or 8, I had an education on how to do business, interact with people and relate to customers," Wilson said.

The Royals have signed first baseman Carlos Santana to a two-year, $17.5 million deal with incentives according to MLB Network reporter Jon Heyman. The 34-year old switch hitter has spent ten of his eleven big league seasons with the Cleveland Indians, hitting .199/.349/.350 for them last year with 8 home runs in 60 games, leading the league in walks for the second time in his career.

KANSAS CITY, MO (KCTV) -- Cathryn McClelland was 41 years old and a nurse at Children's Mercy Hospital. On July 19, 2019, she didn't feel well but didn't want to scare her young kids by calling an ambulance.

We See You: KC area groups relying on power of penmanship for holiday normalcy

Due to the pandemic, the city of Olathe, Kansas, is collecting letters for Santa Claus instead of hosting its traditional Santa events. And in Lake Lotawana, Missouri, anyone can drop off a letter to the elderly at The Lottie Coffee and Cone.

Wednesday will be warm, sunny

Temperatures overnight will drop into the mid-30s. Wednesday will warm up quickly with sunny skies.

So, how does Trump get credit for this?

Shouldn't Boris Johnson get the credit?

If we have Donald Trump to thank for this, then why did the British get it first?

The country has averaged about 2,237 daily coronavirus deaths across the past week, while we wait & wait & wait for the FDA to approve a vaccine that is already saving lives in Britain!

Why is this taking so long? Why is there no sense of urgency? What's the FDA doing tomorrow that's so important they can't approve this vaccine NOW.

If the vaccine isn't safe, will it kill 2.237 people tomorrow, because that's how many people are going to die, even now when we have a vaccine!

Tomorrow's deaths are on the FDA!

Oh, that's right, the British have socialized medicine, which means the infrastructure for mass distribution is already in place.

The Trump Administration isn't sure how much the vaccine will cost, but the British get it for free, because they have socialized medicine.

We can't have that here, because socialism is bad, & universal healthcare is an unworkable pipe dream.

If we all kneel down & kill the ring of the rich man, maybe he'll give us the medicine we need to live, or maybe not, we'll see....

Trump is finished. So there's that.