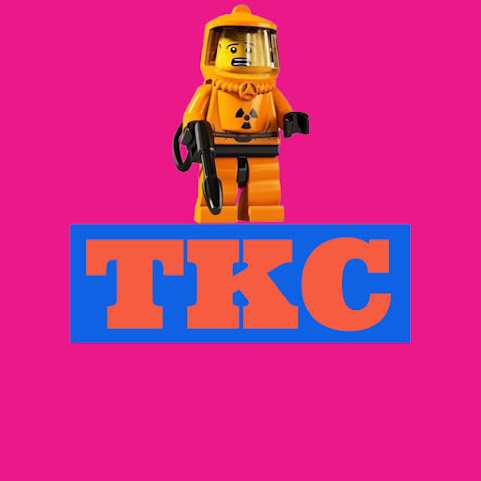 For our beloved late night denizens, we take one last peek at pop culture, community news and top headlines for night owls.

KCK school board moves start of in-person classes to April

The Kansas City, Kansas school board voted Tuesday to move the start date of in-person classes to April.The original date was set for January.The district has been in an all-virtual format since they began the school year on Sept. 8.District officials said more information will be available on its website Wednesday.

OVERLAND PARK, Kan. - Beyond the Christmas decor at Queen's Price Chopper near 87th and Antioch is a new system to keep shoppers safe while roaming the store. "Hopefully it gives them a peace of mind," Price Chopper Owner Barry Queen said. Several machines, attached to poles throughout the store, essentially create cleaner air.

KANSAS CITY, MO (KCTV) -- A mother of eight is thankful to be alive after her van was caught in the crossfire during a deadly shooting near a Kansas City gas station on Thanksgiving night. Danielle Benson says her young son and older brother were inside the store when someone opened fire outside of the Troost Market in Kansas City, Missouri.

Barr says no evidence of widespread fraud in presidential election

The Justice Department hasn't found evidence to support allegations of widespread fraud that could have changed the result of last month's presidential election, Attorney General William Barr said in an interview with the Associated Press published Tuesday.

Giuliani Is Said to Have Discussed a Pardon With Trump

Their talks occurred as the president's lawyer continued to loudly promote baseless claims of widespread election fraud that cost Mr. Trump the election. Rudolph W. Giuliani, President Trump's lawyer who has led the most extensive efforts to damage his client's political rivals and undermine the election results, discussed with him as recently as last week the possibility of receiving a pre-emptive pardon before Mr. Trump leaves office, according to two people told of the discussion.

All day, Project Veritas founder James O'Keefe has been hyping the huge revelations the group would be releasing from their latest stunt. In a dramatic video posted Tuesday morning, the conservative activist could be seen unmuting himself and informing CNN chief Jeff Zucker, "We've been listening to your CNN calls for basically two months and recording everything.

While reflecting on the impact of his past drug abuse on his writing and recording process, MGK recognized two people in his life who were influential in his pursuit for help.

Celebrities are flooding Twitter with support for "Juno" star Elliot Page after he came out as transgender. "I feel lucky to be writing this. To be here. To have arrived at this place in my life," Page wrote in a statement on Tuesday.

KANSAS CITY, Mo. - An Overland Park theater has temporarily closed in response to the coronavirus pandemic. Glenwood Arts Theatre initially closed for seven months, beginning in mid-March at the start of the pandemic. It had reopened in October with a limited schedule.

Two U.S. Navy Blue Angel pilots made a quick stop in the Kansas City area on Tuesday ahead of next summer's 2021 KC Air Show. Blue Angel No. 7 touched down this morning at New Century AirCenter in Gardner, Kansas. Two members of the Blue Angels visit each air show site to help prepare the rest of the team.

Hide Transcript Show Transcript 43 IN TRENTON, 45 IN CHILLICOTHE . THE EVENING FORECAST SHOWS GRADUAL COOLING THROUGH THE 40'S INTO THE MID-30'S BY 10:00 THIS EVENING. 33 AT MIDNIGHT, PATCHY CLOUDS WITH A SOUTHEAST WIND EASING UP AS WELL. LOWE'S TOMORROW MORNING, ANOTHER COLD START, BUT NOT AS COLD AS IT WAS THIS MORNING.

You know, they call it dope for a reason.

That reason is YOU.


Barr DID NOT say there was no evidence of voting fraud. He said there was not enough evidence YET. Powell has not presented her evidence in court YET.
Democrats need to learn how to read and understand what they read. We all now how illiterate they are.

And yet, TRUMP IS, AND ALWAYS WAS, A LOSER - AND JUST LIKE WITH THE MAJORITY OF HIS BUSINESS DEALS, HE'S LOST AGAIN!

Face reality, Trump got into Office because the American people either voted against Clinton or stayed home in 2016, and Trump has been nothing but a FAILURE while in Office.

Hell, any decent Candidate would have beaten Biden, it took an UBER-LOSER to fail at that too!

7:09 you’re still scared Trump is gonna pull this out aren’t you! Barr did say “yet” maybe you should get checked for dyslexia or get tested for stupidity or maybe both! Hahahahaha!

7:09 everything you said is a lie, just like you

Peelousy is an idiot for delaying covid relief, she’s doing it in the hopes of biden taking over so she can payoff her friends, she’s put her crooked self and her rich and powerful friends ahead of starving, out of work and homeless people. She don’t give a damn about you lowlife scum, she’s here to stroke her ginormous ego, make money and get more power. The little people mean nothing to her. Nevar have.

^^^ the bitch can’t even talk, all she does is stutter, mumble and worry about her hair!

AT&T currently owns CNN and is trying to unload the network for pennies on the dollar.

Conservatives are leaving AT&T phone service in droves to protest against the Communist News Network.

Do yourself a favor and never Google pictures of a woman getting her vagina turned into a dick...... just awful, they cut up your body all over the place to get skin to make a dick.

Ellen page is sick in the head.

^^^ maybe rapey joe and her/him can get together and break another foot! Hahahahaha!

You know it took three days for the China joe camp to come up with a story of how he broke his foot, they hired focus groups, consulting agencies and the dog story was the best they could come up with! We all know his bones are brittle so why not just admit it? He’s not going to last two years as senator before they throw his ass out for dementia! Lmao!

Project Veritas....LOL. Yeah, they're legit. Run by a convicted criminal who has demonstrably cut up videos in attempts to smear people. It's really a bush league org.

Must suck that Barr, Trump's guy, took a shit all over this widespread voter fraud bullshit and stated there's no evidence of it. Apparently the weirdos on parler are ready to hang him for treason. Republicans eat their own all day every day at the behest of some fat fuck who paints his face orange, wears diapers, and has a dead rodent on his head.

The fealty of Trumptards to their overlord is really something to behold.

Legalize that shit and tax it!

Couldn't agree with you more !

We wish China Joe wasn't so full of energy and would take a nap laments Anderson Cooper.

Oh by the way the DoJ had to come out and debunk the spin you're selling, because it's bullshit. Thanks!

Project Veritas made up those months of calls guys! It's all fake or Russia or something!

Also, DoJ is out today debunking your horseshit. Thanks!