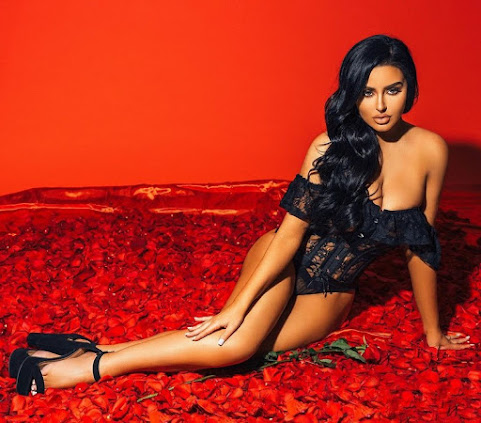 LEE'S SUMMIT, Mo. - Experts say the process will be similar to scheduling an appointment for a flu shot. When the COVID-19 vaccine is eventually available for the public, all they'll have to do is call a vaccine provider for an appointment.

KANSAS CITY, MO (KCTV) -- A local mail carrier for the U.S. Postal Service has been indicted for stealing people's mail along his route and depositing their checks into his own account. Lane A. Snider, a 21-year-old from KCK, has been charged in a 13-count indictment by a federal grand jury in KCMO.

A human rights group has lost its bid to bar the Johnson County jail from withholding magazines and other publications from jail inmates. A federal judge denied the Human Rights Defense Center's request for a preliminary injunction, ruling the jail was within its rights to withhold the materials.

KANSAS CITY, Mo. - The distribution of Pfizer's COVID-19 vaccine continued across Kansas City Tuesday as more hospitals reported they had received the vaccine. The University of Kansas Health System announced early Thursday afternoon it had received its first shipment of the vaccine.

Will Fast Fashion Survive the Pandemic?

Since sheltering-in-place, I've been redefining my relationship with consumption. I've spent time cleaning out my closet, researching sustainable brands, and transforming old clothes into new. In efforts to reduce my carbon imprint, I've been training myself to fight the urge to buy fast fashion. And I'm not alone.

After the Electoral College cast its votes and affirmed his victory, on Monday, Joe Biden declared that "democracy prevailed" and "faith in our institutions held." And Senate Majority Leader Mitch McConnell finally congratulated Biden as President-elect and Kamala Harris as Vice-President-elect. On January 6th, a joint session of Congress will officially count the votes.

McConnell for the first time recognizes Biden as President-elect

Senate Majority Leader Mitch McConnell said Tuesday that following the electors meeting on Monday, "as of this morning, our country officially has a President-elect and a vice president-elect."

A bipartisan group of senators on Monday introduced two stimulus bills, an effort that could be Congress's only hope for more Covid-19 relief in the near term. The proposals include a $748 billion bill, which contains funding for 16 weeks of enhanced unemployment insurance, and a $160 billion bill, which includes money for state and local aid, as well as liability protections for businesses.

It's been a crappy year. What better way to make ourselves feel less bad than a little retail therapy? Whether you're purchasing something for a loved one or a present for yourself-hey, we aren't judging-the team at Royals Review (and by team I mean me) are here to help with your shopping.

KCK police to wrap over 500 gifts for area children

KANSAS CITY, KS (KCTV) -- Members of the Kansas City, Kansas Police Department's Community Policing Unit are wrapping over 500 gifts for children in the area. The gifts for over 172 children representing 53 families from the Kansas City community who need a little extra help this year.

When it comes to the holidays, sometimes you don't feel like preparing a huge meal for yourself and your loved one. The Pitch is rounding up a list of local restaurants that will cook for you instead. Don't see your favorite spot on here? Message us here so we can add it!

Hide Transcript Show Transcript AS FAR AS HOW THINGS LOOK ON RADAR, WE DO HAVE A LOT OF CLOUD COVER. THE STORM SYSTEM WE HAVE BEENPTR AND SOUTHERN KANSAS IS MOVING INTO PARTS OF SOUTHERN ANDERSON COUNTY. YOU MAY START TO SEE SOME LIGHT SNOW SHOWERS. MORE OF THE SAME.

As Abby had long fantasized about having sex on a bed of rose petals, when the wholesale florist made her dream come true, it was a plucking good time!!!

Lane A. Snider, a 21-year-old from KCK? Guess we can guess what race this is.


I'll bet those people in KCK are the same ones who want to defund the police and yet they are treated so kind by the police. What a waste.