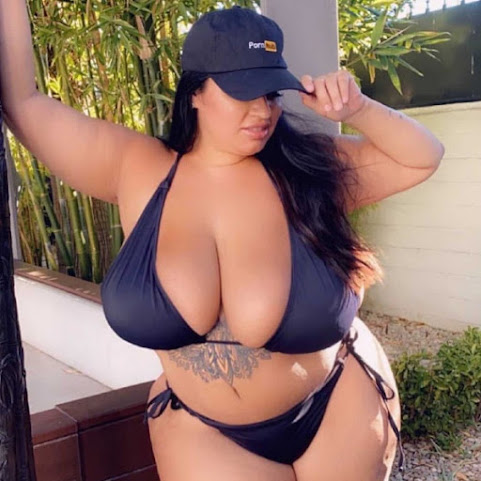 We start our news journey with larger than life pr0n hottie Sophie doing a bit of promo for a tech platform that is not only taking their game mainstream but also offering a controversial 'inclusive' version of adult material. And all of THAT inspires our peek at pop culture, community news and top headlines for right now . . .

KANSAS CITY, Mo. - A donation drive is aiming to help women in Kansas City, Missouri, who have escaped domestic violence. Tuesday marks the beginning of Giving Hope and Help's 12 Days of Giving, which is aimed at collecting donations of feminine hygiene products. There will be a contact-free donation drive-thru on Dec.

Best of KC 2020: KCUR (and the man himself, Steve Kraske) are keeping journalism thriving

A shining light throughout a hard year for journalism has been the excellent coverage of Kansas City by the staff at KCUR.

Pornography has been part of the problem. Now, they want to help make things better.

Trump lawyer: ex-election security chief Krebs should be 'taken out and shot'

A former head of US election security who said Donald Trump's defeat by Joe Biden was not subject to voter fraud should be "taken out at dawn and shot", a Trump campaign lawyer said. Condemnation of Joe DiGenova's remark about Chris Krebs was swift, including calls for his disbarment and the charge that he was behaving like a "mob attorney".

First lady Melania Trump on Monday morning revealed this year's White House Christmas decorations and theme: "America the Beautiful." The unveiling comes less than two months after secret recordings from June 2018 were aired by CNN, in which she complained about preparing for the holidays at the White House.

EXCLUSIVE: The Trump campaign is filing a lawsuit to the Wisconsin Supreme Court Tuesday -- alleging abuse around the process of absentee voting in the state, which they say affected approximately 220,000 ballots.

Erbil, Iraq - The alleged mastermind of nuclear weapons program, Mohsen Fakhrizadeh, was buried with full military honors on Monday. He was with a remote-controlled machine gun mounted on a car that later blew up, according to Iranian media reports. Iranian President Hassan Rouhani blamed Israel for the killing on Saturday and vowed retribution "in due time."

Kelly Clarkson just scored a big victory in her divorce case ... the judge just awarded her primary custody of their 2 children in Los Angeles. Kelly and estranged husband Brandon Blackstock were fighting over custody of 6-year-old River and 4-year-old Remy.

By John Sharp Construction has started on the first new building at the Blue River Commerce Center, the massive new industrial park being developed at the site of the now demolished former Bannister Federal Complex on the north side of Bannister Rd. just east of Troost.

KANSAS CITY, Mo. - The Lucile H. Bluford Branch of the Kansas City, Missouri, Public Library will remain closed after a staff member tested positive for COVID-19. The staff member worked the week of Nov. 23, but the branch has been closed since Thanksgiving, according to a library system news release.

Frosty to start your Tuesday. Heavy coats again today with mostly sunny skies and highs near 47.

Busta Rhymes - Boomp! is the song of the day and this is the OPEN THREAD for right now. Keep going for more local links . . .

KANSAS CITY, MO (KCTV) -- Firefighters from 18 fire departments from around the metro stepped in Monday to keep the city safe as Kansas City, Missouri, firefighters mourned the death of Fire Captain Robert "Bobby" Joseph Rocha. On November 21st, Rocha, a 29-year-veteran of KCFD, lost his battle after contracting COVID-19 in the line of duty.

The Shawnee Mission School District is looking at making changes to mascots that use Native American imagery after thousands of people - including current and former students - signed a petition seeking to have the Shawnee Mission North High School drop its Indians name and mascot.More than 3,300 people signed a Change.org petition this summer urging the district to change the mascot - an image of a Native American chief in full feather headdress - by the school's 100th anniversary in 2022.

KANSAS CITY, Mo. - Gov. Laura Kelly appointed state Court of Appeals Judge Melissa Taylor Standridge to fill a vacancy on the Kansas Supreme Court. After graduating from the University of Missouri-Kansas City School of Law, Standridge worked in Kansas City as an associate attorney for Shook, Hardy and Bacon before moving on to become chamber counsel to U.S.

Nick's Picks | Your Guide for a Busy Week, and Holiday Season Ahead

With Thanksgiving in the rear view mirror, how did we do? Did holiday gatherings and Black Friday shopping crowds create super spreader events in Kansas City? Later this week we'll get a better indication of that. But experts warn the numbers may initially appear lower because testing centers have been closed for a few days.

KANSAS CITY, Mo. - When it comes to COVID-19, there are many remaining unknowns. That is true for what people should do after testing positive, isolating and recovering from a bout with the virus. Zoe Jones got the virus early on in pandemic and felt lasting effects for weeks, even after being cleared to resume some activities.

KANSAS CITY, Mo. - Scraps KC has a new twist on this year's Day of Giving. Instead of "Giving Tuesday," Executive Director Brenda Mott said they're calling it "Getting Tuesday." "Getting Tuesday is going to be like Giving Tuesday, but we want people to know that when they give they are going to get so much more than they ever expected," Mott said.

KC Shepherd's Center says it is in need of volunteers to help deliver meals to homebound seniors and others during the pandemic.It's already been a busy holiday season for the KC Shepherd's Center Meals on Wheels program."People are actually focused on the needs of older adults right now," said Janet

Struggling small businesses in Johnson County to receive $10,000 to help get through pandemic

PRAIRIE VILLAGE, Kan. - Johnson County is giving small businesses $10,000 to help struggling owners get through the pandemic. Time is winding down for applications and there is still money to be had. While $10,000 is nothing compared to what small businesses have lost during this pandemic, it means everything to folks barely scraping by.

Kansas City Chiefs tight end Travis Kelce has the hot hand on the field - and apparently in his portfolio. Kelce, who is 22 yards away from his fifth consecutive 1,000-yard season for the Chiefs, was among a group of athletes who stand to score from their investment in Cholula Hot Sauce, according to Forbes.

One Kansas farmer's art legacy continues with his family."It just felt right and we just knew it was something we wanted to do and that he would want us to continue to do it," said Pam Lungren, wife of Rod Lungren.It started 25 years ago as a Kansas farmer's project."He loved to have fun and he loved small town community and liked a good laugh," Lungren said.Former Wichita State football player Rod Lungren was a freshman on the team that crashed in 1970.

It's time for the KC Royals to start making some real moves. They want to be done with the rebuild and ready to contend again. To do this, though, they need some bigger pieces rather than just some possible reclamation projects.


Journey Of The GOAT

We have all seen the highlights of Tom Brady's NFL Combine performance. His metrics made us all feel good about ourselves - a 5.28 40-yard dash and a beer league softball body. He did not earn the reputation as the current G.O.A.T.

That's bad news for everybody.

Roll her in flour and look for the wet spot. - bad joke punch line and also a top comment on TKC.

Create jobs or move jobs from other locations to this one?
There's a BIG difference!
Nobody at 12th ^&Oak seems to realize this fact!

Tony, you do realize we can't "un-see" horrors like the Top Photo don't you?
Please give us some sort of warning if you are going to post monstrosities!

Oh, and @9:19, it'll take half a ton of flour, and you'll still find hundreds of wet spots, there's no way she can clean herself.
(Yes, I got that drunk-ONCE!)

Why are they building over the old bannister fed complex ground? Didn't a shitload of people get cancer from that place or are we just gonna ignore that?

If the "Indians" name offends the majority let it go and find another mascot name.

It was a different time period then, all white - the aura of the area has changed or in other words, has outlived it's usefulness aura wise for the people who wanted to get away from the urban areas to that particular section of joco.


Why no hot steaming wieners at Quik Trip ?

Why Dr. Rex Archer, please tell us why?

Are the hot steaming wieners full of Corona Virus ?

or did Dr. Rex Archer want all of the hot steaming wieners for himself ?

Why is KCTV - 5 Erin Little playing with her pussy during the forecast ?

"If the 'Indians' name offends the majority let it go and find another mascot name." It is far from certain that the majority of Kansas who live in that school district favor name change. But I agree with you if that's what the majority, as measured by vote, want then go ahead with it. That however is not how the education bureaucracy operates. They will make a decision without regard to majority preference. The squeaky wheel will get greased first.

Are they changing the name of Lenexa, since that was based on the wife of an Indian chief? That must offend someone somewhere, so let's get that changed soon.

Bingo,and how long before those transferred employees develope cancer from the 1100 recognized chemicals that are in that ground.

Sure is,they don't care because the neighborhood is predominantly black.

^^old and lonely. Sad that everybody hates you, but you deserve it.

I would sniff coke off of Sophie Rose pubic hair.

I would sniff coke off of anyone’s pubic hair. DAD!!!!

Nice to see Meloonia's latest take in the war on Christmas. She really meant it when she said "Fuck Christmas".