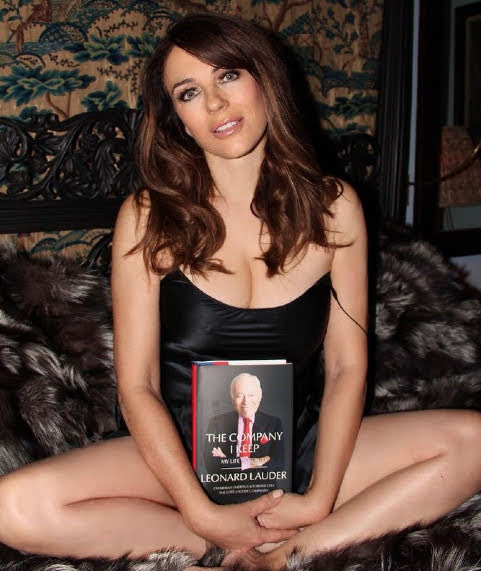 KANSAS CITY, MO (KCTV) -- The Kansas City Symphony is planning to resume in-person concerts in mid-January. In a news release, the symphony announced that it plans to start performing again at the Kauffman Center for Performing Arts on Jan. 17, 2021.

LENEXA, Kan. - As COVID-19 vaccines arrive in the metro, they must be stored in ultra-cold freezers. If the temperature of the vaccine drops too low, it loses its effectiveness. Ultra cold freezers can be set down to -80 Celsius or -122 Fahrenheit, which is just enough because the Pfizer vaccine must be stored at [...]

A big question still surrounding the COVID-19 vaccine is whether or not it's safe for pregnant women. KMBC 9 spoke with an OB-GYN from Truman Medical Center and Children's Mercy Hospital about the benefits and potential risks.

Even at 55, Elizabeth Hurley continues to bring the heat-this time with behind-the-scenes lingerie photos captured during her run as Queen Helena on The Royals. The English actress, who starred in the royal family-following soap opera over four seasons, donned an elegant see-through gown and a lacey white lingerie set in a pair of pics.

President-elect Joe Biden has tapped Democratic Rep. Deb Haaland, a congresswoman from New Mexico, to serve as the first Native American interior secretary in a historic pick for a department that oversees the country's vast natural resources, including tribal lands.

President-Elect Joe Biden defended his son Hunter Biden amid an ongoing investigation into the younger Biden's taxes. During an interview with Stephen Colbert that is scheduled to air on Thursday night, the president-elect sat alongside Dr. Jill Biden and expressed "confidence" in his son.

Connie Chung just went scorched earth on some huge names in news ... saying working with Barbara Walters and Diane Sawyer was "not unlike what Tonya Harding did to Nancy Kerrigan." Chung was on "The Originals" podcast for L.A. Magazine and dished about her time as an anchor at ABC, CBS, NBC and CNN.

George Clooney Weighs In on Tom Cruise Shouting Over COVID Guidelines: 'I Understand Why He Did It'

George Clooney says he understands why Tom Cruise lashed out at crew members on the set of Mission: Impossible 7 over COVID-19 guidelines being neglected on set. In a two-minute recording, posted by on Tuesday and authenticated by sources to The New York Times , Cruise is heard yelling at members of the production team in London for reportedly violating on-set social distancing guidelines.

AOC hits back at Marco Rubio for calling out 'f---ers' comment: 'That is the right word'

Rep. Alexandria Ocasio-Cortez backed up Biden deputy chief of staff Jennifer O'Malley Dillon after she called Republicans a "bunch of f---ers." "Biden talks about unity and healing, but you want to know what they really think?" Sen. Marco Rubio, R-Fla., wrote in a tweet.

KANSAS CITY, Mo. - As the Pfizer COVID-19 vaccine makes it's way to to Kansas City, Missouri, more front line workers are being vaccinated. Kristin Sollars was the first nurse at the Saint Luke's Health System to be vaccinated with the Pfizer vaccine on Wednesday. It's a sign of hope for her.

If you're on the hunt for a festive KC-centric memento for the holidays, may we suggest Made In KC's gorgeous new Shuttlecock Snow Globe? The squad at Made in KC teamed up with the gurus at 3DHQ on the Plaza to create the festive ornament.

For the first time since the Middle Ages, Jupiter and Saturn will become so close to each other in the night sky that they'll appear as a brilliantly bright "double planet." On the winter solstice, Dec. 21, the solar system's two largest planets will be visibly on top of each other in the western sky.


Are you restaurant owners going to put up with being shut down and yet concerts are allowed???

^^^ The concerts are before 10 PM. You don't know what you're talking about. Idiot.

What "restaurants" have people dining after 10:00pm?
These places are Bars!

These days, Liz is happy to go to bed with a hardbound book, and in a couple of years she'll be accepting paperbacks!!!

Do you think AOC stands in front of her mirror practicing her "serious look"?

Let me get this straight.

AOC is yelling at Marc Rubio for Rubio stating calling people "F*ckers" during a unity speech is offensive.