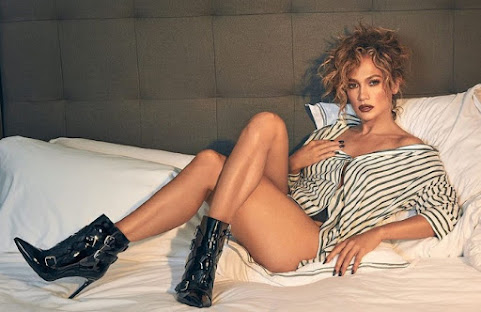 Tonight #TBT hottie J-Lo inspires this peek at the discourse for our most loyal readers as we check pop culture, community news and top headlines.

It is time, according to the Kansas City Chiefs. With the Chiefs holding a 99-percent chance to clinch their fifth-straight division title, the organization announced Thursday that (potential) playoff tickets for games at Arrowhead Stadium will go on sale beginning this Monday, December 7, for season-ticket holders and continue for Jackson County taxpayers and the general public on Friday, December 11.


COVID Lockdown In The Dotte

Quarantine protocol to remain at 14 days in Wyandotte County

KANSAS CITY, Mo. - A Gladstone woman was scammed out of nearly $80,000 in about a week. The Kansas City Police Department did a lot of the leg work in tracking her down to hopefully stop help her from falling victim again. Her son, Steven Green, said they nearly stole her entire life's savings.

JLo on Refusing Botox at 23, Her Mom's Best Beauty Advice, and Looking Great at Every Age

Biden to call for 100 days of masks after inauguration

President-elect Joe Biden said during an interview Thursday that he plans to ask the American public to wear masks for 100 days, starting the day he is inaugurated. Biden, during an interview with CNN, said that he will ask Americans to mask up, but only for a limited period.

Trump backers, including Flynn, edge toward a call to 'suspend' Constitution to head off Biden taking office

Even as prominent Republicans, including Mitch McConnell, began to grudgingly acknowledge that Joe Biden will be the next president, a noisy grassroots movement devoted to keeping Donald Trump in office seemed to be edging closer to advocating seizing power in what would amount to a coup d'état.

A Wisconsin court commissioner overseeing the case of a teenage gunman accused of killing two people and injuring a third during protests in Kenosha, Wis., this summer, has denied defense attorney's request to dismiss two of the six charges facing Kyle Ritttenhouse.

Trump mulls preemptive pardons for up to 20 allies, even as Republicans balk

"That is in a category that I think you'd probably run into a lot of static," said Sen. Mike Braun (R-Ind.). "That's charting new territory, I'm guessing. I don't think that's ever been attempted before." The result is yet another looming showdown between Trump and the broader Republican Party.

Even before winning his third Silver Slugger Award since 2016, Salvador Pérez was among the most accomplished Royals in franchise history. And while he is known far more for his defensive capabilities, as told by his five Gold Gloves, he is now tied with George Brett for the most Silver Sluggers in Royals history.

The damages caused by the pandemic continue to rack up in the community. Five years after its opening on Broadway, Shio Ramen Shop announced on Instagram that its final day of operation will be Dec. 23. It follows a string of recent restaurant closures in Kansas City.

Sunny, highs in the 40s Friday

Hide Transcript Show Transcript FARTHER TO THE SOUTH, BUT THAT IS GOING TO CHANGE. SPORTING HAS A MATCH AND YOU SHOULD BE NO MATCH FOR TRYING TO STAY WARM AS LONG AS YOU HAVE THE RIGHT COAT, IT IS GOING TO BE ALL RIGHT, CHILLY, BUT COLD AND DRY.

So a stinkn foreigner stole that old lady's money in Gladstone? Damn them to hell 👺

TOP PHOTO -- A ROD RUNS THROUGH IT