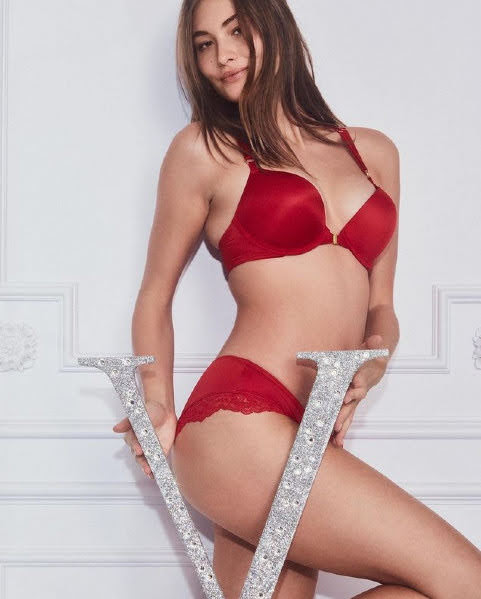 For our most dedicated readers we share visions of an enduring brand along with pop culture, community news and top headlines.

KANSAS CITY, Mo. - Ability KC has been a community fixture since its founding in 1947, providing important outpatient rehabilitation and therapeutic services to patients with disabilities. One 47-year-old patient's road to recovery runs through Ability's halls. "Don't worry where you're at a month from now, a year from now, just worry about the 24 hours ahead of you," Paul Baird said.

The United Way of Greater Kansas City appointed COO Michelle Hogerty as interim CEO of the organization following the departure of Brent Stewart, who led the nonprofit for 13 years. Hogerty has been COO since 2012, according to a release.

Momentum investing is all about the idea of following a stock's recent trend, which can be in either direction. In the 'long' context, investors will essentially be "buying high, but hoping to sell even higher."

Biden to select Deb Haaland as Interior Secretary, the first Native American to hold that position, if confirmed

President-elect Joe Biden will nominate Rep. Deb Haaland to be Secretary of the Interior. If confirmed, she will be the first Native American to not only serve in that position but in any Cabinet position. The Department of the Interior is home to the Bureau of Indian Affairs.

Sweden's King Carl XVI Gustaf has described 2020 as a "terrible" year and says the national coronavirus strategy has failed. Sweden has been criticised for its unorthodox approach to handling the pandemic, relying more on guidelines and never imposing a full lockdown. The country has seen nearly 350,000 cases and more than 7,800 deaths.

Second stimulus checks may be on the way. Here's what advisors say you should do with the money

A new stimulus check is in the works for millions of Americans. If you're eligible for a payment, it may feel either like a life raft or a sudden windfall, depending on how Covid-19 has affected you and your family.

KANSAS CITY, MO (KCTV) -- The Community Blood Center is holding a blood drive in Kansas City in memory of Dr. Julie Ball. Ball was a firm believer in donating blood, having donated 56 times before being diagnosed with cancer. She was a veterinarian at Farview Veterinary Hospital in Independence.

We have a vaccine, when should we expect fans at baseball games?

The pandemic has made 2020 a year most of us would like to forget, but there is finally a light at the end of the tunnel. The FDA approved the first U.S. vaccine for COVID-19 last week, and already front-line workers around the country have begun getting vaccinations, including here in Kansas City.

It's not a coincidence that it was the 2019 Kansas City Chiefs team that won the franchise's first championship in 50 years. It was the only squad they had fielded since their 1969 championship that had three essential elements: a strong offense, a strong defense and a transcendent quarterback.

My Favorite Things - John Coltrane is the #TBT song of the day and this is the OPEN THREAD for right now.

I get it, she has to do it because Biden is preaching unity to a number of people who are clinging to bullshit and debunked conspiracy theories in order to placate his narcissistic predecessor, but yeah, they are a bunch of fuckers.

And before you start posting a bunch of horseshit links to horseshit weirdo right wing websites, keep in mind, they've brought none of this to light in a fucking court of law. No evidence at all. So basically, all the Trumptard lawyers have done is walked into courtrooms and cried about state laws about how votes are collected, counted, and what not. They've brought not a single fucking shred of evidence of widespread fraud. Which is why they are summarily rejected and laughed out of court.

@3:40 Keep telling yourself that. Just keep repeating it over and over, it'll give you comfort. Just like four years ago, when Hillary was sure to win. But come January twentieth, have some booze and sedatives handy.

^^The Dictator will be evicted on January 20.

Tuck Carlson is talking about Dr. Biden's doctorate, while Laura Ingram is telling people to celebrate Christmas with you extended family. If you do that, be sure to say good-bye to your grandparents because you probably won't see them again.

All of Fox (News) is talking about Hunter Biden, because Ivanka Trump broke the law when she visited China.

Republicans watch Fox & believe what they see & hear, while whining about the MSM, which somehow, never seems to include the most Fox (News). Since the election, CNN has surpassed Fox in the ratings.

4:02 - LOL. Can I have some of what you smoke, you delusional fuck. You know Trump is just milking dumb dumbs like you to pad his little legal fund/campaign fund to the tune of $200M+ so far. You're an easy fucking mark, moron.

The only drinking I will be doing on 1/20 will be celebratory. Loser.

Sorry, Tony, I should have looked more closely.

Naming a Native American to be Secretary of the Interior will ensure that Native Land rights are respected.

As SCOTUS recently noted, Treaties are laws, & even ones made to Native Americans will be enforced until Congress says otherwise, with appropriate legislation.

You're back with the usual semicoherent rant. The funny part this time is that you actually prove the point of the controversy. ;)

Once again, useless and destructive fearmongering.

If you had functional brain cells, you'd know that CNN and Fox ratings are both in the toilet.

And you just never get any better at it, which is also sort of funny. ;)

Poor Tucker. He needs to get a life in the worst way.