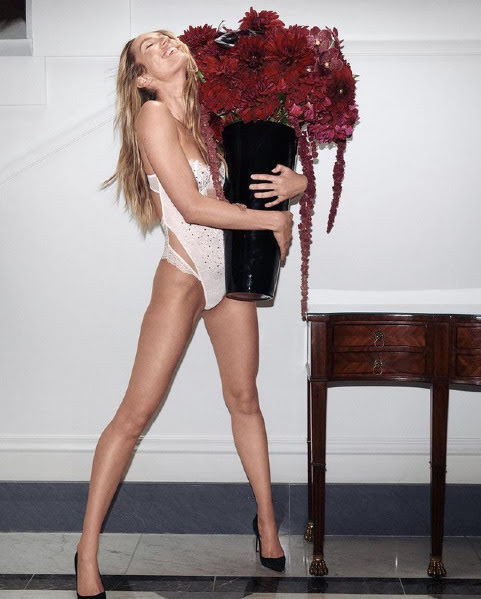 To start #TBT we celebrate classic Candice and her enduring body of work along with a peek at more pop culture, community news and top headlines.

Credit or blame where it’s due . . . Prez Trump’s last second tweeting for bigger checks sparked division and a GOP NO VOTE.

Accordingly, we take a peek at these headlines in the shadow of a drastically worsening American economy on the low-end . . .

KANSAS CITY, Mo. - While many people are eager for another stimulus payment from the federal government, local small business and restaurant owners in particular are hoping they can end a tough year with hope. Restaurants are some of the businesses hit hardest by the pandemic, and many are hoping to get help with the [...]

KANSAS CITY, Mo. - During a time when it can seem hard to find the good, one Kansas City man is choosing to be the change and help kids in the system. Shamarr Fonville began volunteering with Court Appointed Special Advocate (CASA) services about six months ago.

As Kansas City International Airport's new terminal rounds the bend into 2021, city officials earlier this month announced more specifically when the $1.5 billion project is set to take off, with an opening planned March 3, 2023.

Celebs on Christmas vacation despite the pandemic.

House Speaker Nancy Pelosi, D-Calif., said Thursday that House Democrats would vote Monday on a standalone bill that would provide direct payments to Americans of $2,000 per person. Her announcement came moments after House Republicans blocked a Democratic bid to increase the payments from the $600 per individual as passed in the stimulus bill earlier this week to the $2,000 amount.

Pentagon and Washington-area military leaders are on red alert, wary of what President Donald Trump might do in his remaining days in office. Though far-fetched, ranking officers have discussed what they would do if the president declared martial law.

In his first television interview since being pardoned by President Trump, longtime Republican consultant Roger Stone sounded off on being absolved and praised the president as the greatest since Abraham Lincoln. "I have an enormous debt of gratitude to God Almighty for giving the president the strength and the courage to recognize that my prosecution was a completely politically-motivated witch hunt," Stone told " Tucker Carlson Tonight."

Kirk Cameron has slammed 'mask gestapo' for criticizing his maskless protests The 50-year-old appeared in an interview on Wednesday and claimed that he has been affectionately dubbed 'the unmasked singer' for his caroling events He has been blasted as a 'growing pain' on Twitter for holding two maskless Christmas carol protests in California within the last week In response to the critics, Cameron said Wednesday: 'I'm not the mask police' 'This is America.

Sam Asghari recently tested positive for COVID-19, but said he didn't expose girlfriend Britney Spears. In a new Instagram post, the fitness trainer said that as soon as he received the news, he began a solo quarantine.

It started out as a tiny food pantry to help neighbors get by through the COVID-19 pandemic but it's grown to something way more than just a little box this holiday season."(I) have received more than anyone could have ever asked for," said a mother of two.

KANSAS CITY, Mo. - The COVID-19 pandemic has many struggling to pay their bills, but two programs are helping people heat their homes this winter. Evergy is reminding customers of resources to pay their utility bills such as LIHEAP and LIEAP. In Missouri, applications are currently being accepted for the Low-Income Home Energy Assistance Program (LIHEAP).

Cold, blustery for your Christmas Eve

Hide Transcript Show Transcript GOING TO IMPROVE, BUT IT WON'T IMPROVE MUCH. THE TEMPERATURE MAY GO UP TO 28 BUT THE WINDS STAY STRONG. TONIGHT, THE CLEAR SKY WE WILL BE TRACKING SANTA FOR YOU. YOU MAY WANT TO GO OUTSIDE AND LOOK TO THE SKY.

Santa Baby - Eartha Kitt is the #TBT song of the day and this is the OPEN THREAD for right now.

Honest question for our Conservative friends:

Do you go with Prez Trump for more stimulus or stand with Republicans?

I'm not really a conservative or a progressive. I'm a blogger so I can't help my cynicism about EVERYTHING. Would honestly like to know what the true believers think.

I’m with the 2000.00 but get rid rid of the foreign aid and all the bullshit that’s in the bill that has nothing to do with helping Americans I’d rather see the bill die than pass it with money to Pakistan et all

Democrats should not have started with the low ball 600.

Open shit back up and a stimulus won't be necessary. Even two grand ain't shit if you are behind on bills due to excessive government overreach and Stalin wannabes that have face diaper fixations. All this proves is that we are going to get the same old shit out of the career politicians in DC and the wannabes at the local level.

I am thankful this Christmas Season for :

Katie Horner being back!

That we have the Chiefs

For peace and quiet!

The long and the short of the deal is that politicians don't want to let you have any more of your money than they absolutely are forced to. Money to them is power and they will not give any of that up willingly. They'd rather redistribute it for pork barrel bullshit.

And who said Herbert Hoover was dead?

"Open shit back up and a stimulus won't be necessary. Even two grand ain't shit if you are behind on bills due to excessive government overreach and Stalin wannabes that have face diaper fixations. All this proves is that we are going to get the same old shit out of the career politicians in DC and the wannabes at the local level."

Open shit back up and a stimulus won't be necessary. Even two grand ain't shit if you are dead.

11:34 Unknown is a good handle because basic economic theory is completely unknown to you. I would suggest that you do a crash course in Econ. 101 to try to get a basic understanding of the principles before commenting on a subject you don't understand.

All they had to do this whole time was give every American $2000 and nothing else, but stupidity and greed for family and friends little pork projects and stupid shit always gets in the way.

And President Trump played all the idiot politicians for the fools they are by making them work through Christmas! I freakin love it! Lmao!

Gov is not Giving you anything! ITS ALREADY YOUR MONEY THEY TOOK IT and MIGHT Give some back. Fuck all tax payer funded GENDER STUDIES. FUCK PAKISTAN and FUCK islam that means OBAMA to right in his homosexual ass 911 ass. YOUR MONEY IS BEING USED TO BUILD MOSQUES. sep church and state you only applies to Christians you liberal useful idiots. EO 2021 or CW2021!!

I'm for raising the stimulus. I'm for taking out all non-COVID related items.
In any event, I don't expect that individuals (or couples) will receive any additional stimulus payments until after the first of the year, due to fed tax implications.

You're just a bit confused there Pardner -
Democrats started with $1,200, passed way back in May! It's you Republicans who have been shitting on the American people's suffering for SEVEN MONTHS, while you loaded up the Relief Bill with sugar for all your wealthy owners.

But, that's what the GOP does, screw the People and enrich the Rich.
McConnell deliberately stalled the Relief Bill until just before the Election, trying to steal credit for it, and now Trump is screwing with it just to punish everyone for "betraying" him.

stimulus money should only go to those who pay taxes to begin with. It's their money not the government's! The leeches should look for work.

Thanks, MAGATS. Another big FUCK YOU to working class Americans. More tax breaks for the rich now? May you all rot in Hell, fascists.

Trump spent $151M over 4 years playing golf on the taxpayer dime and not one fucking prop from the MAGATS. Not one. Cockroaches!

11:32 and 11:40 make good points but the economy is already trashed by way of the Chinese Bio-Hazard flu and the Democrat lock downs. The spending horse has left the barn and the American economy is a giant sucking chest wound.

The Republicans are almost as guilty as the Democrats for where we are now in this economy. Fuck all that foreign aid - which, will, like the money to Ukraine, be returned to Republican and Democrat politicians when they run for office, IF they promise, in turn, MORE FOREIGN AID.

Trump is right, send the money DIRECTLY to Americans and small business'.

Notified that she'd won the annual "TKC Blog Babe" award again, Candice vowed to stand erect, maintain the heavy load, and shoot for the best in 2021...much like TKC readers!!!

At this point, any one who still supports President Trump is a MORON.

Anyone dead or alive that voted for Biden is a mouth breathing idiot retard.

I stand with Trump. Het rid of all the bullshit spending to foreign countries. Give it to the American people first.

You got that right. Get this country opened up.

...Keep that fuckin' corn-tassled Monkey down in the Swamp in Mara-Loogie...w/ that 'beanstalk' wife Malaria....make 'em keep him....
along with: The PO'Bois
The Oatkeepers
The Xtian Militants
KEEP ON DESEASING!