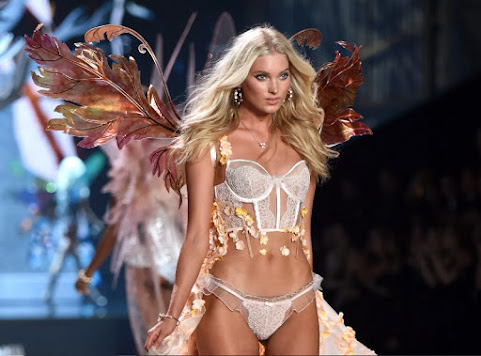 Lawsuit could delay move of archive documents to Kansas City

SEATTLE (AP) - Washington Attorney General Bob Ferguson has vowed to fight the rapid sale of the National Archives facility in Seattle in court, saying it's "outrageous" that there wasn't more public notice given about an Oct. 1 meeting where federal officials fast-tracked the process.

Chiefs vs. Broncos preview: 5 things to watch for in Week 13

121 shares One of the top storylines the last couple of weeks is the Chiefs' inability to get sacks even though they have two of their highest-paid players on the defensive line. Chris Jones and Frank Clark have a combined 9.5 sacks this season, which has disappointing as fans were expecting them to be one of the top pass-rushing duos in the league.

KANSAS CITY, Mo. - Behind every piece of memorabilia, there's a story. And Lelands Auctions has two related to Kansas City Chiefs quarterback Patrick Mahomes. "It is the earliest Mahomes signature to ever be offered in a public auction, and it was signed in 2013 when he was still in high school," said Jordan Gilroy, director of acquisitions at Lelands Auctions.

She's set to welcome her first child, a little girl, with partner Tom Daly early next year. And amid her baby joy, Elsa Hosk has opened up about her struggle with anxiety which left her 'crying all day' in a candid Q&A session on her Instagram stories on Tuesday.

A mezzanine bedroom overlooks the sun-drenched space, which was impeccably renovated by Alveary Architecture. Currently owned by Swedish supermodel Elsa Hosk, this SoHo pad occupies the second floor of a 120-year-old building and checks all the boxes when it comes to loft living: 16-foot-high ceilings, soaring windows, and exposed brick walls.

Donald Trump's personal attorney, Rudy Giuliani, has tested positive for Covid-19, the president tweeted on Sunday. Giuliani, 76 and a former mayor of New York City, has been leading the fight to overturn the president's election defeat by Joe Biden, through lawsuits in battleground states.

Analysis: Trump rants about his election grievances in Georgia, even though it make hurt his party

President Donald Trump continued his extraordinary efforts to overturn the presidential election Saturday, attempting to pressure Georgia's governor to force a special session of the legislature to change the result, while using an evening rally for two GOP Senate candidates to rant about his own grievances and thrash Republican leaders who have not done his bidding.

Conservative activist Candace Owens on Saturday called Rep. Alexandria Ocasio-Cortez, D-N.Y., a "spoiled rotten brat" for her remarks about Republicans supposedly not knowing the meaning of hard work. The self-proclaimed radical on Thursday tweeted that Republicans - who "like to make fun of" her for having been a waitress - couldn't make it through a double shift without crying.

ABC's Stephanopoulos to GOP senator on presidential race: 'Why can't you accept the results'

Not many business owners would be eager to open in a pandemic, but a new donut shop in Overland Park might have a competitive edge due to the fact it's outdoors, offering plenty of fresh air and room for social distancing.

KANSAS CITY, Mo. - Dozens of Jeeps paraded through the metro to bring holiday cheer and raise money for those in need pm Saturday. Geof Hooper owns Hooper's Overland Adventures where he teaches Jeep owners how to safely enjoy off-road adventures. He wanted to bring some Christmas cheer, and COVID-19 guidelines forced him to get [...]


Warm Up This Week

50s on way for Monday

Hide Transcript Show Transcript KNOW FIRST, THIS IS FIRST ALERT WEATHER. NEVILLE: WE HAD THAT SUNSHINE TODAY, TEMPERATURES IN THE 40'S AND EVEN A FEW 50'S AND NOW WE HAVE A NICE EVENING FOR OUR CHIEFS GETTING READY FOR KICKOFF AND ABOUT TWO HOURS.

Pretty sure Trump gave it to him.

And yet AOC is absolutely right. GOP can't do real work and can't stand the truth. Weird.

6:33: I'm not sure if Rudy could catch it from having his head up Trump's ass, but I guess it's possible.

After watching Trump's unhinged rally speech in Georgia, I really believe he is suffering from a Situational Delusional Disorder (which often does co-occur with the Narcissistic Personality Disorder).

I love who they get worked up about AOC.

She has a massive social media following, & a national voice, & they can't stand it.

^^ Spend some more time with your grandmother for a little perspective on life. I'm sure she's very proud of you.

AOC talks much does little. And she hangs out with the uncharged criminal Ilhan Omar.

I'm surprised by the Rudy illness, I didn't think a virus would go that low.