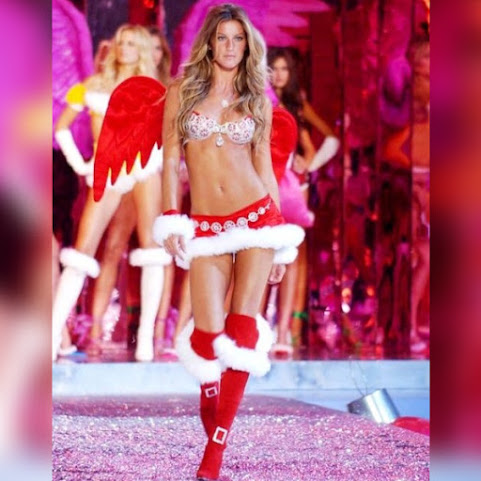 The hottie legacy of former angel Gisele endures and earns BILLION DOLLAR digs during an American housing crisis. And this fact of life inspires our Sunday peek at pop culture, community news, and top headlines.

A long vacant spot in the Westport area is quietly turning into a wellness destination. That's the plan for owner and operator GiGi Jones, AKA GiGi the Vegan, at least. Her personal dietary and lifestyle changes literally saved her life a few years ago, and she wants GiGi's Vegan + Wellness Café to be a destination where like-minded individuals can come together to achieve similar results.

Johnson County, KS emergency crews saved a deer from a frozen lake in Edgerton, KS. They hope that, even though there were no injuries this time, it is a reminder for landowners to be extra cautious when near frozen water

There seems to be a bit of a land rush starting up on Miami's "Billionaire's Bunker," after Tom Brady and Gisele Bündchen reportedly f ollowed in Jared Kushner and Ivanka Trump's footsteps and bought their own multi-million-dollar mansion on the elite, high-security island.

With an automated voice warning people of a bomb, Nashville police got residents away from an area where an RV eventually exploded. Only three people were hurt.

The United States reached a grim milestone as at least 1 in 1,000 Americans have died of Covid-19. Here are some of the numbers and how quickly we arrived.

Jennifer Aniston shared an Instagram story on Friday showing a Christmas ornament that's engraved in a script font with the message: "Our first pandemic 2020." The "Friends" star didn't specify whether or not the ornament is her own, but her fans and social-media followers seem to be assuming it is.

$8 billion was spent on political ads during 2020. The election proved that money was mostly wasted.

The 2020 election shows the value of traditional TV advertising is declining. Despite spending more on political ads than any election prior, neither the Democrats nor Republicans had much to show for it. Public content faces fiercer competition for audience attention than ever before. In 2016, Trump earned almost $6 billion in free media coverage.

A man wearing a Santa Claus beard and hat and President Donald Trump mask shot his brother-in-law twice in California on Saturday, authorities said. The victim was hospitalized with serious but non-life-threatening injuries following the morning attack in Rohnert Park, California, the Rohnert Park Department of Public Safety said in a statement.

The city of Pompeii was buried in a devastating volcanic eruption in 79 AD, but archaeologists are still uncovering extraordinary structures in the region. On Saturday, they unveiled their latest discovery - an extremely well preserved ancient "snack bar."

Source: Chiefs' Hill to play but will be monitored

Kansas City Chiefs wide receiver Tyreek Hill is expected to play Sunday against the Atlanta Falcons despite a hamstring injury, a source told ESPN's Adam Schefter. The Chiefs will monitor Hill, the source said, adding that they will be smart with him during the game.

Vaccines will be given in nursing homes soon. Does that mean family visits will follow?

COVID-19 poses such dire risks to older people in nursing homes that even vaccines won't guarantee a quick end to their pandemic isolation. Tens of thousands of workers and residents at Kansas long-term care facilities will get vaccinated over the next three months.

Beautiful weather this afternoon as temperatures soar into the 50s. Its uncharacteristic for this time of year as typically we'd be in the upper 30s. A cold front moves in tomorrow from the northwest. I'm not expecting rain but the temperatures should only top out in the upper 40s, making for great football weather for the Chiefs game at Arrowhead.

ZZ Top “Jesus Just Left Chicago” is the song of the day and this is the OPEN THREAD for right now.

Walking tall is easy with a few million dollars.

If a man wearing Trump mask, Santa Claus hat shot his brother-in-law, as police said, he must have had a good reason...

Meanwhile, Charlie Horse over looks the 100 shooting happened with grown men in fake rope hair. Pee in my taco.

"The United States reached a grim milestone as at least 1 in 1,000 Americans have died of Covid-19."
This is a BLATANT LIE from CNN. CNN is the WORST perpetrator of propaganda "news" upon the public, and is a tool of the intelligence agencies seeking to manipulate public opinion and behavior.

Do you ever notice on local television "news" that the staff in the studio don't wear masks, but all the field reporters standing alone outside, by themselves, always have a mask on? Local TV gets an "F" for coronavirus reporting truth.

Do you ever wonder why professional athletes are apparently immune from coronavirus infection? I mean the Chiefs are still playing all their games, without masks, in obvious close proximity to other players, in a stadium of thousands of fans who remove their masks to eat/drink. And the same people who have destroyed thousands of businesses in the name of public safety precautions are totally cool with the Chiefs not following the rules. That's a big tip-off that this "pandemic" is largely a scam, and Lucas, Archer, Kelly, Norman, etc., are playing a game.

First-responders saving a deer from an icy lake is like people picking up their dog's poop, when there are homeless and hungry humans going without.

They will shoot Hill full of drugs, he will play then go home and beat the crap out of the ole lady and the kid.

^^Or go home and fuck your wife.