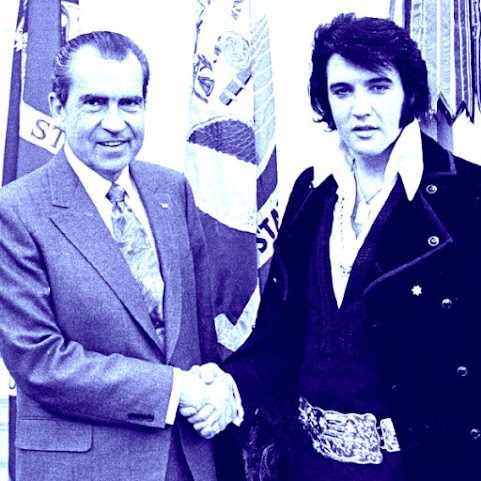 For tonight we share a postscript on Christmas 2020 as we look ahead to the "dark days" of Winter and beyond.

Analysis from a TOP ECHELON KANSAS CITY INSIDER on the cultural zeitgeist . . .

Faith leaders once decried crass American commercialism during the Christmas season because they feared the love of money would overtake religious traditions. That fear proved correct as most Americans idolized needful things and mostly abandoned the religious overtones of Christmas. Black Friday madness and the economics of the holiday season prove this fact of life correct.

However, the pandemic and the economic devastation it has wrought has now destroyed most of the X-mas commercial fun and gift card exchanges via e-mail don't really offer the same "warm fuzzies" as enjoying the envy of strangers & friends with the latest gifts & gadgets exchanged for the holidays.

And so what are we left with???

Politics, culture war and rage pr0n provocations of MSM & social media now dominate the American psyche and consume the nation for Christmas and all year round.

American anger bubbling over is the gift that keeps on giving . . . Mostly to those who control or dominate the conversation.

And so, the pandemic offers us perspective on the discourse as we notice "many sides" celebrating nothing more or less than the will to power over political opposition. The talking points and crusades evolve but conflict is constant and serves as a welcomed distraction in hopes that no one ever realizes that there's very little real difference betwixt different sides of the same coin. The punchline is that the term "culture war" implies a conflict where there is none — It's all simply the same face off betwixt the haves and have-nots that humanity has endured since ancient monkeys touched a space monolith, gained an intellect and started trying to viciously outsmart one another.

And all of THAT inspires our blues for tonight in solidarity and sympathy for so many Americans struggling with depression and mental health issues amid this holiday season.

As always, thanks for reading and Merry Christmas.

not inspiring but kind of fun.

You watch too many movies.

I believe in Rockabilly. It's the only truly American art form.

As long as MAGATS plot and attack elected officials, medical professionals, police officers, and working class citizens ... the violence will continue. Law Enforcement needs to bring the hammer DOWN on the traitorous criminals. LOCK THEM UP!

"American anger bubbling over is the gift that keeps on giving . . . Mostly to those who control or dominate the conversation."

Look in the mirror much?

The violence in 2020 was democrat planned in 2021 the right will not be restrained after the fraud of the 2020 election. With no jobs their will be many available to protest failure Beijing Biden.

You have it reversed...it is the left doing the attacking. But you know that.

The left excused violence. Now they will reap what they sowed.

Left...right all you crackers are crazy

Time to round up all MAGATs and send them back to Russia. Enough is enough.

Dementia joe is sending you people to CHYNA! HAHAHAHAHA!

Beijing Biden should be impeached on day one.

I wonder how stupid the dimwit followers will feel when China joe goes to prison, #46 will be his prisoner number. It’s truly astounding how they have no idea the ties China joe and obummer have, them dumb asses actually were funding the the place where the Chinese red death virus was created. How stupid do you have to be to ignore that?

With the ascension of Biden, sanity & civility will return to the national discourse. Despite the fear mongering & hyperbole of the extreme right, Biden is a pragmatic moderate devoid of ideological zeal, nor is he some kind of Manchurian Candidate.

I am optimistic for the long term future. Biden is making a commitment to address our aging infrastructure, which will create jobs & economic activity. He will see that all Americans have access to health care & affordable housing.

In the short, Trump has shown the country what not to be quite dramatically. He makes a show of demanding more for Americans, thus assuring we get nothing, nor is his vetoing of the defense bill in any way defensible. He is giving the finger to America, & will continue to do so, until Pence & the Cabinet intervene. Even though for the first time in history it is being openly discussed, Pence lacks the courage to act.

But, era of Trump Chaos is over. We are done with him!

Republican Congress shouts a big FUCK YOU to working class citizens by blocking the $2k relief checks as demanded by Trump.

The Democraps want to fund all kinds of crazy sh*t for other countries, such as gender studies in Pakistan. Billions of dollars of American taxpayer money being wasted on other countries while Americans are having a tough time making ends meet. The Democraps have become the most politically corrupt political party in American history. They believe the end justifies any means, so they lie, cheat and falsely accuse and prosecute to achieve their goals. And I say this as somewhere who voted for Obama.

It’s truly amazing and sad to see how utterly stupid, uninformed and uneducated the demoncrap followers are, they believe anything they’re told by their puppet masters. Violence and murder is their favorite thing to do because..... psychopaths is what they are.

The Republican party is now firmly the Trump Death Cult.

Except for fetuses, because of course every time a drunken fool busts inside a skank that's part of God's divine plan.

The election was stolen. P.E.R.I.O.D.

More and more people, of ALL political persuasions are aware of this and it will only get worse. The gas lighting, the lies, the obfuscation will not help. The truth will out. Biden and the criminals who voted for this criminal will be exposed.

The election was not close, Trump won by millions, he won the popular vote and the ongoing Monty Python skit where people deny the facts and think everyone will just move on because they raise their voice, is over.

Yep, dims, the shoe is on the other foot. We now have four years to scream at Bidet and his socialist administration. The China connection. He ain't my president, that's for sure. Neither will the skank be, when she shoves him out. Unity now??? Fuck you!! Now it's our turn...................

You seem to be forgetting how badly the Rethuglicans stonewalled Obama. That is how it's done. Too bad you'll just lose more elections doing it.

^^^ you seem to forget that’s all the dimwits do is fuck other people over every day every year, you’re just too stupid and petty to understand that so....

Instead of just crying on a blog about how pathetic you are and the never ending cycle of failure you created for yourself, why don’t you do what you always do when you’re sad that you suck at life, why don’t you just go out and do the only thing you’re good at and loot, burn kill and rape.

It’s who you people are amirite!