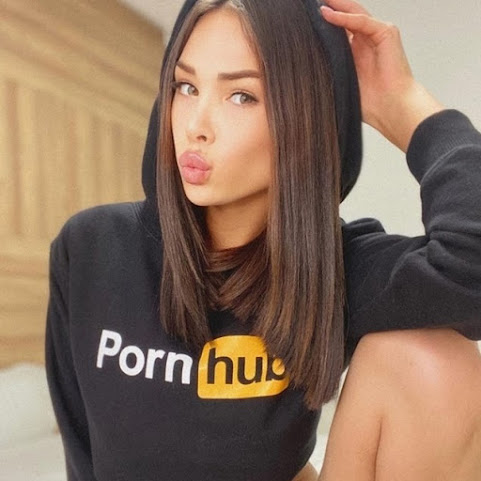 Waddell & Reed to sell for $1.7B, raising questions about future of $140M office tower

KANSAS CITY, Mo. - The University of Kansas Health System is making a change to their visitor policy. Starting Monday, December 7, in-person appointments are for patients only. This will allow for appropriate physical distancing and to prevent the spread of COVID-19.

A Kansas City Public Schools teacher is being awarded rent-free living in a downtown luxury apartment.

CORONAVIRUS became the number one killer in the US this week - overtaking heart disease for the first time - as a record 2,879 people died from the virus in a single day on Thursday. The harrowing death toll comes as 30million in California are heading into lockdown as the state faces dwindling ICU bed capacities.

With the Republican majority on the line in Georgia's Senate runoffs, President Trump returns to the campaign trail Saturday for the first time since last month's presidential election.

A federal judge on Friday ordered the Trump administration to fully restore an Obama-era initiative that protects undocumented immigrants brought to the U.S. as children from deportation, requiring officials to open the program to new applicants for the first time since 2017. Judge Nicholas Garaufis of the U.S.

A more combative Ivanka Trump has emerged with little more than one month left in her role as adviser to President Donald Trump, as the first daughter makes a conscious effort to publicly push back on her critics.

SHAKIRA sizzled as she flashed her legs in high waisted lingerie and braces for an Eighties-inspired music video. The popstar was joined by the Black Eyed Peas for the scenes accompanying track Girl Like Me, which oozed Jane Fonda fitness video vibes.

Germinator Mobile Sanitizing and Disinfecting, a disinfection, sanitizing, and deodorization provider announced its newest location in Kansas City. It'll be in Lee's Summit native Steve Kurtz's hands. A mechanical engineering graduate of Missouri S&T, Kurtz spent the early part of his career in manufacturing management in the carpet industry before purchasing two HVAC companies and starting a One Hour Heating & Air Conditioning franchise in 2008.

INDEPENDENCE, Mo. - Metropolitan Community College broke ground Wednesday on a $10.2 million new facility in Independence. The 25,000-square-foot building will be east of the Blue River campus on Missouri 78 and house a commercial driver's license, utility lineman and forklift and warehousing programs, The Examiner reports.

Lots of sun for Saturday, temperatures stretch to reach 50

Hide Transcript Show Transcript IT IS NOT A BAD TIME FOR ALL OF THOSE OUTDOOR EVENTS. PETE: IT WAS PERFECT TIMING. THE WEATHER WILL BE LIKE THIS FOR THE NEXT SEVERAL DAYS, CLEAR, QUIET, DRIVE-THRU WEDNESDAY. ABOVE NORMAL TEMPERATURES THROUGH THAT POINT. THEN BIGGER CHANGES OCCUR STARTING ON THURSDAY OF NEXT WEEK.

Black Eyed Peas, Shakira - LIKE ME is the song of the day and this is the OPEN THREAD for right now. Keep going for more local links . . .

As the COVID-19 vaccines roll out later this month to area hospitals, nursing homes and senior living facilities are also in the first phase to receive the vaccinations as they are in the high-risk category. The preparations are already underway for McCrite Plaza at Briarcliff.

A federal judge has dismissed a lawsuit by a family-owned Lenexa business seeking to recover coronavirus-related financial losses from its insurance company. U.S. District Judge Julie Robinson ruled that Sportsman Cap & Bag's "all-risk" policy covering direct losses to its property only covers "material changes" or "intrusions" onto the property that render it unusable.

GARDNER, KS (KCTV) -- Gardner's police chief shared the story of his battle with COVID-19 on the city's official news service this week, calling it "a grueling 10 to 12 days" and saying it felt "worse than anything I've ever experienced with the flu."

KANSAS CITY, MO (KCTV) -- Derrick Johnson turned heads in Kansas City as a ferocious pass-rusher for 13 years, but it's his performance in the classroom that led the Chiefs to say "congrats" on Saturday. Johnson has now graduated from the University of Texas with an education degree in applied learning development, "finishing what I started back in 2001," Johnson tweeted.

On this week's episode of the Northeast Newscast we're exploring rock climbing, a unique sport that provides a workout for both the body and mind. Jonathan Van Volkenburgh, General Manager of RoKC, an indoor climbing gym in North Kansas City, shares the advantages of both indoor and outdoor climbing, the risks the sport poses, the extra care the facility is taking during COVID-19, and the health benefits of finding creative ways to stay active.

On Sunday night, the Kansas City Chiefs host the Denver Broncos in an AFC West matchup with a recent history of being completely lopsided in K.C.'s direction. There's no reason to believe the advantages won't favor the Chiefs once again in Week 13.

Sporting Kansas City: We had "unbelievable" chances, and then Minnesota United stormed us

If it weren't for some stellar play from Minnesota United FC goalkeeper Dayne St. Clair and a goal-line clearance from Michael Boxall, Sporting Kansas City could very well have ended Thursday night by marching into the Western Conference Final against the Seattle Sounders. They would've hosted

The year was 2013. The Kansas City Chiefs were coming off their worst season in franchise history and had the first pick in the NFL Draft. It was the first draft for new head coach Andy Reid in Kansas City. Unfortunately, this just so happened to be one of the worst years to draft a quarterback in modern NFL history.

FOR THIS HERFORD STARTS IN AN UNLIKELY PLACE. I THINK IT WAS RIGHT HERE. HALEY: HOOFING IT THROUGH A CONCRETE JUNGLE. IT IS NOT WHERE YOU WOULD EXPECT TO FIND A COW. AND THAT'S NO BULL. IT IS NOT THEIR NATURAL HABITAT.

Whether it's missing family members or longing for annual holiday traditions, mental health experts say there are steps you can take to beat the holiday blues. Here's a look at the things Kansas City residents tell us they will miss the most, and advice from a licensed clinical social worker.

"A Christmas Carol" has been dramatized for film and television repeatedly, and stage versions began popping up almost as soon as Charles Dickens' novella hit book stores in 1843. In Kansas City, family audiences have turned out to see Kansas City Repertory Theatre's annual stage production for some 40 years.

Thanks, MAGAts, for continuing to forego masks and infect everyone else. Selfish cockroaches. This pandemic and 260k+ death count is your fault. My God show you little mercy on Judgment Day.

There is no pandemic. Those 2789 dead people are all dead crisis actors in what must be by far the biggest conspiracy in the entire history of conspiracies. The only evidence for the pandemic is so small that it can't even be seen??? Bullshit!!!
And that's why the only evidence of the conspiracy also can't be seen: my brain.

crisis actors and the people that hire them can eat shit.

crisis actors and their handlers that build their skits on dinosaur impersonators are weak bitch chumps controlled by my 4 year old nephew.