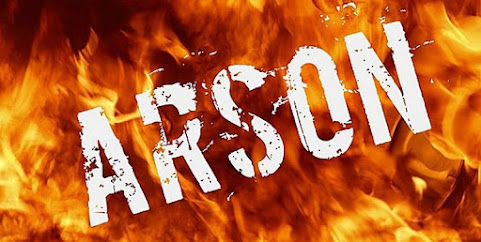 Kansas City garners its first glimpse at the upcoming season of cold weather desperation as local hobos often use so many empty houses for kindling.

Police said officers from the East Patrol division and KCFD firefighters were dispatched to several locations late Monday night where fires had been intentionally set.

Most of the locations involved were vacant homes, however, one location was behind a T-Mobile store, police said.

The suspect in the arsons was located at one of the fire scenes and taken into custody. Police said that individual was then taken to an area hospital for an evaluation and medical treatment.

Unfortunately the firefighters were unable to put out the flames because they were all white males in a mostly non-white neighborhood.

Too bad he didn't fry himself during setting one of the fires.

White or black? Place your bets.

Has anyone heard from chuck lately?!? Do we know if he has a lawyer yet?

Yes he does and his lawsuit against you will be filed any day now. Merry Christmas Loser!

BZZZT! Wrong answer Millie! Would you like to go for the daily double where the scores can really change? 😏🍿


So where's the fabulous and brilliant tent city project Lucas was so keen on???? You know tent cities shouldn't be hard or take very long to build, so where is it? Quinton Lucas where is it?

i learned my lesson about playing with matches when i was a second grader. got caught by dad and had to write "i will not play with matches" 5000 times.

back then i could barely count to 100 let alone fathom what 5000 was about.

got about three to four hundred of them done over a few weeks period when i decided to let dad see me writing the sentences using two pencils at the same time. he said not bad, go play.

Well, there is no mugshot...