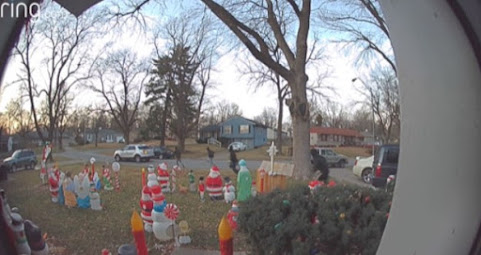 Whilst our community of d-bags argues about property values, police are searching for a gang of combatants who shot up the South side on Sunday and reported FIRST on TKC.

"Kansas City, Missouri, police identified the city’s 171st homicide victim in 2020. He was found shot to death around 5 p.m. in a vehicle at the scene. KCPD also released a photo of an SUV, which police said appears to be a tan or silver Ford Explorer from the 2010s model year. Investigators are interested in locating the vehicle and speaking with its occupants." 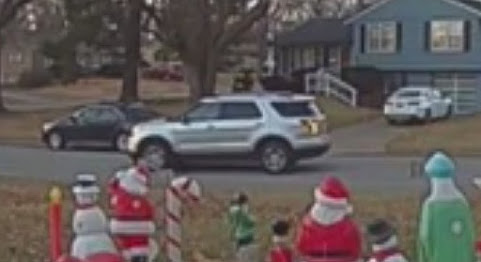 "Everybody’s just a little shook up and confused. Because it’s just not normal behavior for this neighborhood," the homeowner said.

Meanwhile, one of the MOST KICK-ASS TKC TIPSTERS notes a not-so-fun fact about property crime and sacrilege from the scene of this tragedy . . .

"Pre-Christmas miracle: The home owners whose front lawn served as the stage for this gun battle reported the theft of baby Jesus from their expansive Nativity just a few days ago, sparing Our Lord from the traumatic experience." 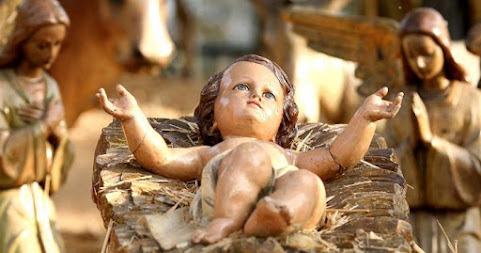 LOL. Glad you're trying to search for good news.

Can the lord save this city is the real question

“Dear Lord Baby Jesus, or as our brothers to the south call you, Jesús, we thank you so much for this bountiful harvest of Domino’s, KFC, and the always delicious Taco Bell. I just want to take time to say thank you for my family, my two beautiful, beautiful, handsome, striking sons, Walker and Texas Ranger, or T.R. as we call him, and of course, my red-hot smoking wife, Carly who is a stone-cold fox.” Ricky Bobby

“Dear Lord baby Jesus, lyin’ there in your ghost manger, just lookin’ at your Baby Einstein developmental videos, learnin’ ’bout shapes and colors. I would like to thank you for bringin’ me and my mama together, and also that my kids no longer sound like retarded gang-bangers.” — Ricky Bobby

“I like to picture my Jesus in a tuxedo T-shirt. ‘Cause it says like, I wanna be formal but I’m here to party too. I like to party, so I like my Jesus to party.” — Cal Naughton, Jr.

“I like to think of Jesus as an Ice Dancer, dressed in an all-white jumpsuit, and doing an interpretive dance of my life.” — Cal Naughton, Jr.

Me, I like to think of Baby Jesus laying in the manger in a MAGA Hat, smiling while thinking of the "Donald" as he is inaugurated on Jan. 20th 2021. chuck

Clearly the mayor and clowncil are incapable of saving us.

Very typical for some Black guy to have a White baby Jesus in his front yard.

Dang, T! Why do we have to be d-bags. That was a legitimate discussion about property values and the condition of the neighborhood. Likely, somebody you knew lived in this area and they were trying to defend their shitty existence and neighborhood. Well, it’s a piece of shit community but folks don’t know that until they’ve seen neighborhoods that are much less shitty. Blacks are in to the latest it thing... except when it comes to housing. They think their 1950’s style house is the bees knees and it hasn’t been for a very long time.

And another point of contention... the comment was that this neighborhood had nice cars in the driveway/garage. Police beg to differ citing “ KCPD also released a photo of an SUV, which police said appears to be a tan or silver Ford Explorer from the 2010s model year.” Are we calling decade-old Ford Explorers nice cars? From the videos, most of those cars were at least a decade old too. Nobody wants to drive a Charger. I didn’t see 1 nice car in the video. That comment guy has really low expectations.

Aren't you a fucking prince?

Is the KANSAS CITY ATHEIST COALITION involved? Asking for a friend.

Urban scholars on their way to class - just excited Kamala is canceling their school loans.

These are KC scholars at their finest