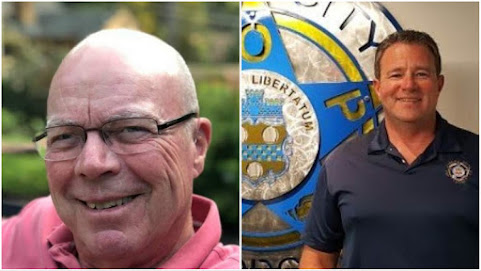 In a mostly ignored blog post, a former Kansas City newsman shares his perspective on a recent police controversy.

For those who already forgot about the deets of the tow truck tough talk kerfuffle . . . A local TV station has the best roundup of the hot mess . . .

He writes: "The audio demonstrates an astounding abuse of power by a police officer in dealing with a citizen."

It gets worse, his conclusion is tough but still important because represents what a lot of locals might think of this controversy.

"There’s your police union president, Kansas City. One of two people who run a department that has more than 1,300 sworn officers.

"What a disgrace to the badge."

Fitz represents the liberal crowd. I won't deny that there are a lot of them in KC and Brookside.

It’s funny when I listened to the conversation I didn’t hear anything that anybody else wouldn’t have said, Petersucker is blowing this whole thing out of proportion because she’s a stupid bitch that hates cops. Nobody respects her for her stupid animal tricks, she’s like the boy who cried wolf and soon nobody will listen to her anymore. Why doesn’t she just wait until the police dept actually screws up then go after them, these personal attacks over perfectly legit police actions are hurting everybody else.

Why doesn’t she just stick to her own job and start prosecuting murderers instead.

Bloodworth is referred to as a "citizen?" He's been the subject of numerous news stories calling for his arrest. The police did their job and now Mean Jean is just using the situation to slap down the PD. Lemon was talking police officer to criminal here. There's nothing wrong with letting the bad guys know where they stand.

Bloodworth, and frankly all other tow lot Owner's and operators are pieces of shit. No ifs ands or butts; no exception.

How would this putz former news guy know anything about wearing a badge? Did he ever stand on the wall? Because when I did I don't remember seeing him up there. He sits in the cheap seats and condemns those who have the courage to be on the playing field in the arena. What a coward.

Peter’s baker finds another reason not to do her job and prosecute people and you wonder way the crime rate is high. She’s trash and so is the tow company,

Spamming crap blogs won't help Brad. You're actually doing him a disservice. Let the KCPD investigation do its job.

Let us not forget that a previous city council woman bullied someone that was going to tow her car, a then ran for statewide office. People with power make rules for everyone except themselves. How many democrats do not pay attention to the lockdown rules.

Fitzpatrick you are a disgrace to journalism..

Who is this hack and who gives two flips what he has to say? If I read this correctly he is a FORMER newsman and I'm sure no one cared what he had to say way back when, much less now. He's an idiot and what he doesn't know about law enforcement, standing the line during a riot, or serving and protecting would fill the Grand Canyon. Just crawl back into your hidey hole Fitzpatrick and shut the hell up.

I guess . . . in modern journalism circles . . . that makes him an expert authority

And yet if Jean dropped her panties you'd be the first dog on the floor sniffing them. Weird huh??

She wears boxers not briefs.

The problem with this story is that there are no sympathetic characters. All three are reprehensible.

Tony, are you taking the job? This is great! This city needs a center-right paper, I would be satisfied with one that just reported news without framing the news. Remember KC Jones? The owner/editor died, lamented. Good luck, anyhow!

Fitz’s old employer just apologized for an entire past.
Ex employees try to remain relevant with blogs.
Because if cancel culture these people need to move to a deserted island with each other.
And never blog or write again.
The paper says a racist past.
Cancel culture says they need to erase or change their name and just move.
Maybe they can find relevance as a Walmart greeter in Russia or China.

I went to QT the other day and saw a stack of unbought KC Star papers apologizing for being racist... or so it looked .

Didn’t that moron work at the paper?

Was the publisher dude apologizing for him also?

I didn’t read it but I hope they fold the rag if it was racist.

Time to take back past salaries, pensions etc from the journalists and pay reparations.

May the publisher sell all of his earthly belongings and make the first payment... if he is sincere.

As much as I personally detest the tow guy, Lemon was completely out of line. Buh bye Lemon, and it's warranted. Bloodworth just got a lucky break, compliments of Ldmon. Ding ding ding!!

Check out CaseNet however. Am I misreading, or is felon Bloodworth facing further felony charges? Taxes?

What's the point of being a policeman if you can't bully people, & shoot unarmed black men in "self-defense"?