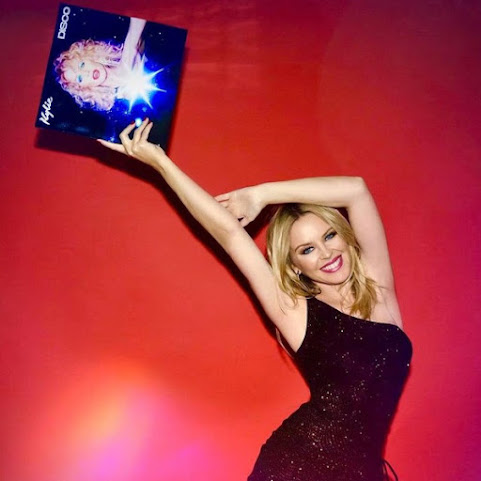 One person was taken into custody Thursday evening after a police chase ended near 101st Street and Holmes Road in Kansas City.The pursuit started near 27th Street and Van Brunt Boulevard.Kansas City police said the person was connected to an assault earlier this week.

KCVA not among locations named in VA vaccine distribution plan

INDEPENDENCE, Mo. - The family of a man who was shot and killed at his home earlier this month is offering a big reward to anyone who provides a tip in the case leading to an arrest.

She recently made history by being the only woman to achieve No. 1 albums across five different decades in the UK. And on Thursday, Kylie Minogue, 52, turned back the clock in a racy photo shoot. The Australian pop diva, who is based in London, wore a skimpy, teal-coloured velvet dressing gown that drew attention to her trim pins.

President-elect Joe Biden told civil rights leaders in a meeting this week that Democrats' embrace of the "Defund the police" movement during the election "beat the hell out of us." In Tuesday's virtual meeting, the former vice president warned them about getting "too far ahead of ourselves" by pursuing his campaign's promise on reforming the police before the Senate runoff elections in Georgia on Jan.

Hopes dwindle for Northern Lights over parts of the US tonight

Americans who can't normally view the spectacular light show known as the Northern Lights were hoping to get a rare chance to see them this week. The Space Weather Prediction Center had said the dazzling display, known as the Aurora Borealis, might be visible from unexpected parts of the nation on Thursday night, but the forecast has now been downgraded.

Opinion: Charles Koch: One thing we should all agree on

Charles Koch and Brian Hooks, from Stand Together, analyze how Joe Biden's incoming administration will have to figure out how to get past the partisan politics in Congress to pass a comprehensive and fair immigration reform.

How China has built its extensive 'honey trap' spy network

It is the stuff of a James Bond blockbuster: a young, attractive woman lures a rising political star into a romantic web, all the while collecting critical information to trickle back to her handler or big bosses back home. Axios revealed this week that more than six years ago Rep.

View this post on Instagram A post shared by The Checkdown (@thecheckdown) Your quarterback and tight end are now both rated 99 overall in Madden. Why are you...

KANSAS CITY, Mo. - A nonprofit youth program in Kansas City's historic Northeast is now making a fighting comeback. FOX4 first told you about a break-in and theft, resulting in the loss of thousands of dollars in equipment earlier this month. Now the community's generosity is helping Whatsoever Community Center fight through.

The Royals announced today they will be making several upgrades to the video displays at Kauffman Stadium, including a brand new video display on the face of the Royals Hall of Fame in left field. The improvements will also include an improved CrownVision display, and improved displays on the outfield fence.

A storm system will affect us Friday into Saturday

We did set a record high of 68 degrees today, and Thursday still looks nice A storm arrives on Friday with some rain There may be a few snowflakes on Saturday KANSAS CITY'S MOST ACCURATE FORECAST Tonight: Mostly clear and cool. Only a light breeze. Wind: Calm to E-SE 5 mph.


Gary go back to Cali you're not welcome here everyone laughs at you. You can't even talk right you talk with a mouth full of spit and it's gross not counting what's up you butt. EWWWWWWW

Why shouldn't China try "Honey Traps"?
Look how well they worked for Russia - got one of their hookers into the White House.

I like the spandex add with the China spy story