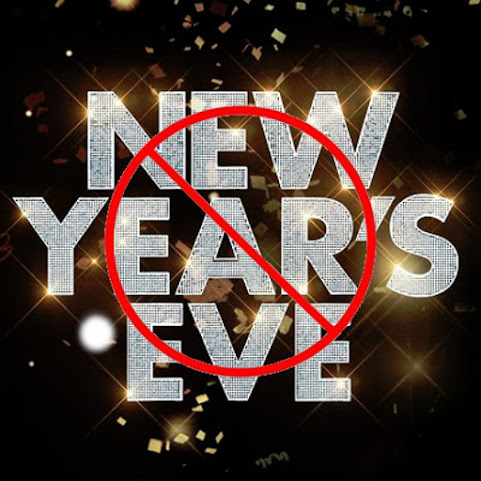 This is kind of like an anti-NYE and it was spooky watching empty streets in Times Square NYC.

Still, this blog isn't for complaining about things we could never change . . . It's far more fun to complain about stuff we could totally change but don't.

This was an okay year for the discourse even if a bunch of news outlets went bust and generally people stopped trusting the news altogether.

Still our mission to make this a useful corner of the Internets persists for as long as humanly possible.

Accordingly, we share these local news items to keep our blog community informed as the clock strikes down.

We can only hope that "next year all our troubles will be out of sight." Given our present circumstances, I am doubtful.

We All Fall Down

Fauci's remarks come as the Trump administration appears poised to miss its year-end target to vaccinate 20 million Americans. Roughly 12.4 million doses of vaccine have been delivered to the states, and about 2.7 million people have received the first of two shots, according to data from the Centers for Disease Control and Prevention.

KANSAS CITY, Mo. - Most can agree 2020 has been a year like no other we've experienced before. The pandemic has forced many changes in our lives, but four of them will likely follow us into 2021 and for years to come.

Voting is now closed. Listen to 90.9 The Bridge on New Year's Eve as we play the top 90 songs of the year as chosen by our listeners, and check back on Jan. 1 to see the full playlist. Time until results:

ATF investigators gain access to building, race against winter storm to determine cause of KC apartment fire that hospitalized 2

KANSAS CITY, MO (KCTV) -- Fire investigators from a national ATF team were able to gain entry Thursday morning to the Troost Avenue apartment building that burned up in a massive fire Monday night, as they work against the clock to figure out what caused the blaze that injured two people.

KANSAS CITY, Mo. - Thick ice with wind and heavy snow could spell trouble with the potential for major power outages across the metro. Efforts are underway to keep lights on and restore power if we lose it during this storm.

Winter Storm Watch on Friday A mixture of freezing rain, sleet, and snow are in the forecast Snow accumulations could be more than 3" in a few spots KANSAS CITY'S MOST ACCURATE FORECAST Tonight: Clear and cold with dry weather continuing. Low: 16° Thursday (New Year's Eve): Mostly sunny with increasing clouds later in the day.

at least you shared some good songs, buddy. Cheers!

Fun times. Another year of lockdown.

^^^ Not likely, they will not be able enforce half of their stupidity when people get even more desperate without work.

The year the they finally recall the mayor. Thank heaven.

Kansas City is stuck on stupid.

People truly believe that fictitious numbers have an impact on their life. Today is no different from yesterday. Same opportunities that exist today were there yesterday... but I get it. New Years is more of a social thing.

As long as liberals are killing liberals

KILLA CITY WILL BE LIKE EVERY OTHER LIBERAL DEM RUN CITY. A BANKRUPT CRIME RIDDEN DUMP. BYBY KILLA CITY