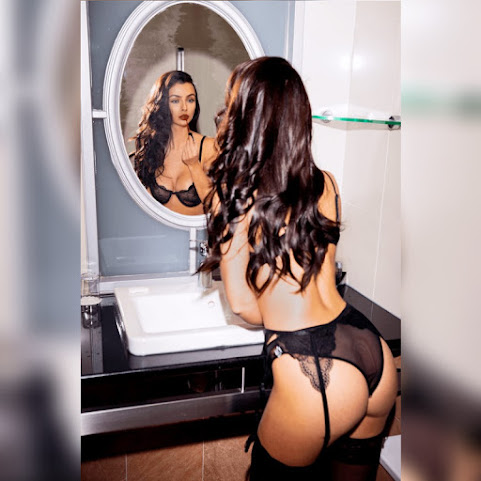 KANSAS CITY, Mo. - Despite cooler conditions, construction has continued on the new KCI terminal project, which recently reached another milestone. While the terminal won't open until , crews recently hoisted one of the final steel beams of the building that will house ticketing and security.

KANSAS CITY, Mo. - There is no cure for COVID-19. However, a post going around Facebook claims it can help you treat COVID-19 at home. Experts say this copy & paste cure is anything but accurate. Burton Kelso owns Integral Solutions and is a technology expert.

Love Island beauty Kady McDermott has sent her fans into meltdown by modelling lace lingerie from her latest collection. The 25-year-old bombshell has teamed up with Nikki Intimates to launch her own range of barely-there underwear. Kady flaunted her slender curves in a series of sultry snaps wearing suspenders, skimpy pyjamas and bodysuits.

House to vote on increasing stimulus checks to $2,000

The House of Representatives will vote on Monday on a measure to increase stimulus checks for Americans under a certain income level to $2,000 after President Trump signed a sweeping coronavirus relief bill into law Sunday evening.

President-elect Joe Biden on Monday said his team has "encountered obstruction" and "roadblocks" from political leadership at the Department of Defense and Office of Management and Budget that could undermine U.S. national security during the transition. Why it matters: Biden warned that foreign adversaries could gain advantage if his team is cut out of vital information sharing with the outgoing Trump administration.

subscribe to The NPR Politics Podcast podcast The House voted on Monday to overturn President Trump's veto of the gargantuan annual defense authorization bill. The vote, 322-87, was a highly unusual response to a highly unusual move by a president in rejecting the legislation, which sets policies and establishes other priorities every year for the military services.

I spent my professional life on the front lines of America's drug wars and rose to become one of the most prominent special agents of the federal Drug Enforcement Administration. But, in recent weeks, I have been telling former colleagues that it is time for a change in culture at the agency that regulates drugs and enforces drug laws.

Justin Bieber is feeling a little frisky. Late Sunday, the 26-year-old popstar posted a raw video of himself singing his hit song Lonely to Instagram which had wife Hailey Bieber, 24, swooning - prompting a very rude response from Justin. The model commented, 'My jaw???

There's merch now. That makes it real. // Courtesy KC WoSo Store A spot of KC's brightest sports news in 2020 has been the announcement of women's soccer returning to the metro. Between the Olympic team's success and the sport making one of the few safe returns during coronavirus, fandom has boomed and our city has long been longing for...

A number of restaurants throughout the U.S. have been taken off the menu this year, leaving communities mourning the loss of their favorite gathering spots. In its obituary for these restaurants, The New York Times highlighted 10 "treasured diners and hidden haunts that Covid-19 closed for good."

A Winter Weather Advisory has been posted for many areas around the immediate metro and northwest. This begins Tuesday morning during a time when thing may begin to get slick. Initially on Tuesday morning, I expect us to start off with some light snow or snow flurries.

Suburban Balance celebrates front-line workers with 'Lift Her Up' event

The nonprofit Suburban Balance is celebrating suburban women all year long. It recently held a virtual event called Lift Her Up, where front-line workers were celebrated."A lot of women of color don't get the recognition they deserve," said Lashawn Walker, CEO of Suburban Balance.Honoring these women for their strength and perseverance in the face of 2020 is a powerful message."You're doing a good job.

KANSAS CITY, Mo. - There's typically a big rush after Christmas to return gifts that just don't work out. Retailers are preparing for a flood in customers returning gifts. "As far as I can tell, I think everyone's doing a pretty good job of keeping up and being flexible," Stephen Rudis said.

Chiefs prepare to 'heal' ahead of playoffs; Jaguars seal number one pick in draft

The top and bottom of the NFL regular season was sealed on Sunday.

A new stimulus package approved by Congress and signed by President Donald Trump is renewing hopes for small business owners disproportionally left out of the first round of billions in loans and grants this summer.The package sets aside $12 billion in funding for minority-owned and very small businesses through paycheck protection funding with Community Development Financial Institutions and Minority Depository Institutions.

The new year will bring price hikes for some Comcast subscribers. Starting Jan. 1, 2021, the largest cable TV and internet provider in the U.S. will raise prices for certain services nationwide, Ars Technica reported.

A thin copper sticker is Matt Robb's idea.The antimicrobial surface can be placed on high-touch areas, such as pens or door handles, quickly killing bacteria and viruses.

Kansas Senate to have new committees, including ethics panel

JACKSON COUNTY, MO (KCTV) -- A mother is hoping new evidence and recent interest from the Missouri Supreme Court can help exonerate her son from a life sentence. "It's hard not to see my son at the door on Sunday morning, it's hard that I can't hug him," says Eve Moffatt.

Kansas City has a rich history dating back to the early-1800s when the city was founded. You can find a piece of history in just about every corner of the city, which could leave you wondering - what historical significance does my pocket of the city have?

The top eight things we almost forgot happened in 2020

Photo by Kelly Sikkema It's been a rather annoying year, to say the least. The after-effects of the COVID-19 pandemic have caused major isolation across the world. The 2020 U.S. Election and handling of the pandemic by the Trump administration divided the country more drastically than anytime I've seen during my life.

It is only free money if you are a mooch who doesn't pay taxes.

Good luck catching your connecting flight at the new airport if it's on the other side of the tarmack.

^^^We’ll be fine. You’ll never step foot in it, as you will be dead soon, and that’s cool!

@9:00, you hit on the reason that every place that built this exact design back in the 70s and 80s is now replacing it with "pods" similar to what KCI started out with. We should have devoted Terminal B to arrivals and Security screenings, connected by "people movers" to C and A.

They'd better have very good security at this boondoggle that we just had to have.

Biden is a Soros ass-puppet.

9:39 your luggage ? He cleans the shitter . not a baggage handler. Even those goods thieving monkeys have some standards.

He cleans the shitter with his tongue.

Oh Chimpy. You're so jealous of people who aren't stuck in the zoo like you.

There's a blog in a midwestern town
Calling out the corruption that's sending it down
Lonely readers pass the time away
And talk about their Mahomes latest play
There's a girl in this former cowtown
And she works layin' whiskey down
They say, Brandy, fetch another round
She serves them whiskey and wine

'Til one day Quinton and Rex
Come into her bar and lay down a hex
It's now ten o'clock and you MUST close down!
Said the two bumbling fools, a couple of clowns
Brandy pleaded, You've destroyed my business and left me destitute.
Not to worry, the clowns squealed with delight
Join our team and become a prostitute!!!

The “30 Rock” star, 62, continued to defend wife Hilaria (neé Hillary) Baldwin on Instagram Monday for faking her Spanish accent and heritage, eventually opting for a cryptic Mark Twain quote to summarize his feelings.

“A lie can travel half way around the world while the truth is putting on its shoes,” the quote read.

“Like your wife being Spanish when she lived in Massachusetts her entire life,” one user wrote. “I take it her accent is fake as well? FRAUDS!”

After reading this attack, Alec replied, “Go f–k yourself.”