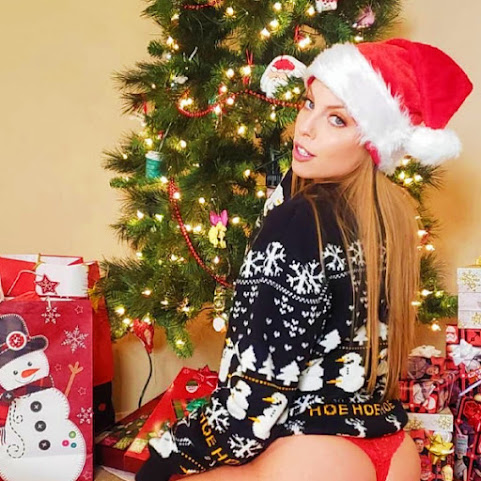 KANSAS CITY, MO (KCTV/AP) -- Truman Medical Centers/University Health has received its first shipment of the COVID-19 vaccine from Pfizer. Vaccination of frontline healthcare providers will begin Monday, a hospital spokeswoman tells KCTV5 News. "This is the light at the end of the tunnel," said Dr. Mark Steele, who serves as executive chief clinical officer.

KANSAS CITY, Mo. - With a little more than two weeks to spare, the Jackson County Legislature has finished allocating the last of the nearly $122.7 million it received in CARES Act money. The county offered a final breakdown Monday of the allocations, which had to be expended by Dec.

WILMINGTON, Del. (AP) - Joe Biden and his top aides have a message for President Donald Trump and his supporters: It's long past time to move on. With the Electoral College meeting to formally elect Biden as president on Monday, the president-elect's team says it hopes Republicans will consider their own long-term interests (and the country's), accept Trump's defeat and focus their attention on fighting the coronavirus pandemic and staving off economic tumult.

The US attorney general, William Barr, one of Donald Trump's staunchest allies, has resigned just weeks after he contradicted the president by saying the justice department had uncovered no evidence of widespread voter fraud that could change the outcome of the 2020 election.

Trump Strutted Like a Player, But Also Got Played

(Bloomberg Opinion) -- Anyone still clinging to the idea that Donald Trump is a crafty strategist who furthered his goals by corrupting everyone around him during an unspooled and vindictive presidency might want to consider, instead, that Trump himself was often gamed - at least when it comes to some of the signature policies that will define his administration.

When Brittany Palomo was hired as a nurse in March, her parents tried to talk her out of it, fearful of the fast-spreading coronavirus. The pandemic, though, is a nightmare -- one that has now claimed 300,000 lives in the U.S. and counting. "Wake up, my little girl, wake up!"

Dr. Anthony Fauci on Monday predicted that the United States could achieve herd immunity against Covid-19 by "the end of the second quarter 2021" after vaccines are more widely deployed.

A COVID-19 vaccine is bringing hope for some, concerns for others

KANSAS CITY, Mo. - While many people await the arrival of the coronavirus vaccine in the metro, there are still some who do not plan on being vaccinated. Two ladies who lost a loved one to the coronavirus, shared their story with FOX4 in hopes that it encourages people to think twice when it comes [...]

The Royals have re-signed reliever Greg Holland to a one-year, $2.75 million deal, according to ESPN reporter Jeff Passan. MLB.com reporter Jeffrey Flangan notes Holland can receive up to $1.5 million in incentives. Holland appeared in 28 games for the Royals in 2020, with 31 strikeouts in 28 1⁄ 3 innings with a 1.91 ERA.

Tuesday will be cloudy and chilly

A GREAT AND CHILLY DAY - GRAY AND CHILLY DAY. 28 DEGREES B 9:00, OVERNIGHT LOWS HEADING INTO TUESDAY, MIDDLE 20'S. IT WILL BE COLD, NOT TALKING ABOUT TEENS. CLOSER TO 25 IN LEAVENWORTH, 26 IN OLATHE. HEAVY CO WEATHER, HEAVY COAT WEATHER ALL DAY LONG.

As Kansas Citians reel from the ongoing COVID-19 pandemic, many are turning to entrepreneurship, reports ecosystem builder KCSourceLink, citing a 367 percent increase in the number of people who reported starting a business.

A $2.5 million grant to the National WWI Museum and Memorial will allow it to hire an endowed curator for faith and religion, the museum announced Monday. Lilly Endowment Inc. gave the grant through its Religion and Cultural Institutions Initiative, according to a release.

It's great you're wearing masks, Kansas City. But don't waste your time doing it wrong

As a physician, I'm pleased to see people wear masks in public to protect themselves and others from COVID-19. Masks are the best tools we have available to fight the virus. The disease is real. At least 90,000 Kansas Citians have contracted COVID-19 and more than 1,000 have died.

Hotels offered to Kansas residents isolating due to virus

EMILY: RIGHT NOW AT 5:00, A MOMENT OF HOPE FOR THE UNITED STATES. SHIPMENTS OF THE PFIZER VACCINE ARE GOING OUT ACROSS THE COUNTRY, SETTING INTO MOTION THE LARGEST VACCINATION EFFORT IN AMERICAN HISTORY. D-DAY OR DISTRIBUTION DAY IS HERE. GOOD EVENING. I'M EMILY HOLWICK.

The federal Food and Drug Administration has approved the first coronavirus vaccine for emergency use in the United States. The federal government will begin shipping the vaccine to Missouri and other states within days. Public health officials have said a widely available vaccine will ultimately control the pandemic that has killed nearly 5,000 people across the state, overwhelmed hospitals and devastated businesses.

Nine low-intensity earthquakes have rattled the Wichita area since Thanksgiving

Mattie Rhodes Center's Northeast Alliance Together (NEAT), a community development corporation, is asking for volunteers to help youth with career readiness skills. The Junior Achievement It's My Future Program will teach local 6th through 8th grade students ways to develop their personal branding and job-hunting skills.

The salsa that is going to come in and upend your condiment and hot sauce rotations is less reliant on summer vegetables and more on the humble, wonderful peanut. This is salsa macha, and this Veracruzan specialtymost often features chile de arbol peppers, roasted peanuts, garlic, olive oil, and sesame seeds.

The pandemic has been a time of isolation for a lot of people and that includes the homeless. One shelter is trying to make sure they are not forgotten during the holidays and it needs your help.Cold weather is always a challenge for the homeless in Kansas City and homeless shelters are now more limited on space because of social distancing requirements.

This holiday, Jax Fish House & Oyster Bar is introducing its version of La Cena Della Vigilia, the Feast of the Seven Fishes. For centuries, Italians and Italian-Americans abstained from eating meat on the eve of certain holidays, such as Christmas, in observance of religious custom.

OVERLAND PARK, KS (KCTV) -- To whomever this may help in this elf season, bake cookies not elves, one Overland Park mother warns. Like many households during the month of December, the Elf on the Shelf has become a beloved tradition for parents to hide the elf doll around the house for kids to find each morning.

Joe's Weather World: The biggest snowstorm in a few years is not in KC

It will NOT hit us...sorry...couldn't resist. Sure I could've waited till the middle of the blog...and actually I could've been cruel and titled the blog "the biggest snowstorm in a few years..." and left it at that. There have been big snows to the south of here...to the southwest of here...and as the week unfolds [...]

Firing people on Twitter is weak. Troll tactic. After all his TV junk, he never fired somebody during a press conference or a rally. That would have been boss but he was too scared to do it. Sad.

Didn’t Frankie boy give out half of the stimulus money the first time round? About 62 million? He just dished out at least 72 million according to the article, so did he accidentally give 10 mil too much!

He really was the citizens president and that makes him the greatest President evar.

The dimwits are too stupid to realize and as usual until it’s too late that a major disaster is coming right up... and you asked for it too.

^^And, you think we're stupid?


Corrupt China Joe Biden will NEVER be the President of 80 million Americans.

^^^ He sure as hell will be on January 20th, so unless you can accept it, go find someplace else to sit, squeal and sulk. We had to put up with Trumps lies, greed and incompetence for four years while you lot shrieked hatred at us and did your best to destroy everything that has made this Country great, but Patriotism and Americanism are back now, and your divisiveness and destructiveness failed.

Q: What's it called when Saint Nick has his way with a Brit hoe?

Some say evolution of the soul is in three stages over the course of many lifetimes: vegetable animal and human.
Vegetable is primarily concerned with survival food and sex.
Animal is concerned with money power fame.
Human is concerned with ethics, taking responsibility for their free will, soul, and spirit,serving God as God sees Himself through us.

Biden will NEVER be the legitimate President.

Has Melania filed for her divorce yet?

9:49: They'd have to dredge slime pits to find a worse human being, let alone president than Donald Trump. Charles Manson might fit the bill, but it would be a tough call.

@10:32, the other 230 million of us have just come through four years of not having a President, we've been ignored and battered and abused, but we have survived.

Now the 80 million you claim to exist have the choice of either isolating yourselves in a bitter cocoon of hate and fear or coming to terms with reality.

The World has moved past the brief aberration of Trumpism, why don't you try moving along with it?

6:50. They spent four years dredging slime pits looking for anything and anything and never found a single thing with which to smear President Trump that was real. It was all fake. The piss dossier. The Russian collusion. The Ukrainian phone call. None of it amounted to a hill of beans. Hunter Biden has more dirt in his little pinky than the Trump families have in all their bodies. China Joe Biden enabled him and profited from his international sleaze racket. There is your worse human being.

I guess snorting cocaine off a 13 year old's ass is acceptable behavior for the new "alleged" son-in-chief. Just one of the disgusting things on his Laptop From Hell the MSM buried months ago, that has now magically come back to the surface, since the dust has settled. I hope they do a forensics screen on everything on it and expose the vile BIDET family for the pieces of corrupt shit they are.

^^and yet none of that is true whatsoever. Weird.

^^ people are perfectly capable of ignoring or fact checking the commenters you contradict with your stupid vacant signature sound bite all by themselves. don't need your help nanny.