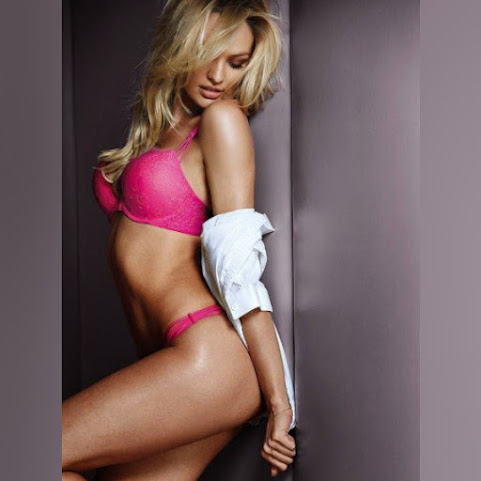 Tonight we consider the newsworthy panty promotion career of hottie Candice along with community news, pop culture and top headlines.

A Kansas City, Missouri, man is speaking about his participation in a clinical trial for the new Moderna COVID-19 vaccine. "It's an incredible sign of hope," said Ben Snider, who volunteered for the trial after seeing a friend post about the opportunity on social media earlier this year.

SMITHVILLE, Mo. - The Looman Family Christmas Lighting in Smithville is a hit with locals during the holidays. "Everybody drives by. It makes you really happy when you can see it," Smithville Police Officer Clair Henry said. Penguins, snowmen and Christmas trees are on display from Thanksgiving night through New Year's Eve.

KANSAS CITY, Mo. - A Grain Valley man won nearly $450,000 earlier this month through the Missouri Lottery. Jack Wilson matched all five winning numbers in the Dec. 9 drawing for the Show Me Cash jackpot. He purchased the winning ticket at Casey's General Store on Southwest Eagles Parkway in Grain Valley.

Candice Swanepoel has gone from top model to swimwear designer thanks to her line Tropic Of C. And on Thursday the blonde beauty from South Africa was back at modeling her bikini designs for the brand as she stood on a pristine beach dotted with mature palm trees.

Alabama GOP Rep. Mo Brooks and fellow House conservatives met privately on Monday with President Donald Trump and Vice President Mike Pence as the lawmakers prepared to mount a long-shot bid in January to overturn the Electoral College results that made Joe Biden the official winner of the election.

Joe Biden got the Covid-19 vaccine on live TV

President-elect Joe Biden received his first dose of the Covid-19 vaccine in Delaware on Monday on live TV. After rolling up his sleeve and getting the shot, Biden thanked health care workers and scientists. "We owe these folks an awful lot," he said.

Pennsylvania Republican Senator Pat Toomey's effort to wind down emergency low-interest lending programs for small businesses and state and local governments removes a major long-term business threat to his largest campaign contributors as he looks ahead to a career outside the U.S. Senate, according to campaign finance data reviewed by The Daily Poster.

You know that couple at the holiday party that wants you to know that the love is not lost in their relationship, if you know what they mean, you do, don't you, wink? And you definitely think you heard someone calling your name and gotta go refill your drink?

The Vatican says that it's "morally acceptable" to receive a vaccination for the coronavirus, even if the vaccine's research or production involved using cell lines derived from aborted fetuses, given the "grave danger" of the pandemic.

KANSAS CITY, Mo. - It was a real nightmare come true for one Northland mom, but when FOX4 shared her family's story, another family came to the rescue. "I felt so terrible. It was my fault," said Jo, who asked that her last name not be shared out of safety concerns.

Mild temps for your Tuesday

CRESCENT MOON, A LITTLE LOWER FROM THE CRESCENT ITSELF. THE FORECAST IS LOOKING PRETTY NICE, WITH TEMPERATURES IN THE 40'S BY ABOUT 9:00. LOW TEMPERATURES BY TOMORROW MORNING, 31. IT IS GOING TO BE JUST AS WARM, CLOSE TO 59 DEGREES IN THE AFTERNOON.

A month to go, and Trump is still working on his legacy as the worst loser in history.

Don't be surprised when he invokes the Sedition Act on January 6.

It's the last card in his hand.

The Proud Boys are standing by ...