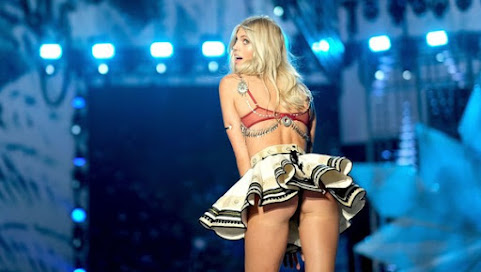 Sorry, we're exceptionally late with this compilation because we were busy making bets & IOUs with that stimulus check that's on the way.

Nevertheless, we present this collection of pop culture, community news and top headlines for right now.

KANSAS CITY, MO (KCTV) -- Monday marks the Winter Solstice, the shortest day and longest night of the year. For 173 families in Kansas City, their longest night was when they found out their loved one had been killed in a homicide.


All About The Vaxx

FAQ: Answering Your Questions About The Coronavirus Vaccines As Inoculations Roll Out In Kansas City

Hospitals across the Kansas City area have started vaccinating frontline health care workers against COVID-19. Public health officials have said a widely available vaccine will ultimately control the pandemic that has killed more than 7,000 people across Kansas and Missouri.

After a struggling year, local retailers get big help from shoppers weekend before Christmas

KANSAS CITY, Mo. - In a year where brick and mortar stores have struggled to survive, the weekend before Christmas represented a bright spot for local retailers. With only four shopping days till Christmas, many stores just experienced their biggest financial upturn of the year.


Hotties Have Probs, Too

Victoria's Secret model Devon Windsor has revealed to her Instagram followers that she has been battling with her skin this year after having "near-perfect skin" for most of her life. Showing off her acne with a bare-faced photo to her 2.2 million followers, she wrote: "If you have been following me for a while it will come as no surprise to you that I have been struggling with my skin.

President Donald Trump has passed an executive order stating new US government buildings must be "beautiful" just one month before Joe Biden takes office. The order, titled Executive Order on Promoting Beautiful Federal Civic Architecture, was passed on Monday 21 December 2020. President-elect Biden will be sworn in on 21 January 2021.

Stimulus checks of $600 are coming - here's who will get one

A second round of stimulus checks will soon be landing in the bank accounts of millions of Americans, thanks to the $900 billion economic relief package that Congressional leaders agreed to on December 20. But there are some significant differences this round, including the amount: $600 per person, half of the $1,200 directed toward most adults in the first round of stimulus checks.

subscribe to The NPR Politics Podcast podcast Attorney General William Barr said Monday he sees no reason to appoint a special counsel to lead the ongoing federal investigation into Hunter Biden or to further probe President Trump's claims of widespread fraud in the 2020 election.

The lawyer and conspiracy theorist Sidney Powell was back at the White House on Sunday night, reportedly to pitch Donald Trump on a plan to seize voting machines as the US president continues to dispute the result of November's election, which he lost.

Chiefs RB Clyde Edwards-Helaire suffered what is thought to be a high ankle sprain and a strained hip and is expected to miss the rest of the regular season with the hope is he can return during the postseason, a source told ESPN's Adam Schefter.

KC-area sites get ready for Moderna vaccine, including old Kmart in KCK

KANSAS CITY, KS (KCTV) -- Moderna's COVID-19 vaccine is on its way to thousands of health care facilities around the country this morning, and local places like KCK's old defunct Kmart will act as a vaccine distribution site. Wyandotte County is allowing the public to take a look inside the site later this week.

KANSAS CITY, Mo. - Jewish Family Services has seen an "exponential increase" in meals to hundreds of families since the COVID-19 pandemic began. On Sunday, JFS continued its work at the Jewish Community Campus, 5801 West 115th Street, with a drive-thru food pantry event sponsored by the Rabbinical Association of Greater Kansas City.

FALL. SOMETIMES. IT'S JUST THE WAY IT WORKS OUT CAPITOL FEDERAL CITY VIEW, KANSAS MORNING A CLEAR SKY A WEST BREEZE KEEPING US ABOVE FREEZING. WE'RE 41 DEGREES RIGHT NOW IN KANSAS CITY, NO WIND GUSTS YET, BUT IT WILL GET GUSTIER AROUND LUNCHTIME INTO THIS AFTERNOON 41 IN LEAVENWORTH UP TO ABOUT ACHESON 40 IN OLATHE 43 IN LEE'S SUMMIT IN 41 DEGREES IN WARRENSBURG.

Foo Fighters - Shame Shame is the song of the day and this is the OPEN THREAD for right now.


Chiefs player hurt? Good they have no business playing during the pandemic, I just wish it was Mahomes. Can't stand that clown.

It's the Holidays let's be nice .

Unfortunately, Trump's idea of "beautiful" is anything designed by Albert Speer.

Deep State Barr and his slow walk for everything is a traitor to the American people. The progressive communists have certainly been playing the long game where Republican's are too short sited preferring to let people exist in freedom. When McCarthy was attempting to purge communists in the government, they didn't leave anything but the limelight. They quietly went about their work. Infiltrating the Democrat party, government positions of mediocrity, education system. Now 50 some odd years later they are on the cusp of success: the destruction of the beacon of light to the free world. The democrats are fully on board, even old-skool ones with the progressive communist agenda of their party. The education system, once the greatest in the world, has been obliterated, where highschool seniors couldn't even hold a candle to middle school asian students. The entrenched bureaucracy may be too embedded to fully expunge, in government positions throughout the Country in all aspects of governance. Millie is a prime example of the culmination of their efforts: parental dependence on government for existence, schooling without teaching any information or critical thought, a vacuous rage against his "enemies" that we know as traditional American's. Where it goes from here I can only imagine, but it's happened much more quickly than I ever thought.

^^^^And yet Trump is the closest we've ever come to a fascist coup. Weird.

Tony, we know you weren’t making bets, etc. We know you had some fat chick last night and had to get really drunk before you could fuck her.

@3:42 I watched the same events you talk of, and have seen the Republican Party turn away from its long-standing traditions of fiscal responsibility and controlled spending into the Reaganesque "Whoopee! Lets shift the tax load away from the Rich and onto the Working People and spend, spend, spend!" mindset that is universal in the GOP today.

Communism failed, Pardner! It failed in both the Countries where it originated, it collapsed, and all the prophets who said it would fail because it ignored basic human nature were proven right. Your Oligarcic scare tactics don't have any effect anymore.

What you try to denigrate with the Bugaboo of "communism" is simply the United States slowly catching up with the rest of the Developed World and beginning to pay some attention to the needs of its Citizens, rather exclusively those of its Wealthy. And the name for that osn't "Comminism", it's "Civilization"!

@4:28, I don't disagree with you, the Republican party has certainly contributed as much to our fiscal problems as the progressive democrats; pigs at the trough. However, that doesn't change any of the analysis about the commies playing the long game. Yes, they've watched their utopias fail everywhere except China. However, they've never had the opportunity in a Country as "rich" and unique as America. They certainly are "here" fully in-place as the modern democratic party with several members of that body politic as publicly avowed communists.

You are truly the biggest fucking idiot ever!

A big THANK YOU to Tony's Kansas City, my first source of news on the metropolitan area. Thank you for the news, and thank you for the free speech zone that permits racial realists to discuss reality.

Hunter Biden is now selling "art" made by blowing paint out of a straw. Why does everything in that man's like involve a straw and a bodily orifice?

@4:43 you equate both "Socialist" and "Marxist" with "Communist", which is nothing more that a label of justification slapped onto a particular variation of Totalitarian Government. Karl Marx, in "Das Kapital", said that there is only one European Country where "Communism" could never succeed, and that was in Russia, because the Russian Middle Class was too small of a percentage of the population.

What Capitalist Countries decry as "Communism" is a system of Government called "Democratic Socialism", whereby the Wealth-Creating Class (the Middle Class and Working People) seize partial control of what the Government is doing from the Wealthy, and direct it toward the benefit of the entire People.

That is what is happening to a minor extent in this Country, and that is what has the Wealthy, and therefore their political tool, the Republican Party, so upset.

TRUMP WAS NOT THE DISEASE, MERELY A SYMPTOM!